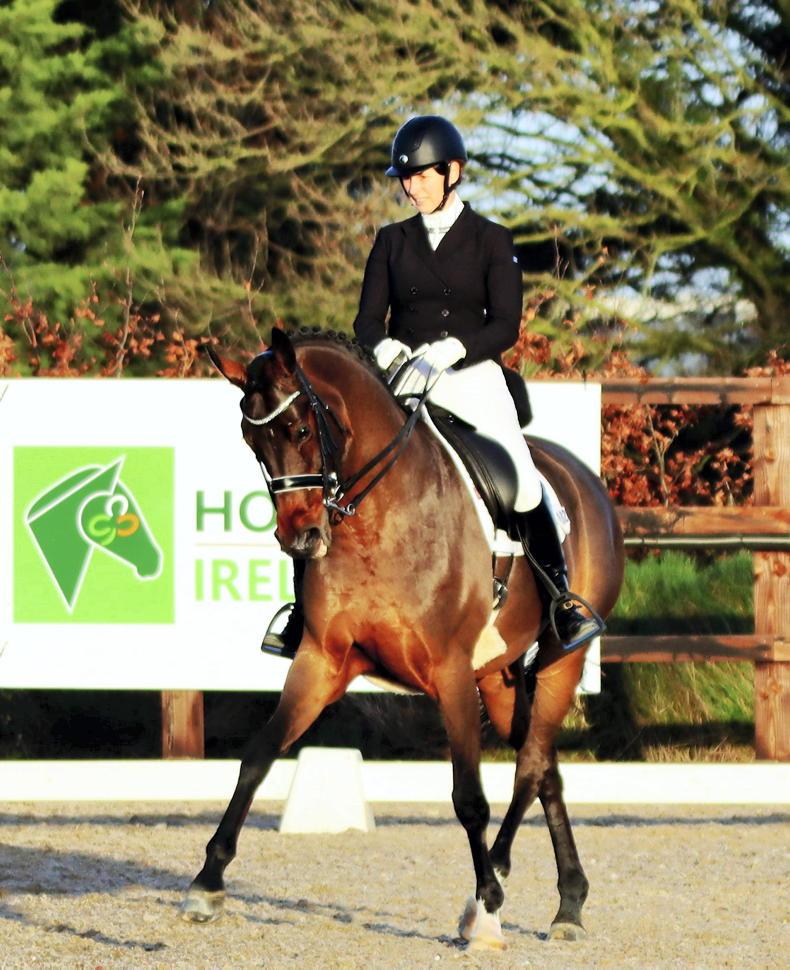 THE fourth qualifier in this year’s Horse Sport Ireland autumn dressage development series was run by the South Munster region last Sunday at Ballindenisk where the eventers had been in action seven days earlier.

It was sunny but a bit cold at the Fell family’s famed Co Cork venue where over 70 tests were judged between the two arenas. “There was a really high standard of dressage at all levels and a lot of smiling faces,” commented regional chair Angela Lyons.

“We had competitors from all over Ireland but Julia Hammenberg and Jennifer Rea kept the flag flying for South Munster.”

List 2 judge Marie Hennessy assessed those forward in the young horse qualifiers with her narrow winner of the two-runner four-year-old class being Nicki Russell and her Connemara mare Callowfeenish Silver (72%), a bay by Kippure Alkatraz out of Callowfeenish Homer (by Dunloughan Scot). Niamh Tottenham was just beaten into second on her home-bred grey Tyson gelding, Slieve Callan Gael (71.2).

While there two starters also in the five-year-old division only one was qualified under the Irish-bred rule that being Pretty Unique who scored 67.90 under joint-owner, and Dressage Ireland chair, Marguerite Kavanagh. The Celtic Hero BZ gelding was bred in Co Offaly by Etter Sportpferde out of the Wandango mare What A Feeling B.

Four combinations contested the six-year-old qualifier where Hennessy’s top score of 72.59 went to the aforementioned Jennifer Rea and her ISH gelding Fermoyle Charles (72.59) with Tottenham again having to settle for second, this time on her Watermill Swatch mare Fortmoy Queen Bee (67.76). The winning S Creevagh Ferro gelding was bred in Co Sligo by Henry Gardiner out of the Grade A mare Fermoyle Jane, a daughter of Captain Clover.

Hammenberg’s win came in the Novice qualifier where List 1 judge Dermot Cannon awarded her a score of 73.22 following her performance with the Dutch Warmblood gelding Kensington By Tacx, a six-year-old chesnut gelding by Jazz. Cannon also judged the Advanced Medium qualifier where he awarded his top score of 71.15 to Elaine Potter and her ISH gelding CLH Big Red, a 10-old chesnut by Womanizer. Second here on 68.72, Tara Oliver won the Hennessy-judged Advanced with her Oldenberg gelding Senators Rhonaldo (67.57), a seven-year-old bay by Rhondeo.

The majority of the higher graded classes were judged by Cannon whose winners were Sarah Mellor and her 11-year-old Hotline mare Hotshot (68.53) in the Intermediaire I and the same rider and her Oldenburg mare Let’s Dance (an uncontested 64.34) in the Grand Prix. The Prix St George came under the remit of Joan Ahern whose successful combination on 70.93 was Mellor with Hotshot.

Kate Solon won the Preliminary qualifier when Marie Hennessy awarded her a score of 74.2 for her work with her 11-year-old ISH gelding Oakport Ringo Star, an 11-year-old by the very poorly supported thoroughbred stallion All My Dreams. The chesnut was bred in Co Roscommon by Michael Keane out of the Ginger Dick mare Amber Rose. 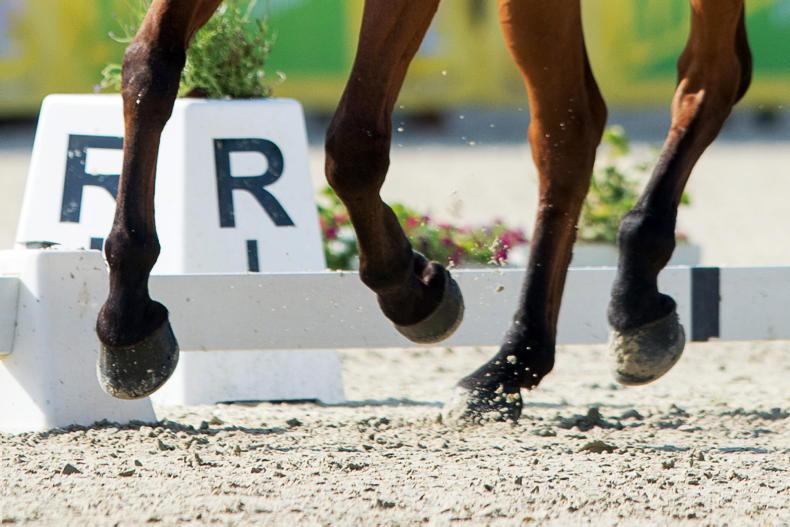 Irish Field Contributor
IRISH HORSE WORLD FIXTURES: JANUARY 15th 2022
A listing of what's on in your area and also on the international scene 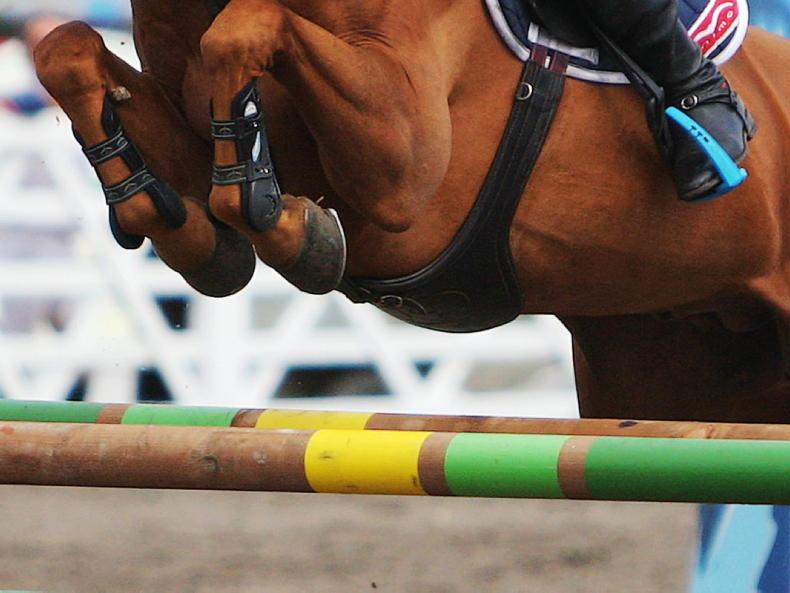 Irish Field Contributor
IRISH HORSE WORLD FIXTURES: JANUARY 1st 2022
A listing of what's on in your area and on the international scene as 2022 begins 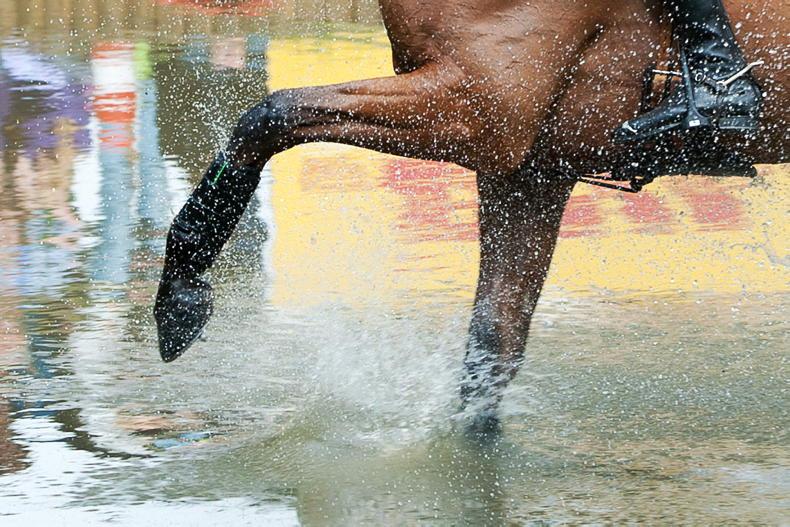 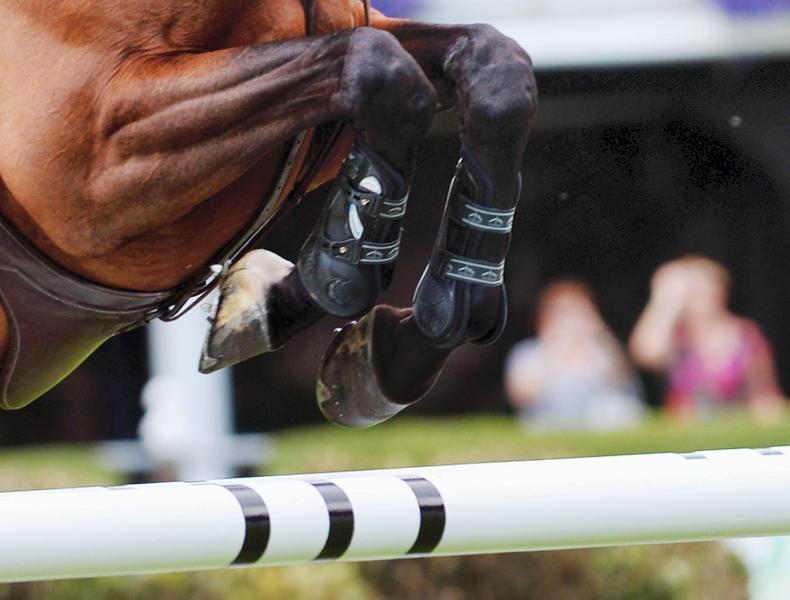