Title: DRESSAGE: "The rising standard of dressage is Joan's legacy" 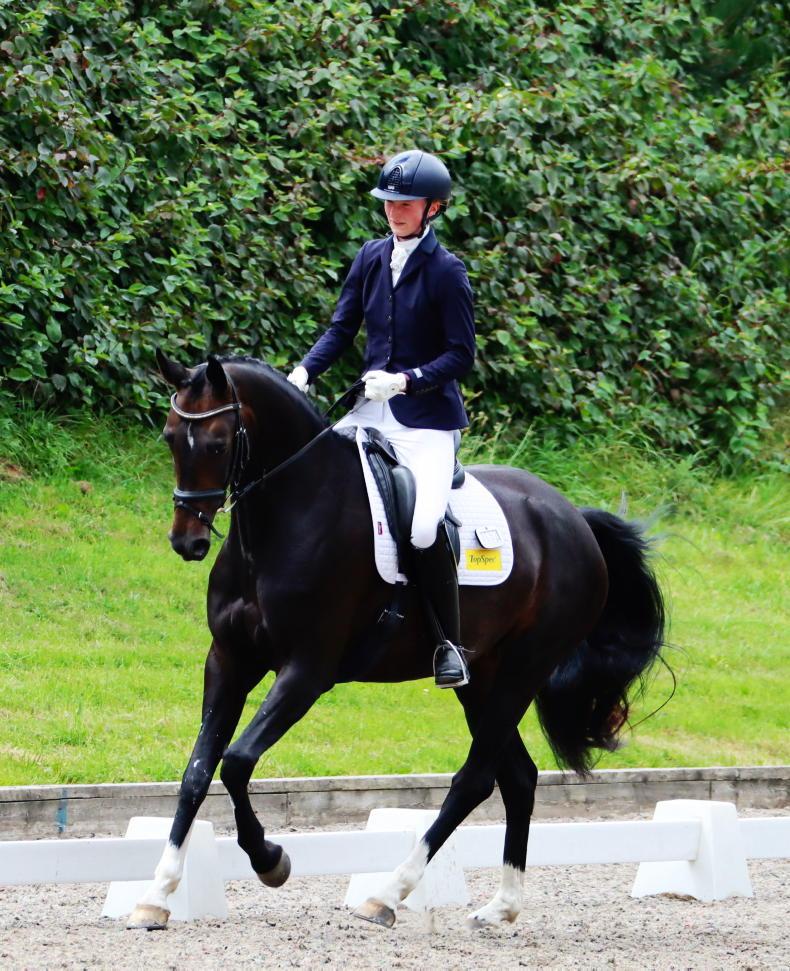 THE South East Region held its annual NutriScience Classic at Spruce Lodge last weekend with the event considered a success by organisers and competitors alike. All the stables were full at the Co Wicklow venue and also in many of the surrounding livery yards.

“We were delighted with the turn-out, we’ve a great team running these shows now and we somehow managed to dodge the showers!” said regional chair, Mary Cox.

“We are indebted to the Keogh family who allowed the Classic to go ahead following the recent death of Joan who was mentioned many times over the weekend and in whose memory a minute’s silence was held during the main prize-giving ceremony on Sunday.

“The rising standard of dressage in Ireland, which was so evident over the two days of the Classic, is Joan’s legacy as it was through her commitment to the sport and her foresight to bring in such wonderful coaches over the years, like Conrad Schumacher, that dressage has progressed so far in this country.”

There were three visiting judges at the Classic, British Dressage List 1 judge Anita Darken and, from The Netherlands, Jeanette Wolfs and Karin Retera, along with the home-based quintet of Marie Hennessy, Bernie Webb, Jillie Rogers, Clare Fitzsimons and Bróna O’Mahony.

“Mostly the horses I judged were presented in a correct way and, overall, the quality was good with a number of really promising horses at the advanced level,” said Retera with Wolfs commenting: “In general, there was correct riding with the top combinations making good presentations. I would like to see more self-carriage at times, but overall it’s very promising for the future.”