Ryan McElligott provides a horse-by-horse guide to an intriguing renewal of the Baroneracing.com Drinmore Novice Chase 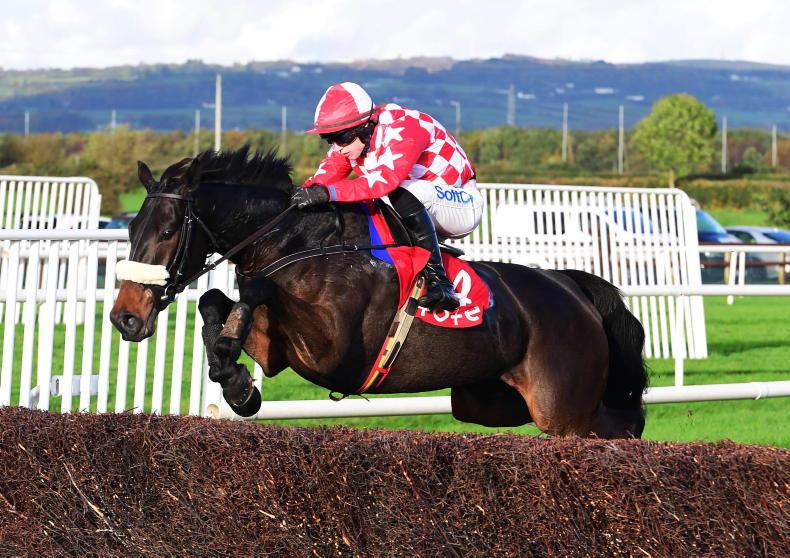 Beacon Edge: High-class hurdler and made a decent start over fences when chasing home Lifetime Ambition at Down Royal a month ago. That experience should bring him forward and he is one of many with a lively chance.

Bleu Berry: Former Coral Cup hero who produced a nice effort to defeat Buddy Rich in a beginners’ event at Listowel in September. He has since come up short behind Cape Gentleman in a useful contest over two and a half miles at Cork and this race demands more.

Cape Gentleman: Impressed on his chasing debut at Punchestown where he made short work of Buddy Rich and then looked good in a Cork Grade 3 where he trounced the returning Run Wild Fred. He found Riviere D’Etel much too good last time but he was giving that rival a lot of weight and the return to this trip could will suit.

Fire Attack: Formerly a high-class bumper horse who didn’t progress after initially promising start over hurdles.His successful debut over two and a half miles in a restricted beginners’ chase at Wexford last month was encouraging but a lot more needed now.

Fury Road: High-class hurdler at his best and got his chasing career off to a bright enough start when he was second to Gabynako here a few weeks ago. That experience should bring him on although possibly slower ground and a longer trip would show him off to best effect.

Gabynako: Reached the frame at Grade 1 level as a novice hurdler and progressed well from his chasing debut behind Noble Yeats at Galway (beaten a head into second) to win a smart two-mile–five-furlong beginners’ chase at this track a few weeks ago. Jumped superbly last time and if he does so again, that will put him into the thick of the action.

Grand Paradis: Progressed very well as a novice hurdler last spring when he won at Grade 3 level and was in the process of running a nice race on his chasing debut at Down Royal a month ago when falling at the second last in a race won by Lifetime Ambition. That wasn’t ideal but a strong showing wouldn’t shock.

Lifetime Ambition: A little frustrating over hurdles but impressed with a superb round of jumping on his chasing debut at Down Royal where he defeated Beacon Edge by two and three-quarter lengths. This is arguably the strongest form in the line up and a strong challenge is expected.

Midnight Run: Very useful sort who possibly hasn’t quite progressed from his early runs. Returned from a good break to finish a fine fourth to Gabynako last time, having looked the biggest threat to the winner at one point.

Global Equity: Showed some very decent form as a hurdler, notably when second to Heaven Help Us at Leopardstown last February, and posted a fine effort in a rated novice chase at Galway last month when overcoming Razzle Dazzle Love. Can easily progress further as a chaser but this looks a tough challenge.

Lifetime Ambition looked to progress substantially for the switch to fences when scoring at Down Royal last month. He can surely progress from that run and looks the one to beat. Like the selection, Gabynako jumped superbly last time when winning a beginner’s event at this track and he looks a likely challenger.