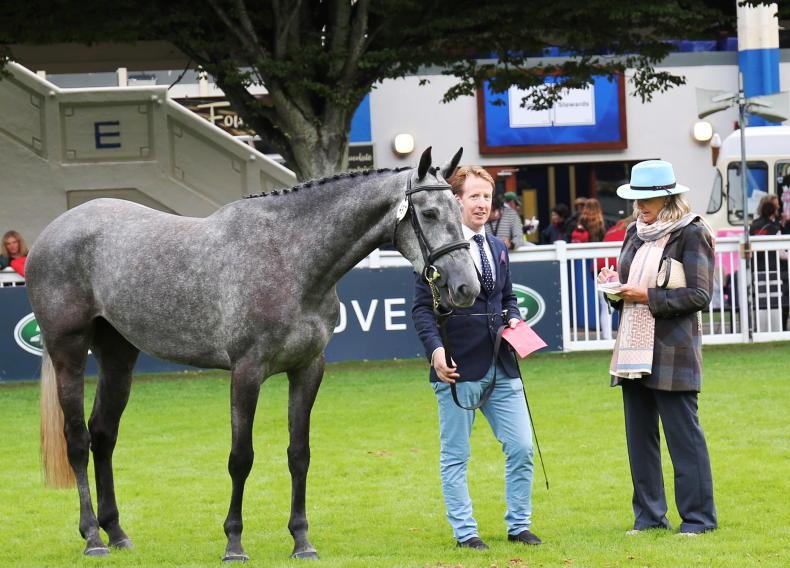 IT was game over before the first horse left the ring, and while the pathfinding position in the three-year-old potential young event horse championship is seldom advantageous, for winning young horse producer John Bannon it proved most fortuitous.

Promoted from an initial sixth spot, Bannon and his three-year-old daughter of Orestus opened the evening session with an exhibition of jumping that none could emulate. The pair were immediately rewarded by a significant mark, pushing their overall score into an ultimately unbeatable position.

“I was a long time on my own and you can never be too confident,” remarked the Co Meath man afterwards. “I kept looking across at the others performing and tried to see which ones might trouble me, and was just delighted to be still on top at the end.”

The filly was the result of a smart piece of pinhooking by Bannon, who had spotted her at a qualifier at the Top Flight Equestrian Centre back in June. She narrowly failed to qualify on that occasion, but Bannon went on to negotiate a deal with her owner Nick Sinnott. “I vetted her on the Friday, and decided to take my chance at the final qualifier at Newcastle West, and it worked,” explained Bannon.

“The idea was always to buy her for myself to produce under saddle, either as a show jumper or an event horse, and the trip to the RDS was more a bit of a day out for myself as well as experience for the filly. She has however been also selected for the Goresbridge Go For Gold sale, so now I have the dilemma of whether to produce her for next year or to sell her.” Bred by Leo Carty, the grey filly is by Orestus out of Shannondale Silver (Cavalier Royale) and is a sibling to several graded horses.

With a generous prize fund, a lucrative winner’s pot of €5,000 and monetary rewards for all qualifiers, it is no surprise that this class has now become a highly competitive fixture in the Dublin schedule. Seventeen starters from the six regional qualifiers came forward on Wednesday morning, where the renowned British judge Hayden Hankey assessed them on the flat.

The decision to omit the triangle this year was deemed a positive step, and certainly enabled Hankey to assess the youngsters more efficiently. The Cheshire man, who events at the highest level and is also a highly regarded showman, bravely used the full range of marks, and was never afraid to reward.

“These are an absolutely beautiful bunch of horses,” he commented afterwards. “Due to the atmosphere, some may not have shown themselves to the best of their ability, but in my opinion the brain has to be as good as the performance and the winner highlighted this. I like to see a horse that thinks, assesses the situation, is agile, athletic and uses its scope. The winning filly had all these, and was put forward as the one I would like to ride most and with a future as a top-class event horse.”

All 17 runners carried forward a mark out of 50 based on the conformation, and paces in walk and trot. There were a further 100 marks up for grabs in the evening session, which as usual was staged in the cage in the international warm-up sand arena. These marks were divided into sectors for jumping technique, canter, reflexes, standard of training and potential, and although flexible at times horses had six opportunities to impress.

Overall, the horses coped well with the electric atmosphere, but many of the early highly rated contenders just failed to shine. One who did however was Padraig Howley’s gelding by his resident sire Sligo Candy Boy out of Legaland Serpent by Diamond Serpent. Shown by Tiernan Gill, the elegant gelding maintained his earlier second spot, finishing just three marks in arrears of the winner. Having won the equivalent class with Toberdane Bournville Star 12 months ago, this class has been a lucky one for the Howley family, and result will have been a most welcome boost for the Howley family following the most difficult few weeks.

Peter Murdock bred this one, as well as his half-sister TMSH Lady Majella, who was well-placed in the young riders’ championship two days later.

Posting a strong jumping mark to complete in third place was Patricia Lalor’s Annsfort Ramaldik, a home-bred colt by Herald (Heraldik) out of Annsfort Roxanne (Ramiro B) whose half-brother, Annsfort Quality won the title back in 2016.

Another to pick up his ticket at Newcastle West, this smart individual was ably handled by Samantha Veti-Nurse, and well prepared by her partner Jonathan Cleary. Plans are undecided as to the future of this colt, but semen will be collected from him.

Other to impress were fourth-placed Mimi Falb’s Lisbrogan Gem Twist (by the Gem Twist clone Murkas Gem) out of the thoroughbred mare Trewins (Hand in Glove), while a point adrift in fifth was Sean Purtill’s home-bred Aidensfield Babel (Corporal VDL) out of Aidensfield Caprivce (Aldatus Z). 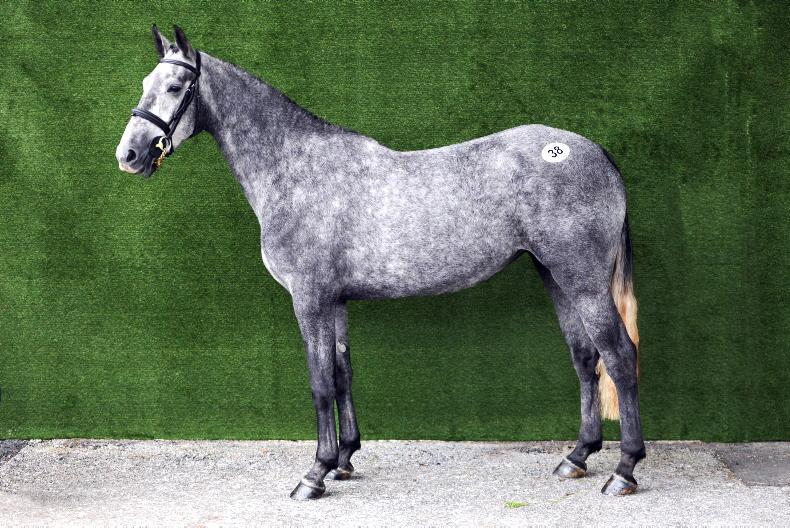 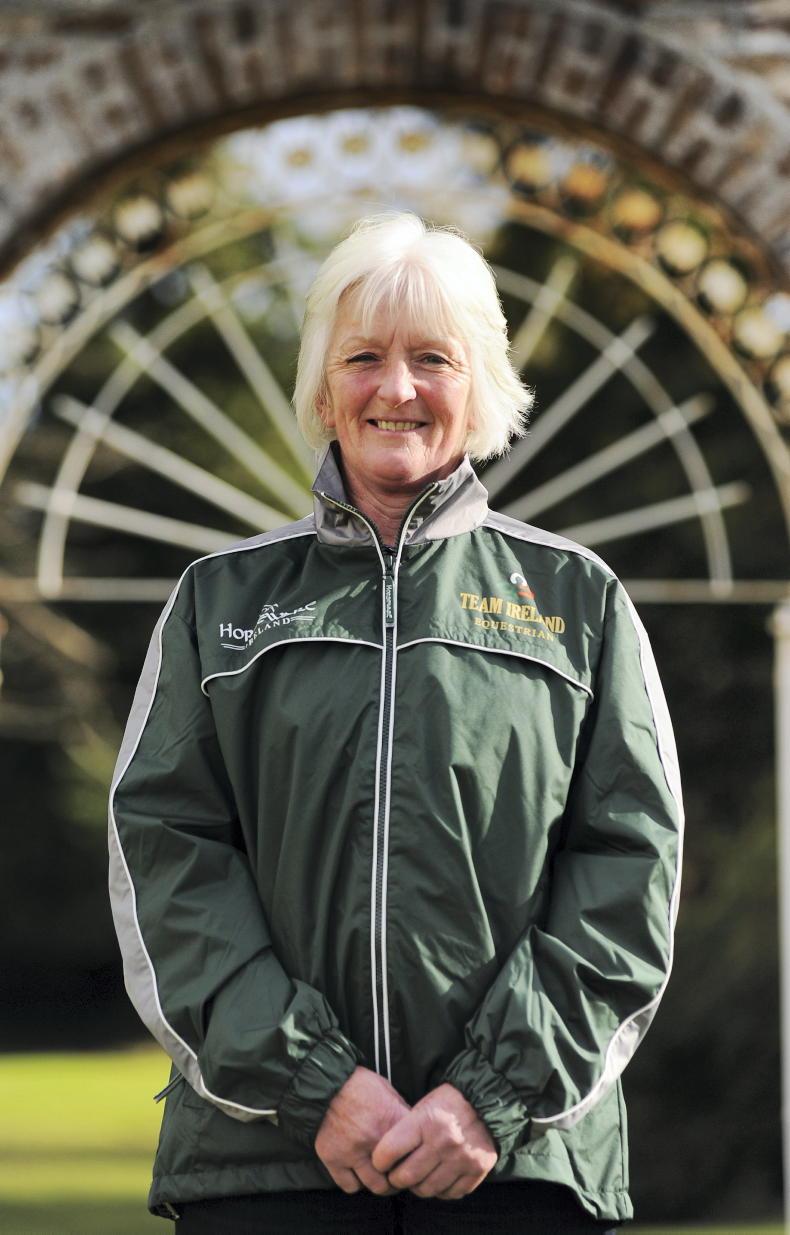 Margie McLoone
AROUND THE COUNTRY: Bannon takes 'Chance' to win
There were quality combinations out in force for the Balmoral 'Star of the Future' qualifiers hosted at Gransha Equestrian and Wexford Equestrian