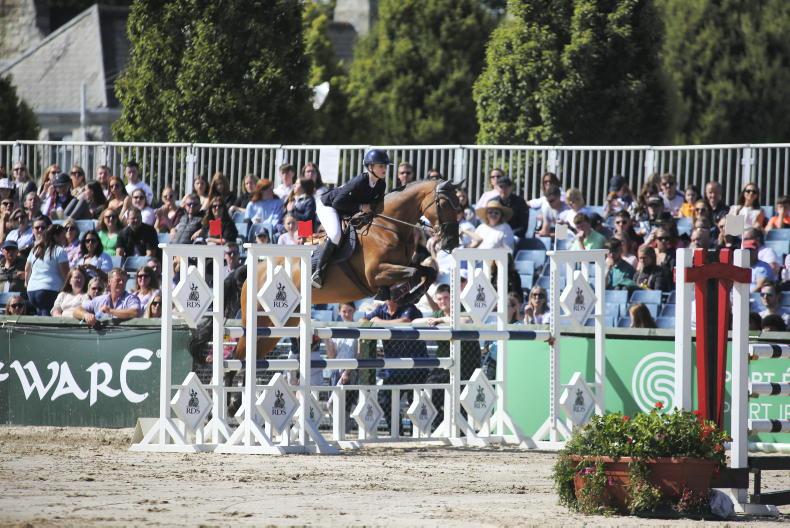 Alice Moloney and Cosima on their way to a win in the Children on Horses Championships at the 2022 Dublin Horse Show \ Alex Perry Jumpinaction.net 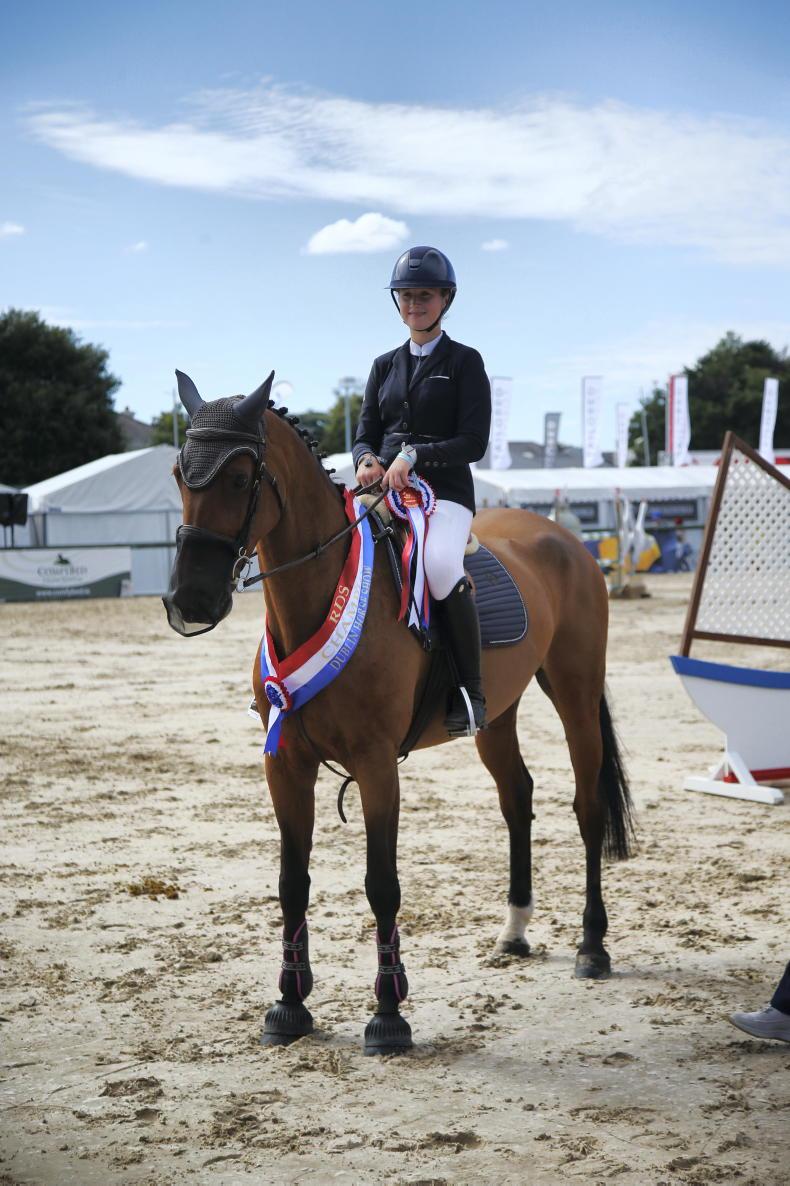 Alice Moloney and Cosima, winners of the Children on Horses Championships at the 2022 Dublin Horse Show\ Alex Perry Jumpinaction.net
Previous Next

SUNDAY’s individual Children On Horses Championship saw not an empty seat in the Simmonscourt stands. Following an exciting class, it came down to a two-way jump-off between Alice Moloney and Alanna Fagan.

The first round proved very technical with a series of demanding lines catching riders out - in particular the solid orange pole fence to the double then to tall vertical at five and a tight right turn to an oxer was not for the faint hearted. The course then travelled left to the combination and onto an oxer.

First to go in the jump-off was Mullingar’s Alanna Fagan with Ballycarrick Lass and she left nothing to spare. Opting to take the inside line from the orange vertical to the oxer saw her set a tough target of 32.98.

Alice Moloney had no choice but to go for it with Cosima. The young Kilkenny rider got a good shot to the vertical before the double and galloped home in a time of 30.81 to take the title and leave Fagan to take the reserve place.

Speaking afterwards Alice said: “It was great to win here today after such a great day in the team competition. We bought the horse in Sweden, a 10-year-old by Carell. My mum Linda produced the horse and she decided to keep it for me to compete.”

It has been a good year for this combination as they took the leading children on horse prize at Mullingar International after clocking up results in the international classes. They also claimed fifth place in Opglabeek in the CSIOCh Grand Prix.

Ruby Lily Gaines and Winsome Z proved out of luck when they had one down in the first round in a 60.68, this would later prove good enough for third, ahead of Isobel Hourigan and ESI Carvalho who also finished on four faults in 67.53. Isobel Sheehan and Ahare Olympic Flemmencio were back in the line-up, taking fifth place when they had one down in 68.74. Sixth place belonged to Jackson Brosnan and Bitcoin, also carrying four faults in a time of 70.33.

The stands were packed last Saturday for the Children on Horses team championships took centre stage.

Four teams took up the challenge and in the end it came down to a two-way jump-off between two Kilkenny riders, Alice Moloney (Cosima) of the green team and Isobel Sheehan (Ahare Olympic Flemmencio).

Team manager Tommy Gibbons said: “It was a great team and they all knew what they needed to do. This is a great initiative for the children and it was a very good competition.”

The course was up to standard and consisted of two curved lines between fence three and four and then later at fence eight and nine. The swan fence with solid orange poles and the striped poles at fence three, also demanded careful attention.

First to go against the clock in the two-way jump-off was Alice Moloney and Cosima. Setting off at a determined pace, she got a great turn from 10a and 10b. She then got a good shot back to the new fence, the bell fence, and then back to the penultimate oxer, stopping the clock in 30.48. Next up, Isobel Sheehan wasted no time, but despite a series of good turns, came home clear in 31.53 for second place. Taking third place was Crean’s pink team on a total of eight faults, followed by the O’Connell blue team (12 faults).