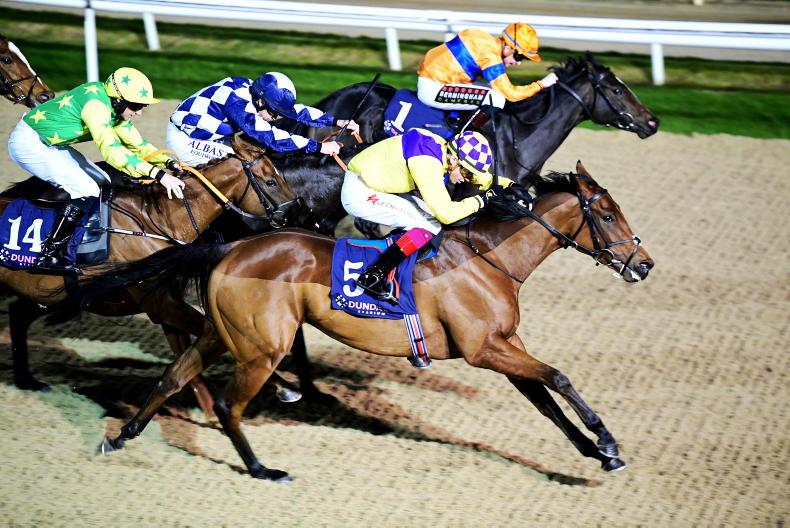 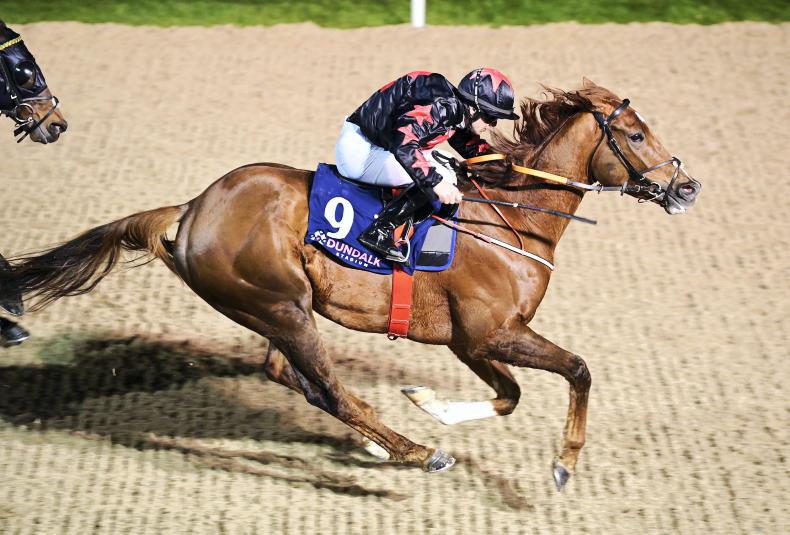 Browne McMonagle was a significant factor in the success of the Joseph O’Brien-trained Excesso Velocidad, who came out in best in a three-way thrust to the line in the Irish Stallion Farms EBF Fillies Maiden over six furlongs.

The Rectory Road Holdings Limited-owned filly was a drifter in the betting beforehand (7/2 to 13/2) but responded well to the urging of her rider, who said: “I was fairly confident coming into the race, I knew she would stay well. She can tend to do a little bit too much, but we had a red hood on her going down to the start. When I let her down, she quickened good and she stayed at it well.”

This was the Exceed And Excel filly’s racecourse debut after finishing second in a barrier trial at this venue in July.

Browne McMonagle had to ride a patient race on Charles Byrnes’ Wajaaha in the second split of the Joe Wall 75th Birthday Celebration Apprentice Handicap.

The seven-year-old gelding blew the start and had to race in rear over this mile-and-a-half trip. He was ridden to close with a quarter of a mile to negotiate and rattled home in the final furlong to score by half a length to reward favourite backers at 9/4.

The jockey, in Peter Acheson’s colours, said: “It wasn’t a bad thing after all (the start) - getting plenty of cover on him and riding him with a bit of patience and filling him with confidence definitely helped.

“He had a good run the last day in England, he won well (in Plumpton), so he has obviously bounced back to form.”

Rory Cleary timed his finish well on Soilse (2/1f) in the Irishinjuredjockeys.com Fillies Maiden over a mile.

Jim Bolger’s charge mowed down the duelling leaders to get up close home by half a length.

Pub Talk follows through for Keane

COLIN Keane won a Down Royal nursery on Pub Talk in September and repeated the feat in the William Hill Pick Your Places Claiming Race for owner Kenneth Parkhill.

The 5/2 shot hit the front a furlong and a half down and was kept up to his work to pass the post three-parts of a length in front of Monophonic.

Trainer Noel Meade said: “He has won two for us as a two-year-old, so we will leave it at that. I would imagine he will be claimed because he did that quite well.”

O’Callaghan also enjoyed a winner on the card when Keane guided Lokada to the front in the final 150 yards of the William Hill Pick Your Places Handicap.

The 7/4 favourite went on by a length and a quarter in the colours of O’Callaghan’s father Michael, and the trainer said: “She took a lot of time - she is three and will be four in the new year, and she is only getting the hang of things now.

“As Colin says, she is a very fast filly and hopefully she will keep on improving. I imagine we will cover her in the spring.”

The three-year-old filly built upon a third place over the same mile-and-a-half trip at the start of November to make the breakthrough for the Call A Copper Syndicate.

Robert Whearty drove her into the lead in the final 100 yards and the pair kept on best to score by half a length.

DANDYVILLE supplemented a victory in Dundalk the previous week with another over six furlongs in the Graeme Woods Memorial Handicap.

The 11/8 favourite was ridden by Wayne Lordan to close two furlongs out and powered home once grabbing the lead inside the final furlong.

After he passed the post a length and a half to the good, trainer Natalia Lupini said: “We have a lot to look forward to in the spring, so we would like to keep him for that as well. We would like to aim for the big premier handicaps, the Scurry for instance would be one to aim at.

“It is a local syndicate (Dr J Syndicate) to us.”

Cozone rewarded support in the concluding William Hill Pick Your Places Handicap. He went off 8/1 having been available at more than double those odds in the morning.

The five-year-old gelding stayed on well for Chris Hayes over this two-mile trip and won a battle with Lunar Power by a head. 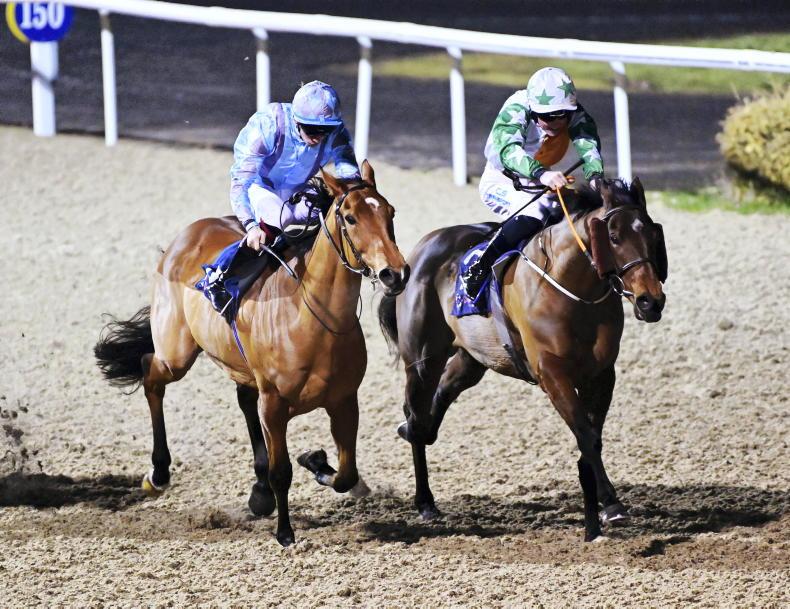 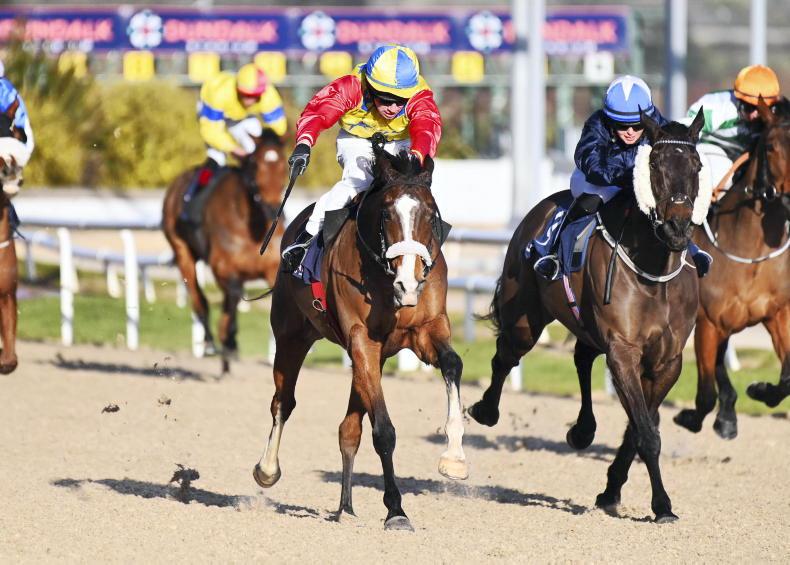 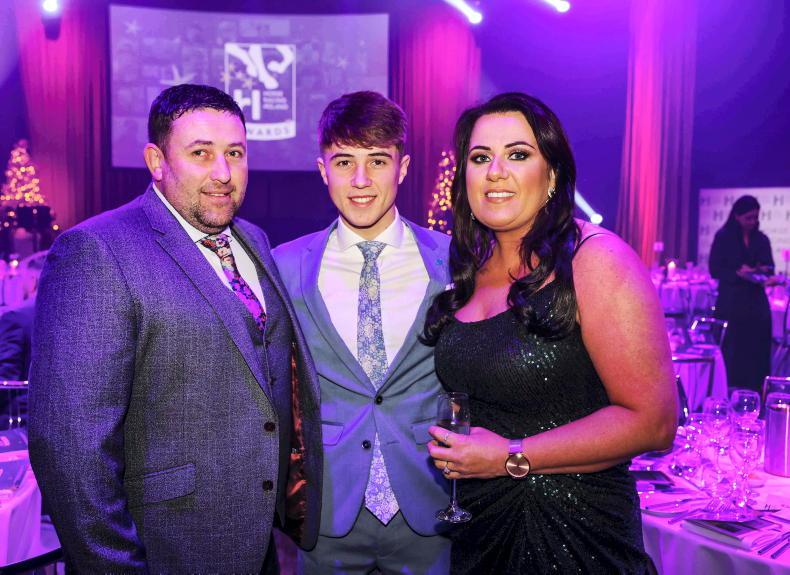