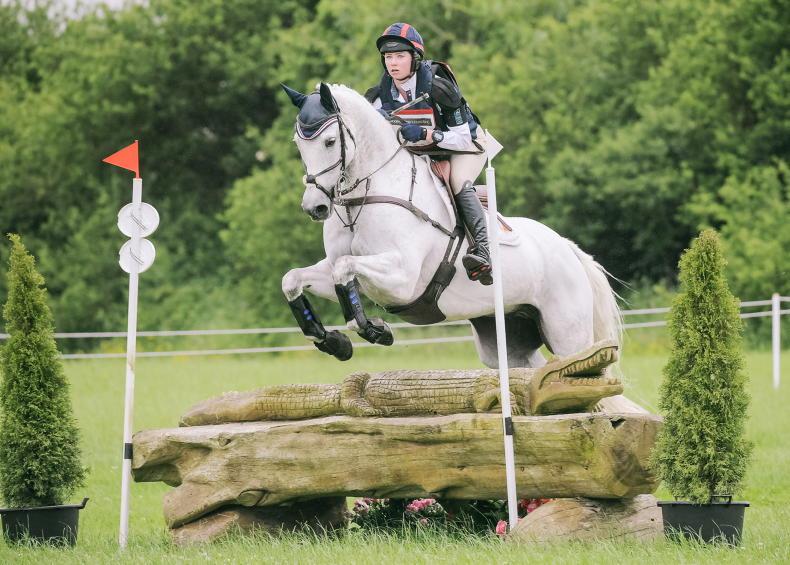 The full book of entries was encouraging, and with the Sema Lease Kilguilkey international event due to take place in two weeks’ time, organiser Danny Dulohery had designed a track with qualifications in mind.

The feedback from riders was good. The going was near to perfect, and while the courses were on the short side, and penalties were few, the fences were built to height.

The degree of difficulty will undoubtedly be ramped up considerably for the upcoming showcase, but as Dulohery explained: “I don’t believe in not building to height. Possibly the reason that there were only a few cross-country faults was due to the fact I may have been a little kind at the ‘skinnies’ – positioning trees where they would not have been at the higher level.”

Dulohery went on to give his thanks to Chris Hunt, Alison Packman and the team at Eventing Ireland who have helped to secure Sports Capital Grant funding, which will benefit all event venues.

Aside from new sets of show jumps, these funds will go towards new fences, as well as the Spira Fixers which secure the fences to the ground.

One rider who looks to be well prepared for the bigger classes on the horizon is Gillian Beale King, who cruised into the top two placings in the EI 115 (O). Riding for Richard Ames at Belline Estate, the American rider took the top spot on the traditionally bred Chance Encounter VII, filling second aboard the younger Ballyvillane OBOS.

Watched and indeed helped in the show jumping warm-up by her visiting Grand Prix show jumping father Doug, Beale King led from flagfall on a score of 20.7. A yard favourite, Chance Encounter is one of the longest serving of Ames’s event horses and was formerly ridden in England by Caroline Powell. Now 13 years old, the son of Creevagh Grey Rebel has been in Beale King’s capable hands for just over a year, during which time the duo landed the CCI3*S at Millstreet last year.

“He’s not been the easiest,” said the rider. “He was a bit like a freight train across the country, and it’s taken me time to hone the dressage. However, I’m really getting to know these horses now and we’ve learned to adapt to each other.”

All 11 runners completed the cross-country without incident, with Joseph Murphy and his Rolex partner Calmaro completing comfortably in third.

It was a similar story in the restricted division which again was headed by first-phase leaders. Declan Cullen and Ultimate Quality were the pair that impressed Joan Ahern and, earning a mark of 26.1, they remained eight points clear of runner-up Heidi Hamilton with Paulank Kirikee.

“He didn’t put a foot wrong,” said Cullen of the eight-year-old by OBOS Quality. “He’s sound in all three phases, and while last year we were scratching our heads a bit, he is now really putting it all together.”

He was sourced from his breeder Mervyn Clarke two years ago, and having won Necarne three weeks earlier, he is, according to his rider, building up to bigger things in the autumn.