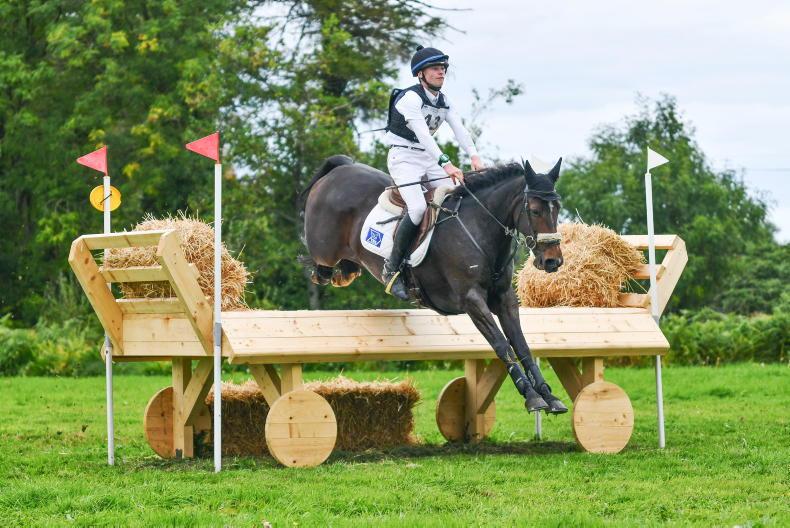 DISAPPOINTINGLY, the underage classes at Clyda were poorly supported, with just 22 runners contesting the five classes on offer.

It was good therefore to see pony European gold and silver medallist Ben Connors and his family competing at the event and landing the EI 110 (J) with recent ride OLS Queen B.

A member of last year’s young rider squad team with Ben’s sister Zara, the nine-year-old home-bred mare was making only her second appearance with Ben in the saddle.

Gelling well, they produced the only double-clear round, to better fellow team member Matthew Love with DSL Allegra, as well as sister Alex Connors aboard OLS King Aragon.

Only one of the four runners in the EI 100 (P) completed, so the red ribbon went to newcomer Ali Fitzpatrick who rode the Connemara pony Houndswood Moonbay, who interestingly is by Hazelrock Silver Fox, the same sire as Patrick Whelan’s EI 90 victor Rocky Pontoon.

It is always nice to see the young riders producing their own mounts, so it was especially rewarding to note Lucy Rose McCarthy winning the EI 100 (J) aboard the five-year-old Coolcorron Magic Man, by Chinook Eclipse. The pair were placed third last time out, so going two better and in dressage order, they pipped Clodagh Shanahan Rice with the six-year-old Coolfinn Vivendi, as well as Harriet Scott with Santiago Sky.

Enjoying a highly successful day Connemara ponies filled all but one of the top nine in the final EI 90 (P) which was won from the front by Ellen Thompson (Hazy Bluebell) from Muireann Lynch (Derrymore Dylan) and David Keilly with Highland Carol.