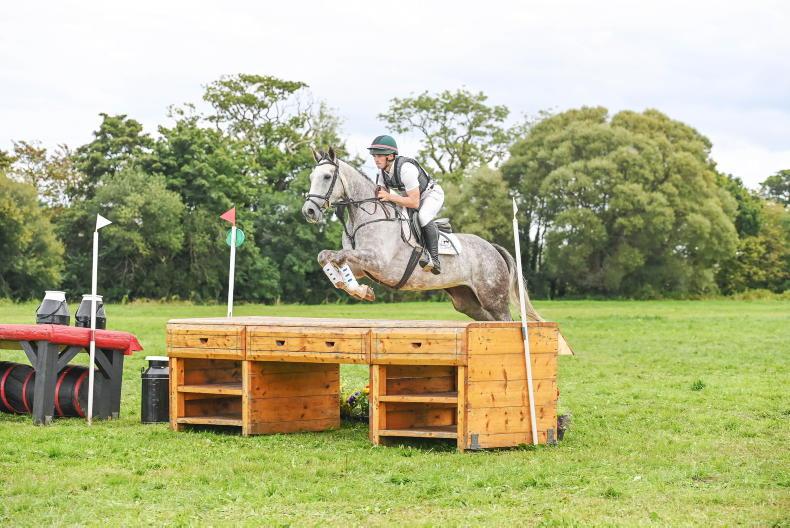 HAVING been absent from the calendar for three years, eventing made a welcome return to the O’Meara family’s popular riverside venue at Clyda last Sunday.

The Mallow event has been much missed in recent times, so it was good to hear that plans are afoot to run regularly again next year. “We are delighted to be back and up and running, and need to thank so many people who gave their time voluntarily to get us there,” commented organiser Fiona O’Meara.

“Thanks are also due to Mervue Equine for their sponsorship of all of the EI 90 classes, and to the weather gods who did most of the ground work for us!”

Sandwiched between the overseas international fixtures of the World Championships in Pratoni, Blenheim and Ballindenisk, the event did suffer from a lack of entries especially in the feature classes. This will easily be rectified with a better date, and with established events disappearing from the calendar, it is heartening to see the resurrection of another.

The tracks, which were built and designed by host David O’Meara together with the support of Danny Dulohery, ran in same direction as previous years, but with many new fences they proved challenging. Tony Hurley’s show jumping courses were also influential, but neither caused any problems for Co Wexford professional Patrick Whelan who, winning three classes, racked up the first hat-trick of his career.

“It’s great and quite unexpected,” said Whelan, whose first red ribbon came in the EI 115 sector. Here he teamed up with Paul Donovan’s smart six-year-old Dermish Chill who, making his debut at the level, has no doubt strengthened his claim for Le Lion D’Angers consideration.

Of course, there is only room for three of the age group to travel to France, but Whelan could do no more than lead from the front, and to complete as the sole runner to maintain his opening score.

Both the cross-country time and the show jumping carried the influence among the four runners in the EI 115 open sector. In the end however, the top spot went to European young rider team members Heather O’Connor and HSH Have It All, who posted the fastest time in the country.