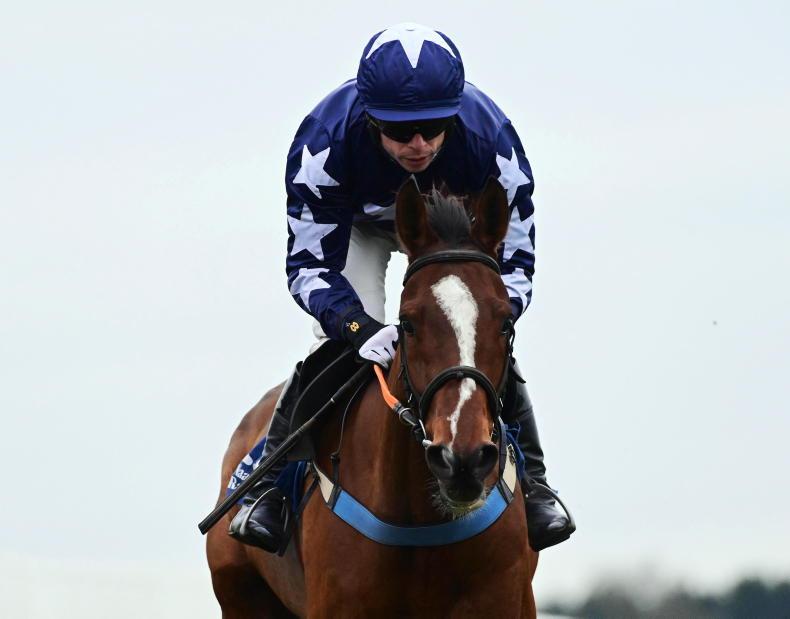 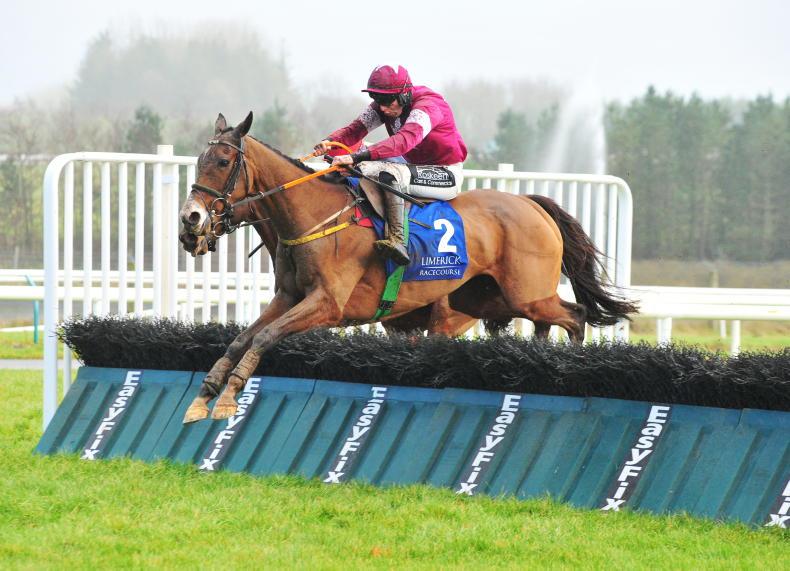 This could stay local and go to Eddie Cawley’s Don’t Go Yet. The eight-year-old has only one start over fences to his name but it was a respectable effort, sixth to Cedarwood Road in a Gowran Park beginners’ contest last March.

He only had his first run since that effort when eighth in a handicap hurdle at Limerick and he looks interesting now with the benefit of fitness that outing will bring. It’s also worth noting that he probably should have won on this inner track over hurdles last season, when meeting traffic late on trying to chase down Mattie’s Mountain.

Explosive Boy is an interesting runner considered he has been warm in the markets a couple of times this season. He makes his chase debut now and warrants a market check again. A more solid case can be made for Now Where Or When, who was no match for Fakir D’Alene at Down Royal on St Stephen’s Day but beat everything else in that beginners’ chase and this contest looks more manageable.

Next best: Now Where Or When

This may not take that much winning and so a chance is taken on Norwigi, taking a sizeable step down in grade. Enda Bolger’s seven-year-old has struggled to make an impact in three beginners’ chases but hasn’t disgraced himself taking on the likes of Mr Incredible and Ferny Hollow. He can be marked up for his latest sixth to King Alex as he was hampered early on in that race and he’s also a course winner, having won his maiden hurdle here comfortably last season.

Hardby Bloke has a similar sort of profile for Emmet Mullins. He should find this more manageable after struggling to keep tabs with Grade 1 aspirants Blue Lord and Haut En Couleurs. He showed enough in his performance to finish third in a Clonmel maiden hurdle in November to suggest he can have a say at this level. Don’t discount Super Citizen either - he’s been running in cross country races recently but his sixth to Strictlyadancer at Cheltenham in October is reasonable form.

This could go to Daly Tiger. Noel Meade’s nine-year-old is rated 157 over fences after scooping a couple of big chases last season, including one at this track, but he showed his prowess over hurdles last time out when running out a comfortable winner of a two-and-a-half-mile contest at Limerick. That was just his fourth start over hurdles, so it’s a case that he hasn’t had the chance to achieve a similar standard of form to what he has shown over fences, rather than him improving for the larger obstacles. The drop to two miles ought to help him as well.

Annamix is less trustworthy back over hurdles and both Autumn Evening and Indigo Breeze look more dangerous. Of that pair, the latter could emerge best after his maiden hurdle win at Gowran Park last time out. He was a very close second to Keskonrisk at this course last season and looks to be back on track now following his defeat of Deploy The Getaway.

Whowonthetoss looks best placed to break his maiden tag after a good run behind Sir Gerhard in a Leopardstown maiden hurdle. He finished fourth in that two-mile contest, on what was his first start in 321 days, going back to when he was just touched off by the useful M C Muldoon at this course in February. He should strip fitter now on his second start of this season and his overall body of form and proven ability at the course make him the one to beat.

Innovated could be a lively danger. He finished fifth to Ardla at Navan, where he was taking on race-fit and more experienced rivals. That effort was an improvement on his seventh to Keskonrisk at this course last season and he could improve again. Bold Approach is also interesting. A useful sort on the flat (peaked at a rating of 99), he ran well enough on his sole hurdles start at this course last April.

Secret She Keeps will be tough to beat here after her promising third to Howyabud in a Leopardstown maiden hurdle over Christmas. She won a Castletown-Geoghegan point-to-point for Sean Doyle in October before joining Henry de Bromhead and she looks a nice prospect who could yet end up back here for the Solerina Mares’ Novice Hurdle next month, a race her trainer always targets.

Hauturiere was no match for Guily Billy at Tramore on her previous start and it will be interesting to see how she fares here with regard to the form of that contest - Guily Billy is rated a leading contender in tomorrow’s Moscow Flyer Novice Hurdle at Punchestown.

However the second vote goes to Shane O’Brien’s My Design who found only the long odds-on Minella Cocooner too good at Navan last month. That effort represented an improvement from her good third to Humble Glory at Thurles the previous month so she is going in the right direction.

Next best: My Design

This one could go to Henry de Bromhead as well with a similar profile in Amirite. He finished fourth on his racecourse debut in the maiden hurdle won by stablemate Journey With Me, rated a top prospect and made favourite for the Ballymore Novices’ Hurdle at Cheltenham after that win. Amirite, a Loughrea point-to-point winner, is a nice prospect himself and showed promise in that first run - jumping well enough and making ground out of midfield, only for his effort to fade late on.

Daily Present fared a little better position wise on his debut when finding only Hawai Game too good at Naas. It was interesting that he fared better than his better fancied stablemate Chiricahua there, and he looks another nice prospect, having earlier won his point-to-point at Tipperary.

Prevaricate disappointed when well held by Whatdeawant at Navan but may be better judged on his second to Uhtred at Naas and a first-time hood could aid him today.

Brandy Harbour’s form over hurdles is poor but his recent record over fences makes him hard to ignore here off a mark of 83, considering his chase mark is now up to 104. Grainne O’Connor’s eight-year-old ran out an impressive winner of his penultimate start at Naas, winning by 13 lengths, and he nearly followed that up at Limerick where he found only Earths Furies too good on St Stephen’s Day. Denis O’Regan was in the saddle when he won at Naas and he is back on board today.

Autumn Crusade comes into calculations after his third in a handicap hurdle at Down Royal on St Stephen’s Day. That was easily his best effort on the track and it came after of a 193-day break so he has plenty of scope to improve now for local trainer Dermot McLoughlin.

Arctic Ambition has a similar profile to the selection in the first divide of this race and he can score for Robert Tyner. He finished second to Lessofdnegativity in a handicap chase at Tramore in early December and then reversed form with that runner over the same two-mile-five-furlong course and distance on New Year’s Day. That resulted in a 12lb rise in his chase mark and makes him an attractive proposition off his unchanged hurdles rating.

Happy Dreams is a lightly raced and potentially progressive sort after his third in a handicap hurdle at Limerick while I Don’t Get It has put up a couple of very respectable efforts, the latest a good third to Paddy’s Planet at Naas, where he stayed on resolutely having been passed early in the straight.

Next best: I Don’t Get It