The new MRC International venture is primarily about making ownership fun and exciting, while affording members the opportunity to travel the world and see their horses 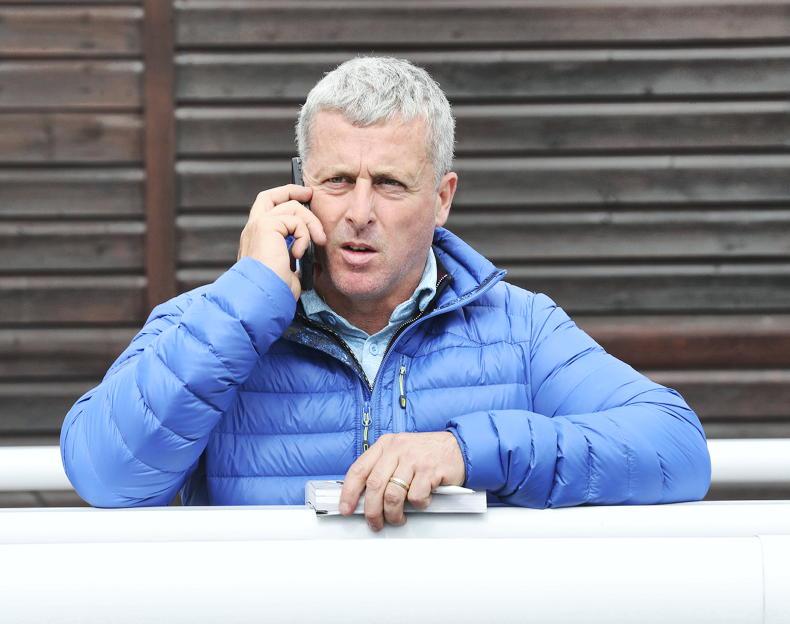 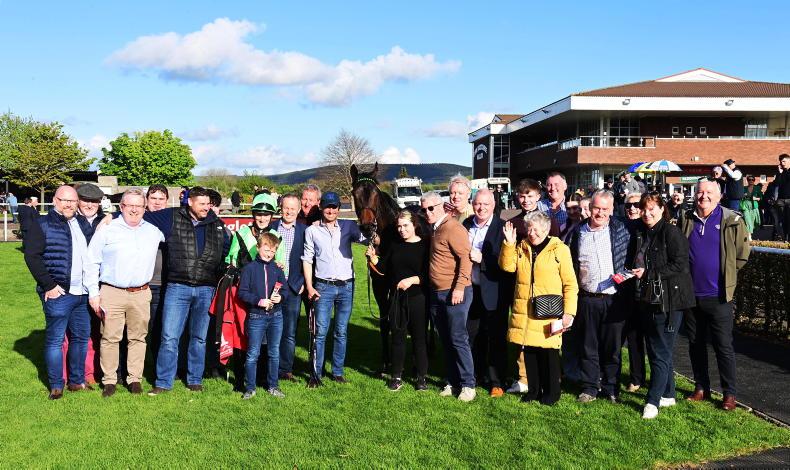 Lady Tilbury with a group of owners after winning her maiden in style in Cork - "many are experiencing ownership in Ireland for the first time." \ Healy Racing 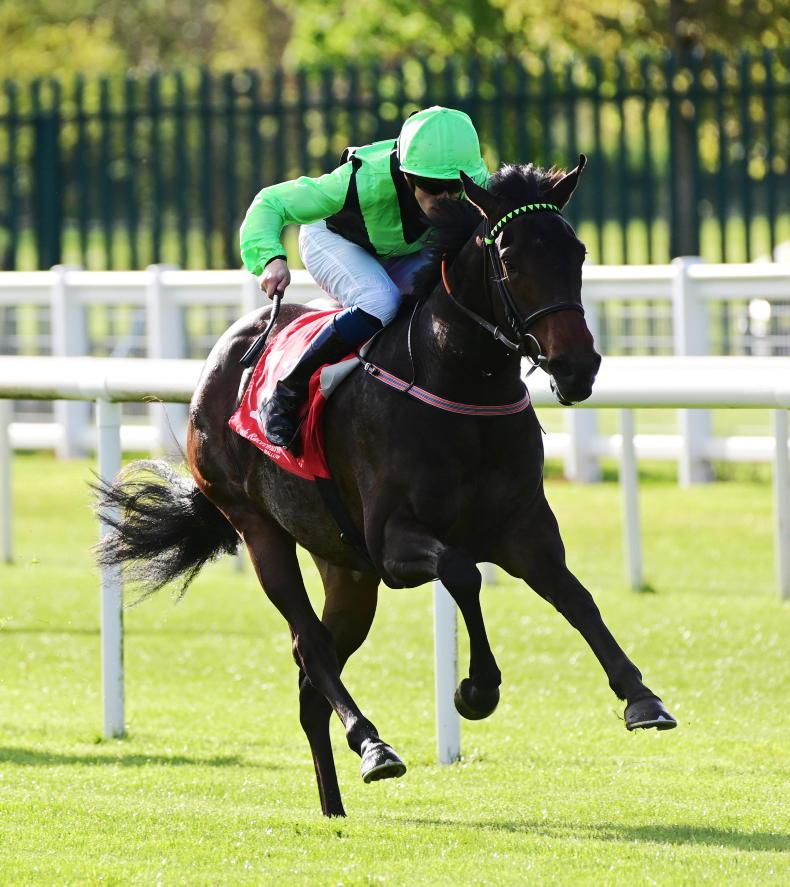 LADY Tilbury fuelled dreams of Royal Ascot, a venue where David Marnane has already tasted success, when winning on her second start for MRC International at Cork earlier this month.

A concept two years in the making, the new venture is primarily about making ownership fun and exciting, while at the same time affording members the opportunity to travel the world and see their horses on the biggest stage.

Marnane himself is no stranger to big race success, numbering a couple of Royal Ascot winners in Dandy Boy (Woking Handicap) and Settle For Bay (Royal Hunt Cup) among a host of significant wins that also include a Victoria Cup at Ascot (Dandy Boy), two Portland Handicaps (Santo Padre and Nocturnal Affair), a UAE Derby second (Elleval) and six Dubai Carnival winners, earning in excess of €1m.

With a CV that stands up to the closest scrutiny, Marnane tends to focus on quality over quantity, something he hopes to continue with this new venture. MRC International broke new ground as it was the first time the trainer had gone out and bought a larger number of yearlings under one umbrella.

Having been encouraged by the positive feedback from previous, existing and some new clients, David Marnane’s dream was well on its way to a reality.

“We started to reach out to people from a lot of countries, said Marnane. “The response was fantastic and MRC filled quickly.”

“We could have gone out and bought at the breeze-ups, bought unexposed young three-year-olds or seasoned handicappers but I felt the best prospect of finding good horses lay with yearlings. It is a two-year project; some will be early types, while others won’t reach their full potential until they are three.

With an average budget of 30k per yearling and the means to buy 20, the next step was to put a strong management team in place. Fortunately for Marnane, he didn’t have to look very far to find the kind of experience required; “We really came together as a family, tapping into all of our experience, with everyone playing to their strengths.

“Myself, Con, Mel, Amy and Ed sat down and formulated a plan before the sales began. It was agreed that we should aim to strike the right balance between early and late maturing horses.

“There was little point in buying 20 flashy types that would be gone by May.”

Starting off at the very first sale in Germany in May, right through to the later ones at Newmarket and Goffs, “Team Marnane” went through hundreds of yearlings before coming away with seven fillies and 12 colts.

In the end, they fell one short of the 20, something David was philosophical about. “I think given the uncertainty of the previous 12 months, the market was very strong with figures across nearly all sales up 20%.

“However, I don’t see that being the case this time round; I feel that this could be a very good year to buy yearlings.”

Those that were bought by MRC International in 2021, were broken at home in Bansha by a small team that includes Danny O’Connell, Chloe Ryan and Chris Cullinane. David and Mel’s two daughters, Amber and Rianna, have also recently started riding out in the yard.

A journey that began just over eight months ago has already paid dividends with one of the first two-year-olds to run, Lady Tilbury, winning her maiden in style.

Ground permitting, she will be seen next at Tipperary on May 31st, before a potential trip to Royal Ascot for the Queen Mary.

For Marnane, it’s important to introduce the personal factor to MRC International; for all to feel part of Team Marnane. No matter whether a member owns the minimum 1% share or a larger stake, they are treated the same.

A diverse group, ranging from captains of industry, to teachers, to sports people, the one common interest is a passion for horse racing. The group numbers both seasoned campaigners and first-time owners; both men and women. Marnane is a shareholder, along with many experiencing ownership in Ireland for the first time.

“We have a real geographical spread with owners from Luxemburg, Australia, New Zealand, America and the Bahamas among the numbers from 10 individual countries,” he said.

A pre-season launch in Dubai whetted the appetited for the next two years. “I saw people who hadn’t previously known each other come together and forge new friendships.

“For me this social aspect is equally as important as the racing; we have golf, dinner and a trip to Killarney races all in the pipeline, with plenty more throughout the two years,” he added.

Should fortune permit, the intention for MRC International would be to have runners at the Dubai Carnival next season, as well as representatives at some of the bigger meeting both here at home and in Britain.

MRC is protected by crystal clear terms which sets everything out prior to joining up. “I have responsibility for making the final decisions, while always acting in the best interests of the team,” Marnane said.

“It’s not all about selling but if the right offer came along, it would have to be considered. Neither is it all just about having fun. We need to balance the two in order to make this a rewarding journey for everyone involved.”

David Marnane was in conversation with John O’Riordan 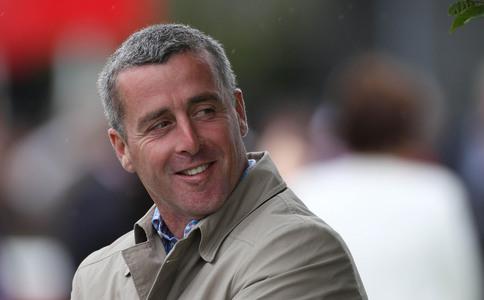 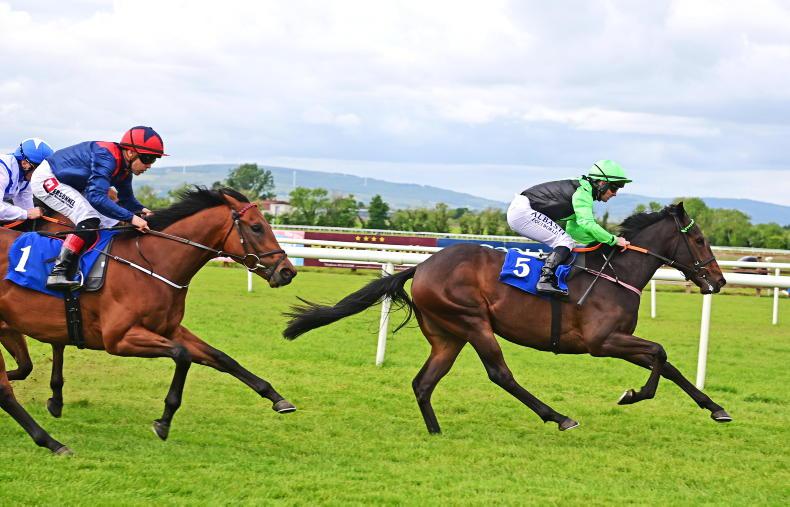 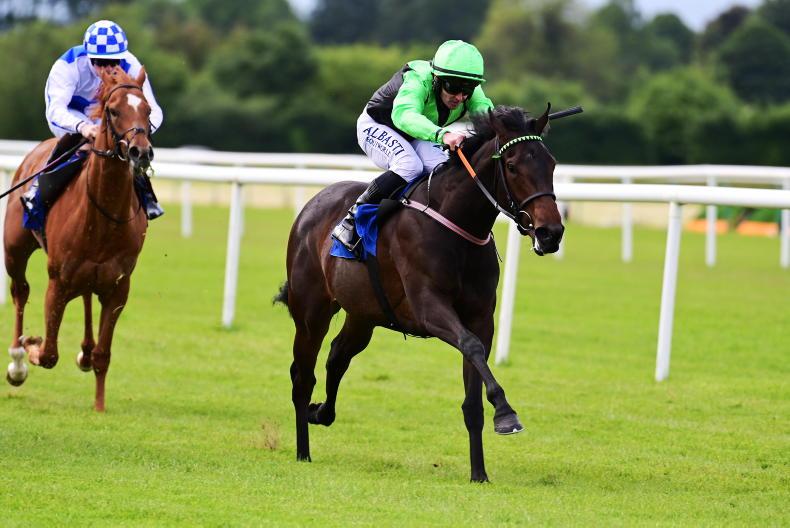 Alan Magee
TIPPERARY TUESDAY: Lady Tilbury aiming for the Queen Mary
The daughter of Bated Breath led over a furlong out and, despite wandering about, the 5/2 chance kept on well under Gary Carroll to beat Mehmar by a length 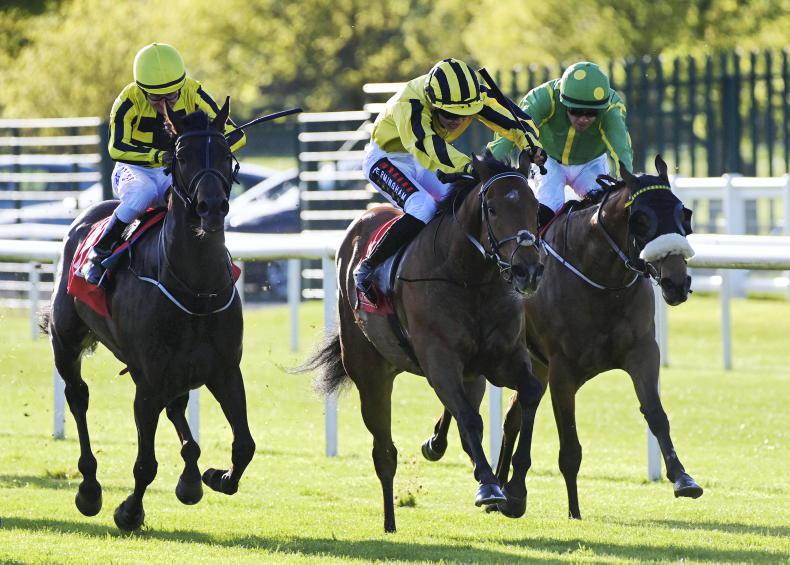