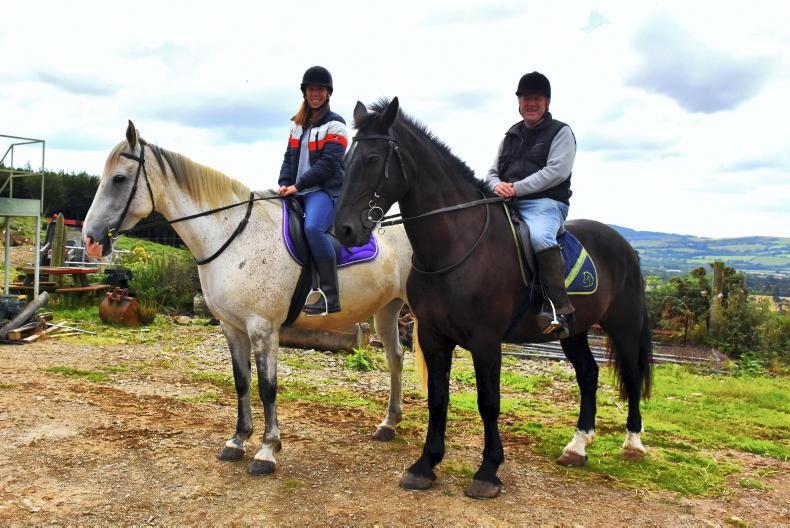 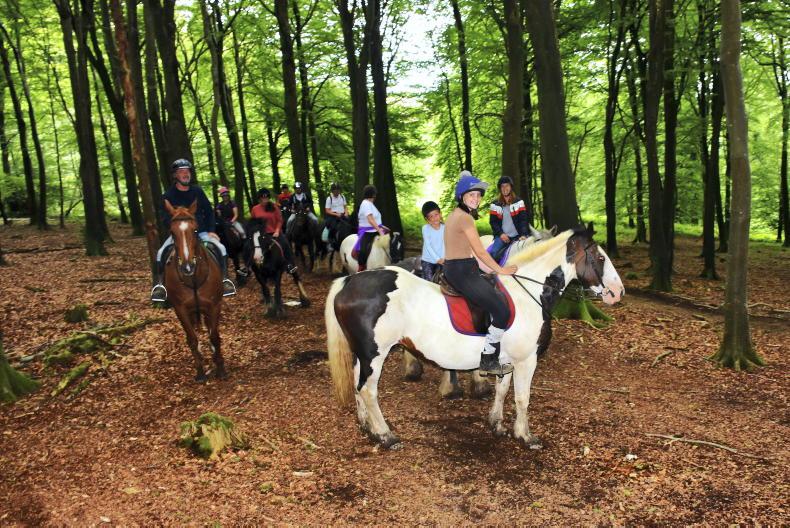 THE hunt insurance problem has caused a dilemma for many hunt followers, but there are so many beautiful places to see on horseback in Ireland that there is no need yet to rough off hunters.

Many trekking establishments run winter treks as well, have a range of suitable horses and ponies for all levels of riding competence, and sometimes even allow you to bring your own horse or pony.

I have been meaning for years to try trekking, but kept putting it on the long finger. I have met up on occasions with the late Willie Leahy on his Connemara Trail that has been running for over 50 years, particularly over the mountain that Willie owned overlooking Dogs Bay, near Roundstone with spectacular views over the Wild Atlantic. It was definitely on my ‘to-do’ list but sadly, Willie passed away recently. So the moral of the story is, just do it!

In the interim, I was talking to Michael Dawnay of Wicklow Equi Tours, based near Glenealy in Co Wicklow, and decided with my daughter, Sheila, to take the plunge, and am I glad I did. Michael would be familiar to hunt followers as a former master of the Roscommon Harriers, and also hunts on the east coast. He has been in horses all his life, starting with working horses in Dublin City, then serving in the Irish Army, and after that riding out with Captain Sean Daly in the Phoenix Park when there were riding stables outside Ashtown Gates.

Michael is not new to trekking, spending a number of years in Normandy, France where he ran a trekking venture. There he took his clients to many of the World War II Normandy landing sites like Omaha, Utah, Gold, Juno and Sword on the 85km stretch of the northern coast. This is where Allied Forces in ‘Operation Overlord’ liberated France and then Europe starting on June 6th 1944.

And as a former serving soldier, he was well qualified to provide an interesting commentary. Dawnay based his trekking enterprise on personal attention, safe horses for all levels of rider, and a historic insight of the trail landmarks. For the last 10 years, Michael has been developing his property which overlooks Brittas Bay with stables, fencing paddocks and building a series of novice fences.

But it has been a difficult time since 2020 for Dawnay, as like other businesses in lockdown, keeping and feeding 30 horses has been a huge expense, so he is delighted to be back up and running again.

A variety of trails

Dawnay offers a variety of trails, hills, valleys, woodlands and beach rides with a five-day varied terrain ride that takes in beauty spots such as Carrick Mountain, Laragh, Glenmalure, and Brittas Bay. During the winter months, he uses his own woodland which is well sheltered.

Dawnay points out: “Firstly, when the horses get fit they maintain their fitness, they never get bored as they have such a variety of terrain to keep them interested. Our treks are often in the adjoining forestry just a short hack from the stables. It is an ideal spot with a variety of trails through dense foliage, forest clearings and under the canopy of large trees which is relatively untouched. One can see a kaleidoscope of different types of butterflies on the wild purple lupines, violets, primroses, bluebells and wild garlic. There is an abundance of wildlife such as foxes and deer particularly during the early or late treks.” Although his clients are from all over Ireland, the majority are from other parts of the world. Wicklow Tourism has been very helpful listing his trekking enterprise and also provide referrals. Social media plays a prime role, but he says that most of his clients now come from referrals where people who have had a great experience tell their friends. In fact on the day his phone never stopped ringing with enquiries.

Our group included people from Dublin, Cork, Wicklow, Russia, Poland and the UK.

Dawnay mentioned a group he had some weeks earlier which included visitors from Israel and Palestine who initially would not talk to each other. But the shared experience broke down the barriers, and they were chatting to each other by the time the trek was half-way through!

He also has regular celebrity clients, more recently has been coaching Daniel O’Donoghue, the lead singer with The Script on horse riding on the sands of Brittas Bay Beach.

Michael has 30 horses in work, cobs and ponies, all bombproof and steady, and they have to be as some of his clients have never ridden before and they range in experience and ages from seven to 80 years of age. He is careful in his selection of horses and he will never buy a horse without trying it for a week or so and if it has an ‘if’ in it then he won’t buy.

Leading our group was Abby, on a coloured mare named Miss Murphy, that was originally owned by Hugh Leonard, chairman of The Traditional Irish Horse Association and long-time follower of the Ward Union Hunt. The horse has competed on three Ward hunt chase teams at the Dublin Horse Show. I actually took a photo of her clearing the big hedge when ridden by Michael at the Kildare Performance Hunter Show at Punchestown.

His horses are sensible yet on-going, and ideal for looking after riders of all abilities. We were honoured to be riding two of Michael’s best hunters. I was on Starsky that I had also photographed out hunting, and Sheila was on a smashing grey hunter named Calypso while the youngest member on the trek was a seven-year-old child led by Abby on a very steady pony named Snowflake.

I was struck by the fantastic condition of the horses considering their work routine, and was interested to know how they maintain condition. Trinity Dockery, a third year veterinary student, looks after the feeding routine. She makes sure that they have plenty of forage with on demand good quality hay, and also have access to barley straw and beet pulp as well as concentrates as they require. Michael’s friends, Prof. Sinead Devine and Prof. Paddy Wall, both qualified veterinary surgeons, visit frequently, so there is no shortage of advice.

I asked Michael if he accommodates riders with their own horses? He said that they are welcome to join him if he has room to fit them in.

What a way of seeing Co Wicklow, getting right into the countryside, something that can’t be done by car. We certainly will be back for more!

Just like any sport, there are no shortcuts to fitness either in humans or horses, the daily work has to be done. And remember a hunt staff horse covers probably twice to distance than a follower in a day’s hunting.

And in my experience, a horse that has had a regular and varied programme – one that keeps his mind healthy as well – is a horse that will see you through the season. 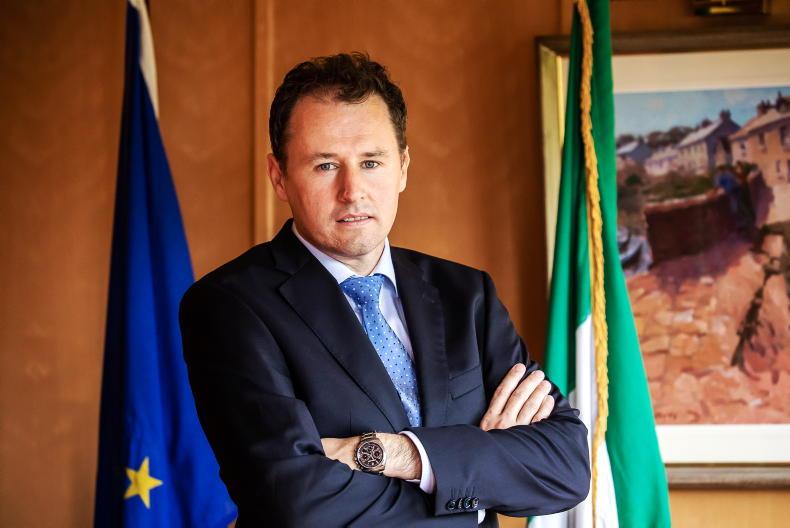 Isabel Hurley
NEWS: No 'chip' prosecutions for eight years
The Minister for Agriculture, Food and the Marine, Charlie McConalogue TD (FF) said there has been no prosecutions since 2013 for owners who fail to microchip their horses 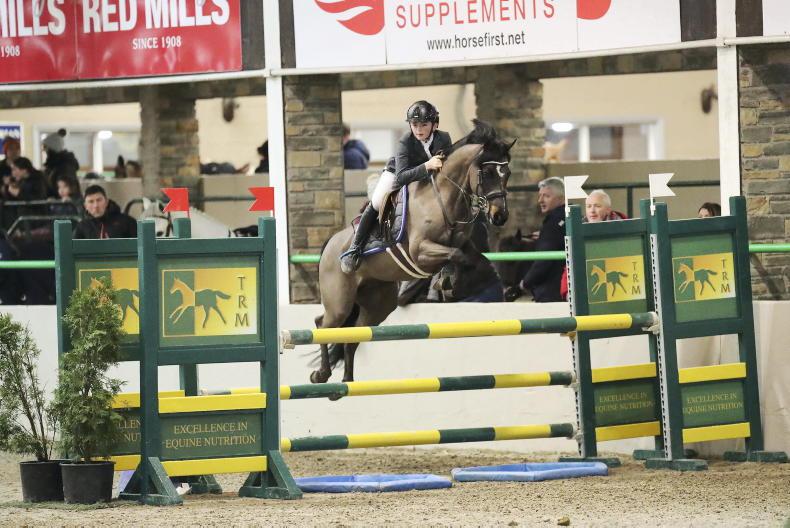 Irish Field Contributor
PICTURE DESK: Out and About
Pony riders were going all out for the honours at Cavan Equestrian Centre 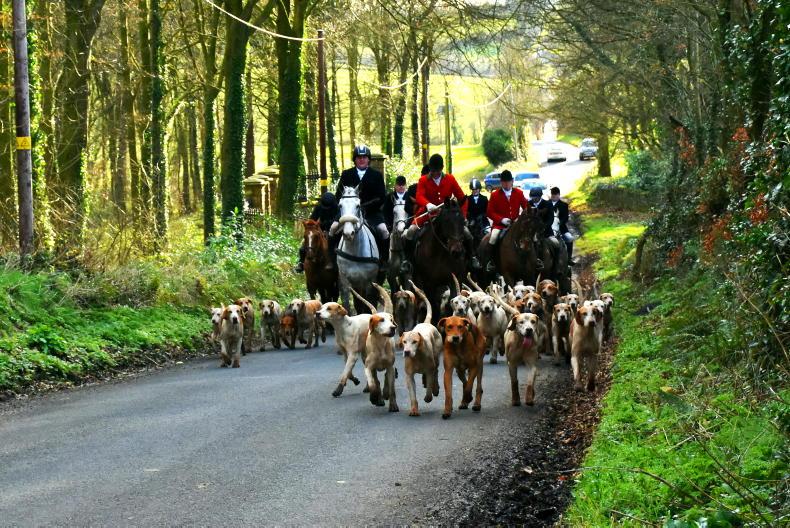 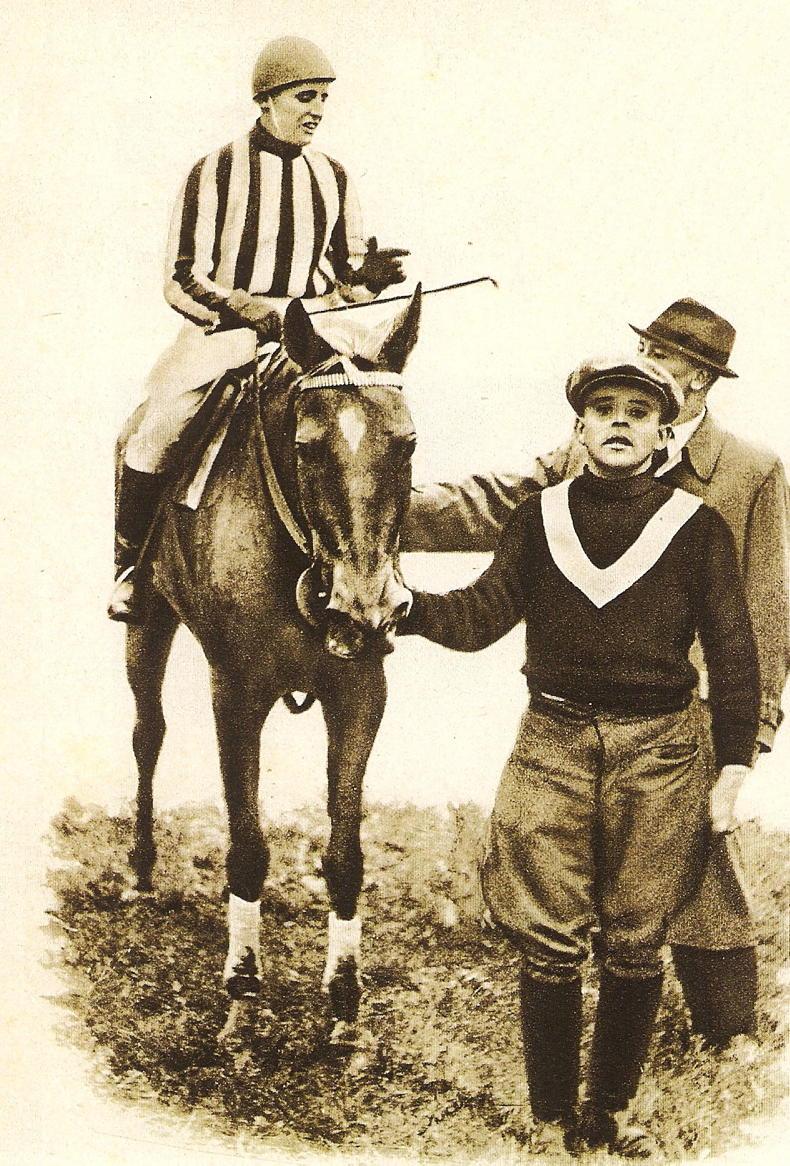