In the first of a two-part feature, Susan Finnerty learns more about Monsignor Horan’s dream to build Knock Airport 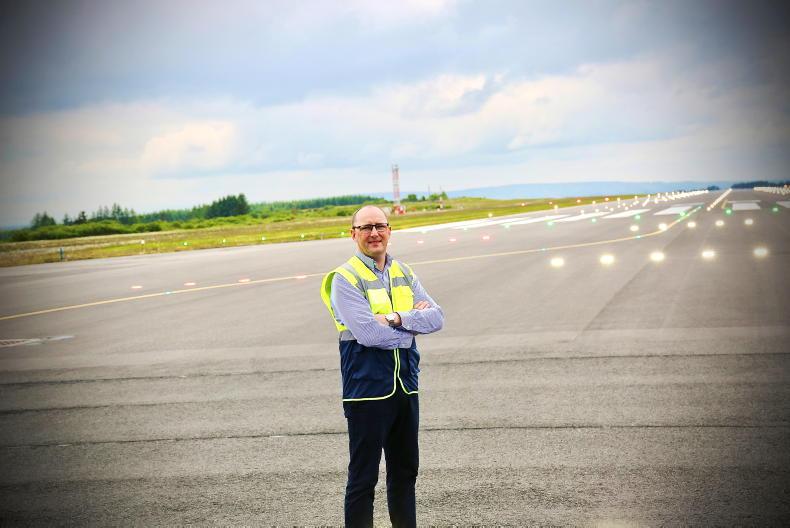 Tomás Grimes stands on the Knock Airport runway, where a young James Balfe learnt to drive on in the airport’s early days \ Susan Finnerty 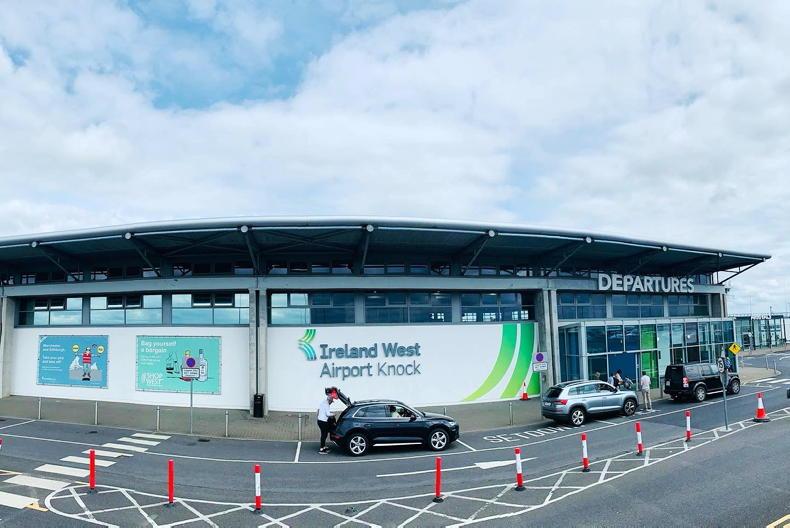 “WE learned to drive on the runway!”

It’s a toss-up between the six degrees of separation in the horse world or more of the uniqueness of Knock Airport in Claremorris-born James Balfe’s sentence.

Now settled in New South Wales, James, profiled last week, is one of many with a Knock Airport anecdote. It was Tomás Grimes, the airport’s Infrastructure and Sustainability Programme Manager, who mentioned about the Balfe family’s links to the airport when we were arranging this feature.

Even before that nugget about the local ‘driving school’, I was intrigued about his job role when Tomás and his wife Fiona featured in the Breeders’ 10 series’ last December with their Copperbeech Connemaras.

Since then, logjam scenes from Dublin Airport have recently dominated the headlines, prompting Shannon Airport, for example, to extol the virtues of flying from a less-busy hub in its latest advertising campaign.

If you’ve flown from or into Knock, you’ll know how unique it is. It always was. How many airports were partially financed by the fundraising missions of the local priest, the late Monsignor Horan or immortalised in a Christy Moore tune?

“The airport has a very unique history, which is well documented,” agreed Donal Healy, Head of Aviation Business Development, Marketing and Communications.

And it has the unique selling point of one delighted passenger making his way from car to Departures in four minutes. So what does he think are the airport’s other USPs which has helped build up such a loyal passenger base?

“Our main USPs are our convenience, the hassle-free nature of travel. Car park to departures in four minutes, that’s on the record on social media. All our parking spaces are onsite, minutes’ walk from the terminal and at rates that are much cheaper compared to the state airports.

“People love the airport for how easy it is to navigate – the lack of queues and the general ease of getting through the airport, particularly for families. In addition, we hope the fact you can now fly to 19 destinations across the UK and Europe is appealing to people in our extended catchment areas, such as the Midlands area where it is equi-distance from ourselves, as it is to Dublin Airport.

“Furthermore, our location in the heart of the West of Ireland is perfect for overseas visitors as we are the gateway to the Wild Atlantic Way!” Westport and points north, south and west on the Wild Atlantic Way are magnets for overseas visitors.

Last Sunday at Westport Show, the benefits of having a local airport on the proverbial doorstep came up in several conversations. Padraig Foy, who operates the Clew Bay Riding Trail from the family’s Drummindoo base, arranges pick-ups from the airport for his UK clients.

Two owners of last Sunday’s Westport Show champions – Joe Burke and Tiernan Gill – are frequent flyers from their local airport. It was up the N17 and over to Olympia for me on a December morning after the inimitable ‘Day in the life’ feature on Ireland’s busiest vet, Philip McManus in 2018. Far easier than battling the Christmas traffic at Dublin Airport.

Or on another occasion at the Knock luggage carousel, a tap on the shoulder from Peter Sweeney, one of the Louisburgh Show commentators, who had travelled on the same flight. Which illustrates another factor, as well as the convenience of flying from Knock, the characters and the craic amongst many of the passengers.

Conversations are struck up, acquaintances made and in that time-honoured Irish tradition, everyone knows someone known to the person sitting beside them in the waiting area, restaurant and bar.

Or the Duty Free, where again Knock excels itself in promoting local products. Who sources their Duty Free ranges? “The airport is very conscious of supporting our local community and through our commercial outlets, we have products from over 200 local suppliers from across the region available and continue to expand the range,” Donal responded.

“Our retail manager sources local products and actively engages with local suppliers who we think are a good fit with the airport’s passenger mix.”

Of course it isn’t all flying visits to Olympia, duty free shopping and sun holidays for the Knock passengers. One of the reasons Monsignor Horan wanted the airport built was to attract industry to the area to create local employment, however the pragmatic character also wanted to provide easier transport options for western emigrants.

Emigration has been an inevitable part of life in the west. By his thinking, a Knock flight was shorter to the long train and boat journey via Dublin or through Shannon and Dublin airports.

The late Jim Fahy’s news piece about emigrants returning home after Christmas is one of those iconic pieces of the RTÉ archives. The Grimes, who recently returned from judging Connemara ponies in Germany, eloquently summed it up themselves in their pre-Christmas feature, saying:

“Christmas at Ireland West is special, it’s the time when our loved ones come ‘home’. The Irish diaspora is huge, we witness both extremes of emotions at Christmas here at Ireland West: tears of joy pre-Christmas to be followed by tears of sadness in the New Year as loved ones leave home once more.”

Having an airport in Connacht means that, although emigration continues, it’s often possible to shuttle over to the UK for work and return home at weekends. Irish Draught owner Seamus Sloyan recalls bringing his packed bag with him to Sunday shows and his late father Seamus Snr dropping him off at the roundabout - “you wouldn’t get the horse box into the car park!” - and then catching the evening flight to Birmingham to work there for the week.

Cheltenham, the Horse of the Year Show and Clifden - both the annual show in August and frequent sales - are just some of the reasons why Knock is another godsend to the west’s horse and Connemara pony worlds.

“The British market is extremely well served with Connemara fans having the choice of nine UK routes. In Europe, our routes to Milan and Cologne have been popular for those travelling on Connemara pony business,” Tomás added.

Thousands of miles away in Australia, James Balfe has fond memories of the project his architect father worked on. “We were reared around its development, I walked the bog with Dad and Monsignor Horan before it became an airport. We are so proud of Knock Airport.”

Next week: A Day in the Life of Knock.