Title: Foal feet and how to survive them

Farrier Ramon Koppendraaier has a lot of experience in trimming and correction of hooves, from foals to sport horses. He answers six questions on the dos and don’ts of foal feet 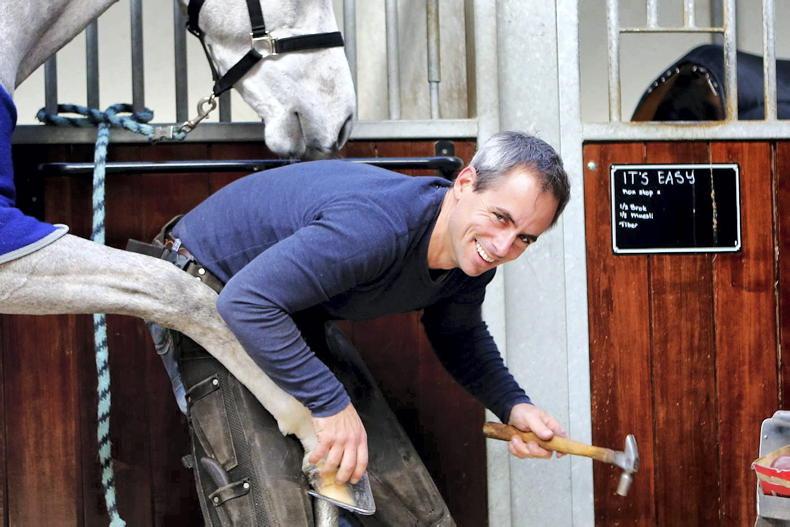 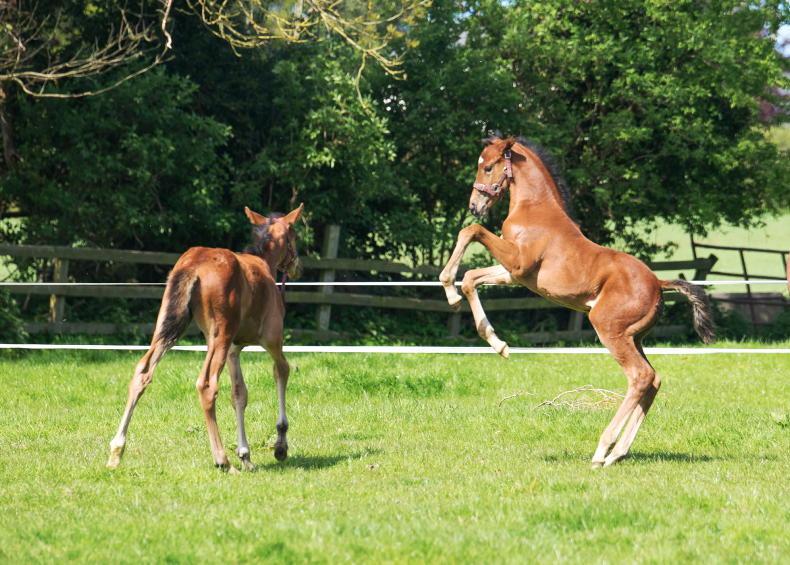 Q. How old is a foal when you first have to take a look at it as a farrier?

A. Unless something really unusual is the matter, the farrier will appear when the foal is about two to three months old. When a foal is born, it has a kind of protection around its hooves. This gives the feet an unusual form, but it serves to protect the womb from sharp kicks. The form will normalise, but if this does not happen completely, the farrier has to do something about it. In extreme cases, the hoof or the stance being very unusual, the farrier should also be asked to take a look. Early trimming or in some cases glueing on a shoe can be required.

Q. Can you correct irregular development of the hooves or an extremely off stance?

A. It is essential to tackle this as early as possible and keep trimming until the feet are normal again. This is the easiest way to solve the problem. The later you start, the less results you can get. The problem is often not in the hoof but in the entire leg. The knee could be twisted or one tendon can be longer than the other. In this case you should also consult a vet.

Q. Up to what age can you make corrections?

A. I would prefer a farrier to take a second look at the foal just after it is weaned. It is very important to have the foals checked several times before they go into the field as yearlings, for you can achieve the most in the first six months because the cartilage has not fully compounded and everything is still soft and weak. The older the foal, the more difficult it is to make corrections. Corrections made at a later age can cause damage to the joints.

Q. What do you see a lot in practice?

A. Breeders sometimes worry about a foal standing toe-in or toe-out, but that is not always necessary. If the foal is standing toe-out, this will often readjust when they grow older. Foals have a narrow chest and then the feet are toe-out to give them better support. As they get older, their chest widens and the feet will turn inwards and point straight forwards. It is an almost natural process. However, if they stand toe-in, things may not go well, because the toes are turned even more inwards when they grow and their chest expands.

Q. Irregular feet often develop because the foals place their forelegs wide to be able to graze. How can a breeder prevent such ‘grazing feet’ to develop?

A. First of all make sure that the foal gets sufficient movement. As the horse is growing, the relationship between neck and legs changes. One moment their legs are growing and the next moment the neck is developing. The foal finds it hard to reach the ground and will place its forelegs wide apart. That is why it is important that the grass is not too short so they do not have to look for it all the way down. When the grass is long, they also get more feed and will spend less time with their legs apart.

The best thing is, until they are sent out into the field as yearlings, not to feed the foal from the ground in their stable, but higher up. In rearing farms the floor level of the stable is often lower than the surface from which they feed, so that they can keep their feet neatly underneath while munching. When they have to feed from the ground, they often place their preferred foot forward. On rearing farms where the feed is offered at a higher level, you will hardly find any irregular feet.

Q. Do you have any further advice for breeders?

A. My advice is not to wait too long before you have the farrier come. A farrier often has to come for the older horses anyway, so he or she could take a look at the foals then. Also when there is nothing needing to be done, it is a good thing to have the farrier lift the feet of the foal. They still find this exciting, especially because they do not know the person handling them at that moment. It is just part of the education of foals. People often avoid this exercise, but when the foals learn that it is normal, the farrier will have an easier job. 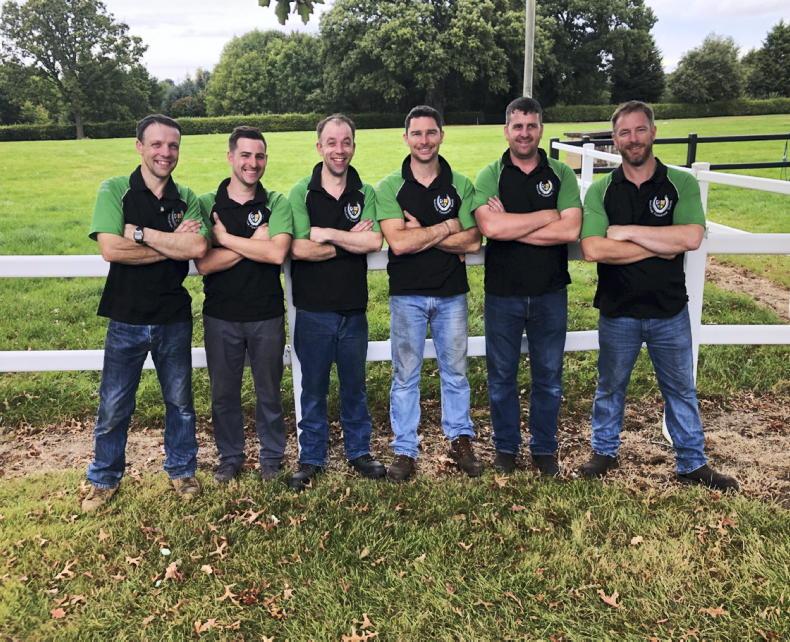 Mark Costello
PARROT MOUTH: Irish farriers on top of the world
News of a historic Irish win at the International Team Horseshoeing Championships 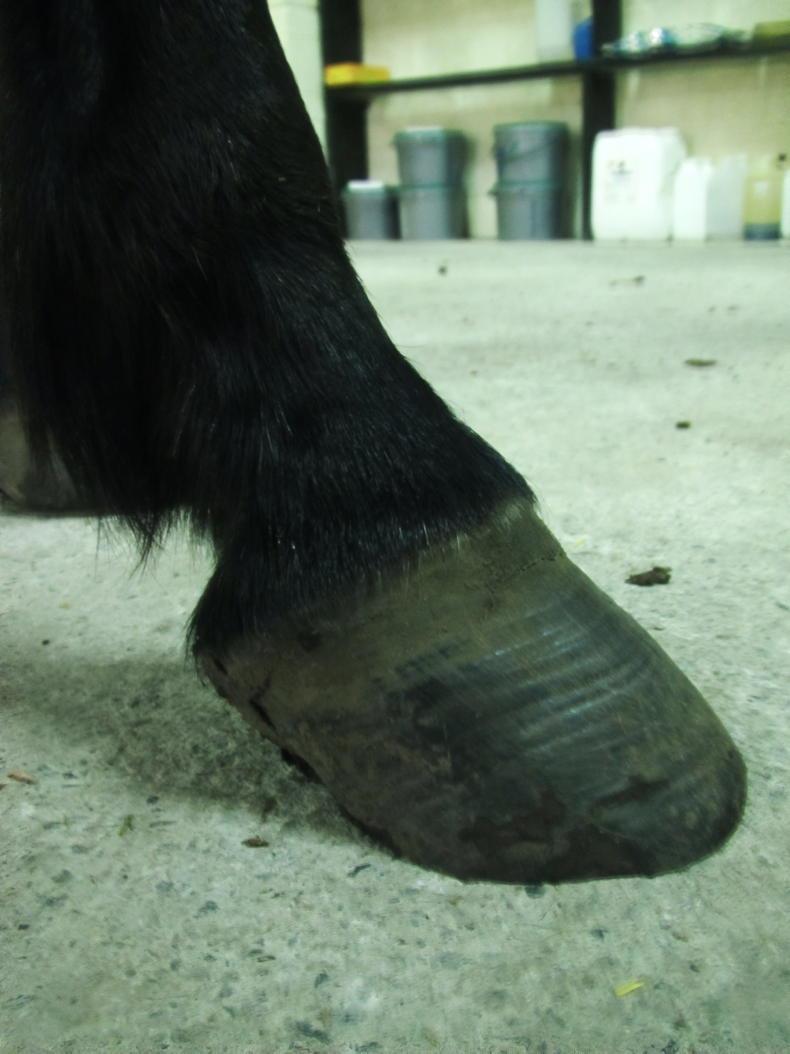 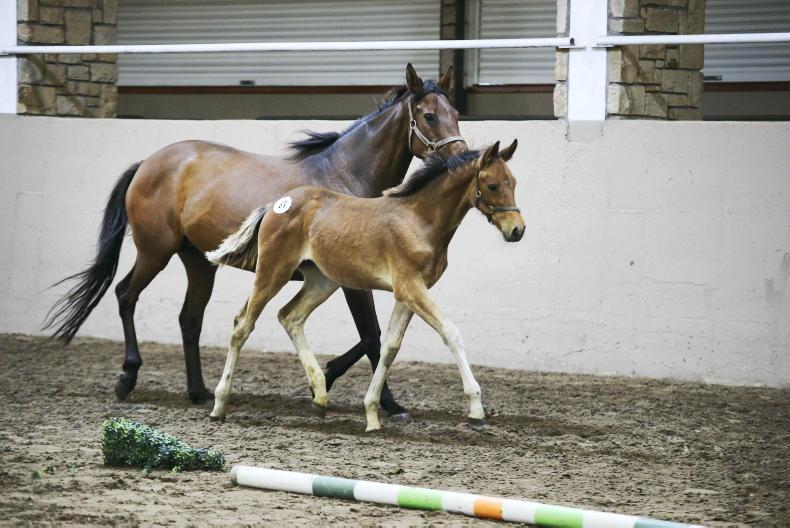 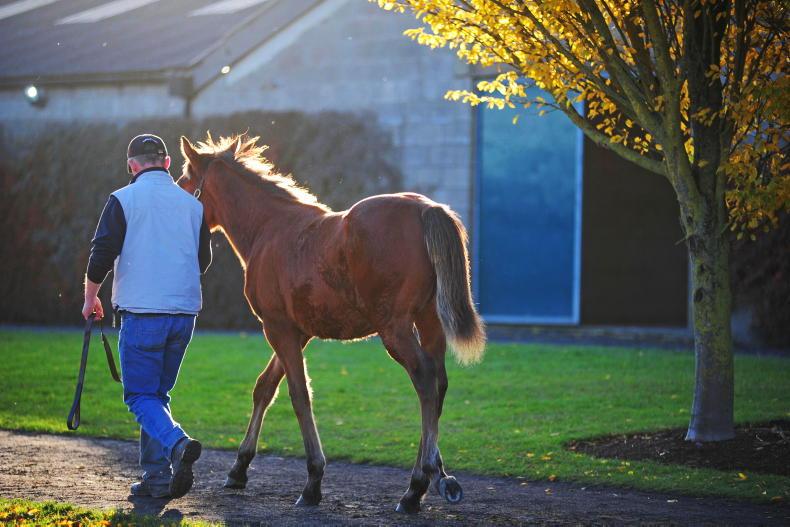