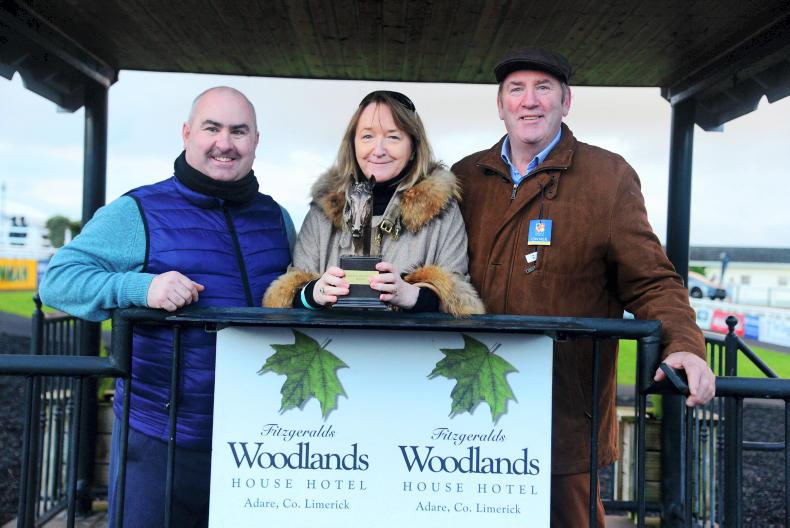 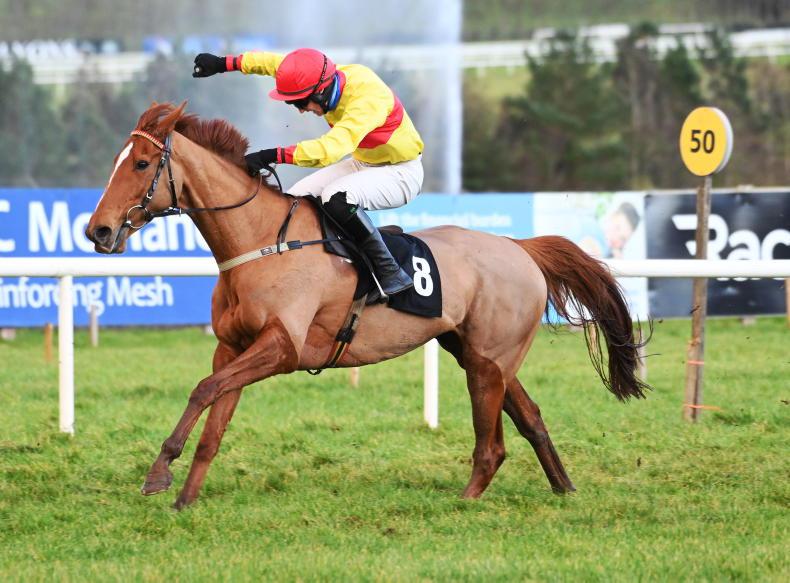 THE year 2021 ended on a high note for owners Ruth and Michael Foley when their mare Monteip won the bumper at Limerick on St Stephen’s Day.

Monteip is trained at home on the Foleys’ land at Old Loughlin in Co Carlow. Barry Fitzgerald holds the licence and this was his sixth winner of the year. By winning her bumper, Monteip also won an extra €5,000 courtesy of the Weatherbys ITBA NH Fillies Bonus Scheme. Amazingly, the Foleys won the very same race in 2018 with Shanches, trained by Tony Mullins.

Michael Foley reported: “Shanches was a homebred but we bought Monteip privately from her breeder, Michael Fennessy. We always register the mares for the ITBA Bonus Scheme. It’s a great incentive to put them in training, like winning two races in one. Long may it continue.”

The Foley family has a long history in racing. Michael explained: “My grandfather Michael used to ride in point-to-points and my father Denis was a director of Gowran Park and bred horses. He got out of it after a bad run of luck but, after I married Ruth, I got back into the horses. We’ve been breeding and racing them now for over 30 years.”

Pat Fahy and Tony Mullins trained plenty of winners for the Foleys but in recent times Michael and Ruth have built up their own facilities at home. Says Michael: “We were already breaking and pre-training, and Barry was working with us. We put in our own gallop and Barry took out the licence. We’re in our third season now and it’s going well.”

As well as training winners on the flat and over jumps for the Foleys, Barry is also training for ‘outside’ owners and Michael says there is always room for another horse “for the right person”.

The Foleys have a knack for picking up bargains. They landed a lovely touch with Beauchamp Bagenal, who was sold to Bahrain in 2020 after winning three races over seven furlongs. Michael recalls: “Ruth picked him out at the Goffs February Sale and we got him unraced for €8,000. He was by Thewayyouare so we tried him in two bumpers but he didn’t stay.

“Then we worked him with flat horses and he worked well, so we took a chance and ran him in a maiden at Dundalk, which he won. He won handicaps at Gowran Park and Leopardstown that summer before being sold, and he has since won in Bahrain. A horse like that can keep the whole operation going for a year.”

The handicap wins came at a time when owners and spectators were not allowed go racing, and Michael is just grateful that racing was going ahead. “I would like the opportunity to thank Horse Racing Ireland, the Irish Horseracing Regulatory Board and the racecourses for keeping racing going through the pandemic. They did a good job in difficult circumstances.

“When racing shut down for 10 weeks it was unfortunate for us. We took an early decision to let the horses off. One of them broke a leg in the paddock – it could have happened at any time, it was just unfortunate.”

The Foleys were back in Dundalk last Friday night when their gelding Fancy Red Diamond finished third in a handicap. His dam Diamond Rio (Curragh maiden winner) is one of a small number of mares the Foleys are breeding from at the moment. They are good supporters of Ballyhane Stud stallions.

Their son Des takes an interest in the horses too but is busy with his own photography and videography business.

As for Monteip, she may be given the chance to win a bit of blacktype before joining the broodmare band at home.

“We’re a small team but we have good staff and we work hard,” says Michael. “You can pay great attention to detail in a smaller yard. I really believe that small yards are the backbone of Irish racing and it’s good for the sport that they have a bit of success.”