Title: FOR THE NOTEBOOK: Looking for a sale and race double 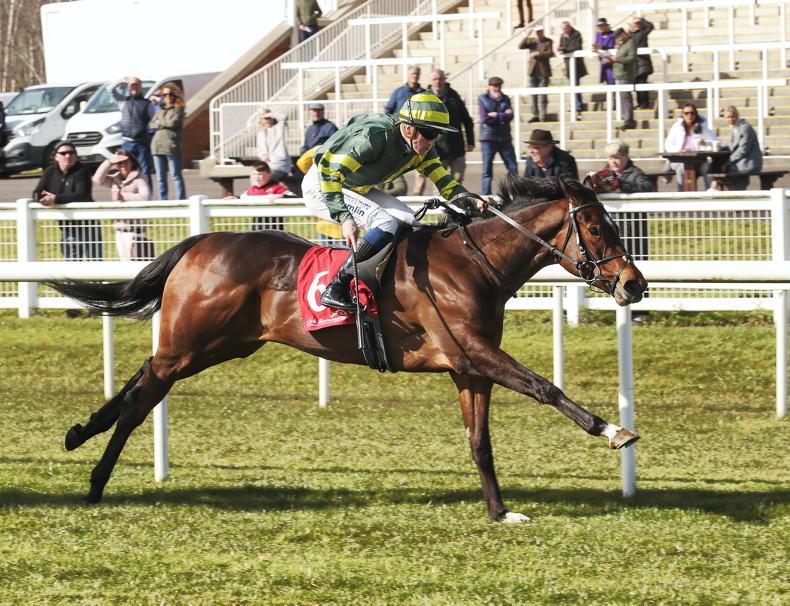 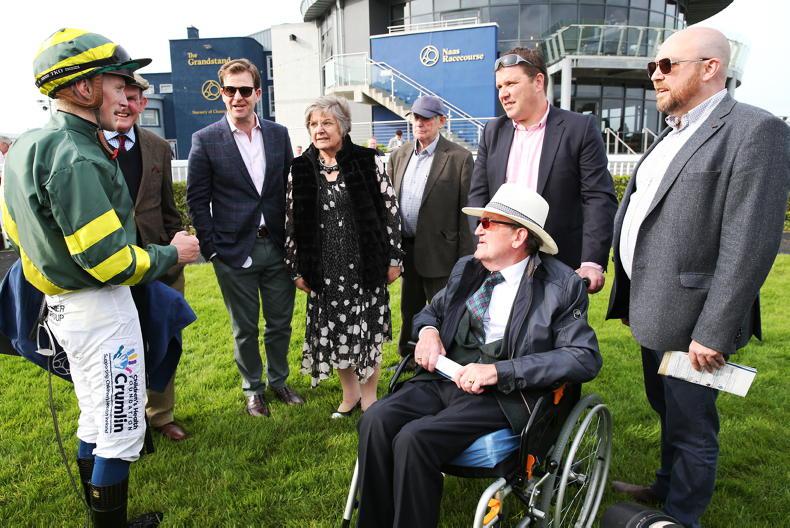 DUE under the hammer on Monday at the Goffs London Sale is the progressive three-year-old gelding Drombeg Banner, and no one will be watching what happens with more interest than the breeder of this son of Starspangledbanner (Choisir), Phillip McAuliffe.

A winner at two in Cork, Drombeg Banner was back at that track for his three-year-old bow and doubled up. Last month he tackled a premier handicap at Naas on just his fifth start for trainer Ken Condon, and duly obliged.

He will go up for sale with an entry at Royal Ascot on Friday, and what a joy it would be for Phillip and his family if he could cheer him home a winner.

Drombeg Banner is the fourth foal and fourth winner for his dam, the Orpen (Lure) mare Drombeg Dawn, herself a three-time winner. A feature of that mare’s offspring is their durability, and two of her winners, Drombeg Duke (Approve) and the mare Drombeg Dream (Arcano), won five races each. So it is safe to bet that there is more, and better, to come from her youngest son.

This is a solid family, with the first four dams all being winners. The fourth, My Therape (Jimmy Reppin), won seven times and she was a prolific winner-producer at stud, with 10 successful runners. Her son Domynsky (Dominion) was a Grade 3 winner and Grade 1-placed in the USA, while another, Petrullo (Electric), won a Group 3 in France and was third, beaten less than two lengths, by Carroll House in the Group 1 Irish Champion Stakes.

The winner added the Group 1 Prix de l’Arc de Triomphe to his roll of honour on his next start.