Title: GOWRAN PARK SATURDAY: Back the Kidd to get the best out of Jungle Cove again 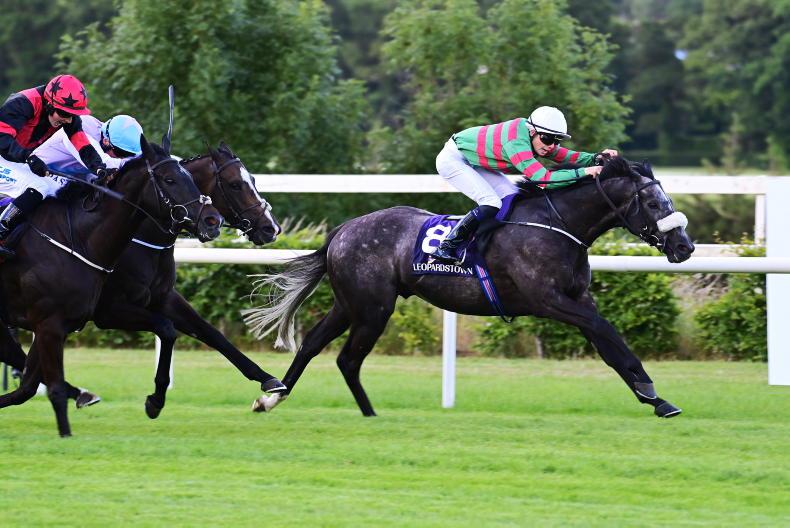 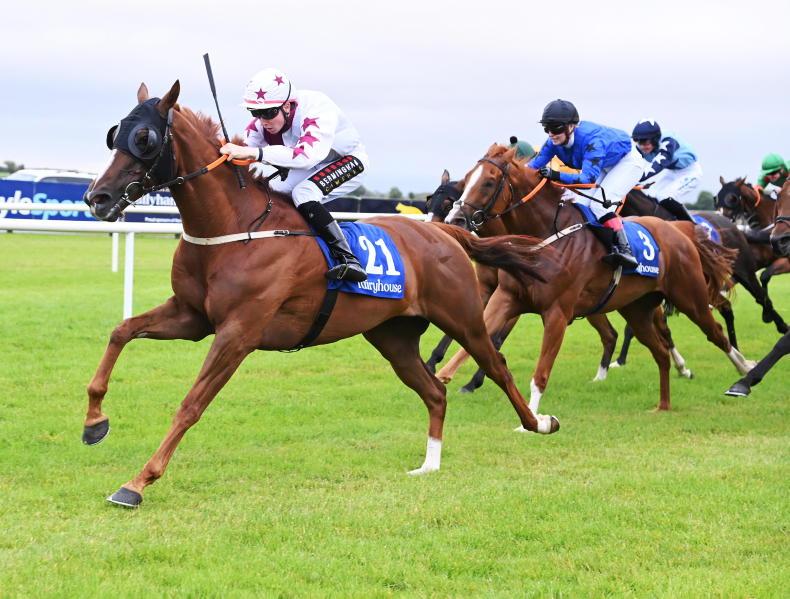 There isn’t much to go on here so a tentative vote goes to Freedom Falls for the same owners who won this race last season. Jack Davison’s debutante filly is a half-sister to the useful blacktype filly Chicas Amigas, who was good enough herself to win on debut. Her trainer has been going well this season and might be able to scoop this valuable prize.

Of the few that have run, Noel Meade’s Hasten Slowly has probably showed up the best, when not disgrace first time out in a Leopardstown maiden won by Thornbrook earlier this month. She could put that experience to good use in a softer looking race.

Endless Season improved significantly from her debut at Naas to finish third at Fairyhouse and she could get off the mark now. Mick Halford’s filly dropped back to six furlongs for that second start, and really ran on strongly late, never threatening to win, but finishing a good third. Coming back up a furlong in trip should suit her now.

Blazing Skies has to be a player as well. She finished fourth in the same Naas maiden as Endless Season, on what was her debut, and if she can improve further now for Willie McCreery, she could be tough to beat. Jack Davison’s Sefarina is probably better than she showed when never travelling over an extended nine-furlong trip here last time, and may well run better now.

Manhattan Dandy has yet to win in 31 starts but went as close as he ever has on his previous run at Roscommon and he could get off the mark today. Thomas Coyle’s five-year-old has run with credit on all four starts since joining the Meath trainer and he has got a little break here with a good draw. He should be thereabouts again and in a trappy race, his consistency has to count for a lot.

In contrast, Palais D’elysee has been done no favours by the draw but she sticks out here as an unexposed three-year-old coming off her best effort yet when fourth to The Dazzer at Listowel. First-time cheekpieces may also help her cause.

The Cola Brasil can win again. Michael Browne’s six-year-old caught the eye twice at Naas already this term, running green but still managing to finish fourth on both occasions, but he put it together to win smartly at Fairyhouse on his most recent start. That was just his fifth ever run so there should be more to come and the talented Jake Coen takes the ride again.

The Tracey Collins-trained Golden Days should be thereabouts as well. The five-year-old mare won on the straight course at Cork in May and finished a close third over that same course and distance on her latest start, taking on a big field. She should at least be competitive here again despite a poor draw.

Torn can go one better than her previous two races. The Ger Lyons-trained filly has twice gone close to winning, firstly at Leopardstown when finding the progressive Ha Ha Ha too good and then bumping into a talented sort in J J Jumbo at Dundalk. She races off the same mark, and with just five runs on turf, she has plenty of scope to improve further.

Angel Girl is probably the most interesting contender. She ran thrice earlier in the year, most recently in the Listed Patton Stakes. She couldn’t lay up there, but was a good winner of a Dundalk maiden before that. She hasn’t run since early March, so that is a worry, but on the flip side she may well have improved.

A more solid proposition is My Minervina, who comes here on a hat-trick and though 6lbs higher than her previous win at Killarney, she won nicely there.

Jungle Cove provided his jockey Dylan Kidd with a remarkable first ride win in a premier handicap at Leopardstown and the pair can gain another success. Much was made of the way a gap opened up for the rider on the inside rail that day, but this five-year-old made smooth ground coming from the back off a relatively slow pace race, and it was easily a clear best. The conditions of this race suit him, considering handicaps are excluded for penalties and with Kidd’s 10lb claim still intact, he can score again.

Shark Bay was a good winner at Killarney last time but probably hasn’t lived up to expectations this season. He could kick on now but it might be worth chancing the more unexposed Janoobi for Ger Lyons. He won his maiden smoothly when last seen and if he has improved off a short break, he can get in the shake-up.

Virtual Hug looks the obvious choice. Conor O’Dwyer’s four-year-old comes back on the flat after a win in a maiden hurdle at this track last October.

That makes him appealing off his mark of 61, and though he has a long break to defy, you’d imagine he should be well tuned up given this is a good opportunity to exploit. Charlie O’Dwyer takes the ride for his dad, and he has been in good form lately.

Slieve Bearnagh has yet to hit his best form this term but he hasn’t been disgraced in his runs at the Curragh and Navan and he now returns to the course and distance of his previous win so he looks a significant threat. Mads Black Eights is another to consider after a promising run at Killarney, easily a career best, when he finished off fast for fourth in a one-mile handicap. He should strip fitter now and appreciate this step up in trip.

Phoenix Open could be the one. Shane Duffy’s six-year-old caught the eye at Leopardstown when third to Complete Fiction and Philly’s Hope, who both take him on again today. He came from stall 24 that day, using up plenty of energy to get a good spot early on, meaning he had no answer when those two rivals came to him late on. He has since run well at Dundalk, when he was fourth to The Bog Bank, and can go well again back on turf, coming from an appreciably better draw than was the case at Leoaprdstown.

Heer At Dawn is another to consider. He was fourth in the said Leoparsdstown race and second to The Bog Bank at Dundalk. He also was a close enough fifth to Geological on his latest run at Killarney, so he is in very good heart, without looking particularly well handicapped. He should run well again from a good draw.

Next best: Heer At Dawn