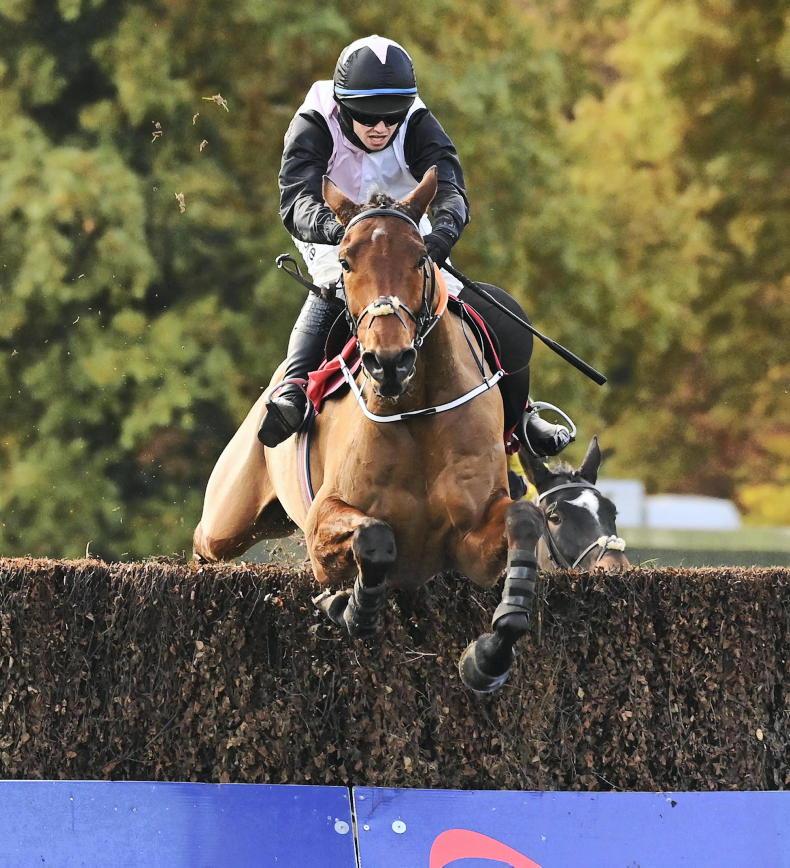 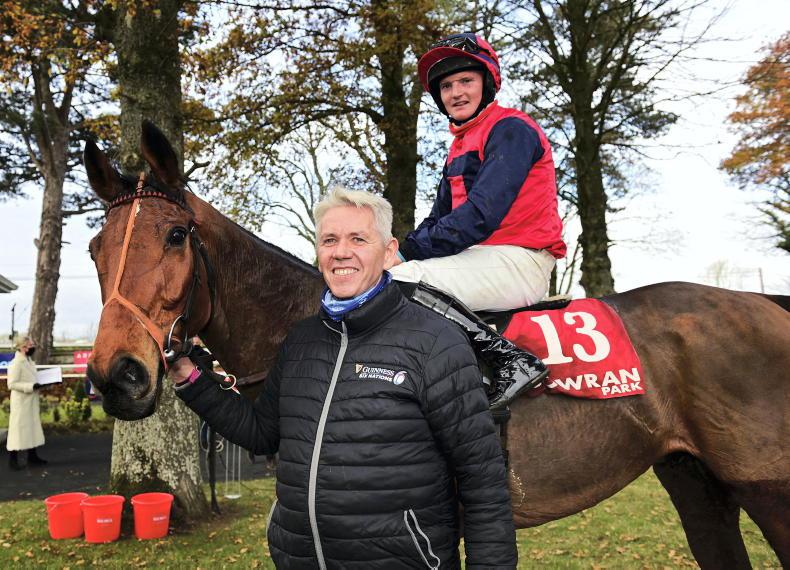 THE much anticipated chasing debut of Bob Olinger yielded a smooth success for Henry de Bromhead’s charge whose display in the Irish Stallion Farms EBF Beginners Chase served notice that another big season looks to be in store for the Robcour-owned gelding.

After carrying all before him during a flawless novice hurdling season which culminated in a dominant display at Cheltenham, Bob Olinger is perhaps the most exciting recruit to fences this season. His comeback in this traditionally smart two-and-a-half-mile affair saw him produce a polished display.

Darragh O’Keeffe took the mount on the six-year-old, with Rachael Blackmore on duty at Haydock, and supporters of the 1/3 favourite never had a moment’s worry.

Bob Olinger cruised through the race in the front rank and then moved on from Bacardys jumping the third last. He soon held a useful lead and had plenty to spare in prevailing by six and a half lengths. De Bromhead was at Haydock but early indications suggested that the Grade 1 novice chase at Limerick at Christmas could be on the winner’s agenda.

“He jumped brilliant and it’s as good a feeling as I’ve ever got on the racetrack. He has a serious engine and it was just a privilege to get the ride on him,” remarked the winning rider. “Overall I thought his jumping was very good and he’ll come on plenty from today.”

The trainer and jockey looked as though they could be in store for a double in the Gain Beginners Chase for horses rated 102 or less over hurdles as An Taibhse seemed to be in control of this race for much of the straight.

However, the complexion changed markedly from the last fence home as Mikey Hamill produced Philip Fenton’s Secret Cargo to take charge and he stayed on dourly to defeat Handsworth by two lengths.

The M.J. Daly-owned winner was adding to a handicap hurdle success he recorded at Tramore in January 2019 and this success saw Hamill ride out his claim.

The rider picked up a two-day whip ban for his efforts.

Blinkered Boris sees the light
and bags the big pot

THERE was a fine pot on offer in the €40,000 Ashgrove Stables Handicap Chase and, in first-time blinkers, the Liz Doyle-trained Boris De Clamart returned to form at a most opportune time.

This gelding looked a nice recruit to chasing when winning at Tramore 13 months ago but had since struggled to build on that. A poor comeback run at Galway saw him returned the 18/1 outsider of the field, but he was a different horse on this occasion.

He was travelling smoothly for Richie Deegan who had him tight to the stand’s side rail turning in and was left with just Fan De Blues to contend with when Rebel Gold exited at the third last.

In the closing stages, the BD Partners Partnership-owned Boris De Clamart finished out well to score by three lengths.

“I think the blinkers have transformed him and Richie gave him a beautiful ride too as he has to have light at his jumps,” reported the trainer.

“His jumping went to pot last year but he’s been jumping better lately. He definitely has an engine and he likes soft ground.”

The five-year-old lined up with questions to answer following a heavy defeat in a Galway Festival handicap hurdle, but it was all change this time as Cooper produced her to lead on the inner at the last before a a two-and-a-half-length triumph over Cullaghs Star.

The daughter of Masked Marvel is owned by the TCD Partnership.

AFTER the success of Bob Olinger in the opener there was further cheer for Brian Acheson’s Robcour when the French import Saint Felicien, an Auteuil winner on his debut last March, impressed in the Proficient Engineering Ltd Novice Hurdle.

Gordon Elliott’s charge was sent off the 11/8 favourite and produced a classy display from the front. He travelled well and jumped slickly for Davy Russell and did everything at his leisure. From the turn-in he had this race under control, and despite getting the last flight wrong, he was eased down to win by two and a quarter lengths, looking a horse of considerable potential.

“I think he’s a horse with a lot of improvement in him. He’s going to lose his novice status in a few weeks as he won in March in France but he has a fair future,” remarked Elliott.

The Tim O’Driscoll-owned son of Martaline hadn’t been seen since a below par effort at Leopardstown over Christmas but he was restored to the form that saw him finish a short-head second to Keskonrisk in a Fairyhouse maiden this time last year.

Indigo Breeze looked as though he might have plenty on his plate to get to grips with Deploy The Getaway on the run to two out, but Davy Russell didn’t give the impression that he had gone for everything. His mount landed running after the final flight which set him up for a late charge to score by one and three-quarter lengths.

“We’ve been trying to get him to relax at home as he can be a bit hard on himself. He will improve as he goes up in trip. I’d say he’ll go for a winners’ race next,” stated the trainer.

The fixture concluded with a victory for local trainer Jimmy Barcoe as Influential Lady (6/1), whom he also owns, made it three wins from her last four starts in the Holden Plant Rentals Mares Handicap Hurdle.

Kilashee gave this a great go from the front and produced a good jump at the last but hard as she tried she couldn’t fend off the Cathal Landers-ridden Influential Lady who forged on in the last few strides to succeed by half a length.

The runner-up’s rider Liam Quinlan was hit with a six-day whip for his efforts here and he had earlier received a five-day whip ban after partnering the unplaced Fort William in the beginners’ chase won by Secret Cargo.