Re-united with Alan Wallace snr he came through off a fast pace, while John ‘John Boy’ Roche got of the mark on the card 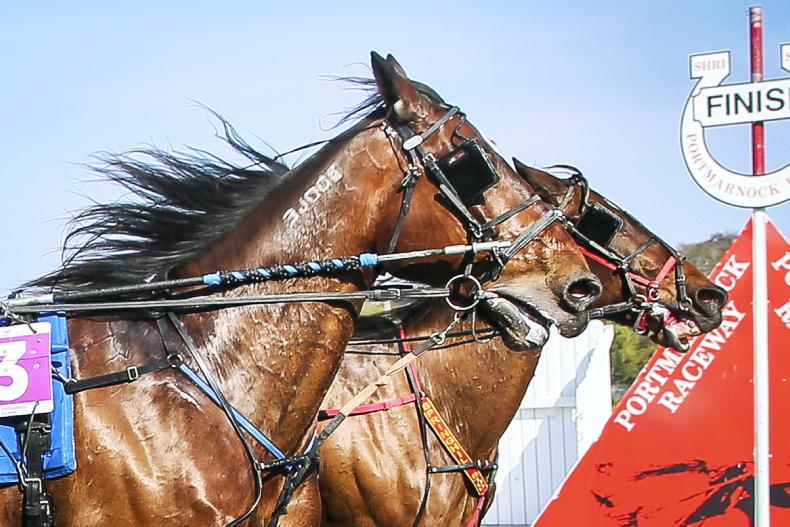 Newtown Rock seems to be improving at a time of life when he should be slowing down and he took the feature race.

The meeting was the Gerry Keenan/Jackie Galway Memorial. Both men were inveterate punters and were probably better to miss the fixture as results favoured the bookmakers.

In harness racing a top-class, no-allowances contest became known as a Free-For-All in America. The public love a free-for-all pace and sadly there are very few true ‘free-for-allers’ around especially as the cream are currently being sent to race Stateside. Sunday’s race had just four pacers.

On the day many of the runners resembled teddy bears as it’s hard to justify clipping a horse when there are only three weeks of the season to go. Stallions seem to hold their summer coat later, but Newtown Rock did sweat freely in the warm up.

Man of the moment Adam Corey went for top with Fairdays Western but Billy Roche on Ayr Paparazzi beat them to the corner and made it a fast pace.

Billy kicked on in front and the fast fractions set the race up for Newtown Rock, reunited with Alan Wallace snr. IB A Magician with Wayne McNevin stayed on well for second.

“That’s a 59 (seconds) mile these horses are going in November,” commented Alan Wallace to compere Peter Quirke. Alan is looking forward to the All-Ireland Finals next week and the son of Rocknroll Hanover will be hard to beat.

There may be a second ‘JR’ appearing in these columns in future as John ‘John Boy’ Roche (16) did the same as Adam Corey the previous week in gaining that all-important first win with One Cool Touch in the C to D pace.

Having grappled with John’s uncle Billy for 20 years, John Richardson will be smiling in a sporting way that young John mugged him on the line. Richardson was on North To Alaska.

‘John Boy’ got off the mark in some style. He was a big price in running as they passed the lorry park and had to box clever to get off the rail. He was carried shoulder high by his supporters, a lovely moment.

If this was the reaction to winning a little autumn grade C pace, God knows what will happen if he wins the Red John or Musselburgh!

The original JR was on song and reeled off a double. Both winners were trotters. Biniou du Beuvron has been largely apprentice-driven but had the sitting champ in the bike on Sunday’s B to C trot. The runner-up Energy Oaks made a costly mistake late in the race and will win races for Martin Loughran.

John’s second winner, in the F and G trot, was a masterclass on winning a race with an average horse. He saved ground the whole way round with Coreo Fligny, who seems to have been around forever. John produced the liver chesnut at the only post that matters to deny Athlete Royale (Mark Kane).

Adam Corey took most of the season to break his duck here last week. Success breeds success and the young Glengormley man pinged the gate aboard Double Deuce to double his tally. He was backed from 7/4 to evens and clocked 2:03.1.

Longford-based Ronan Norton won the E to D trot with Fairplay Briolais. Ronan explained that the horse needed his debut run the previous week to get to grips with Portmarnock’s tighter turns. The luckless Final Jihaime was bridesmaid yet again with Joe Caffrey.

The Jackie Galway Memorial Trot carried €1,800 for the winner. Martin Loughran’s remarkable breadwinner Curly du Layon (5/4 to 2/1) just pipped favourite Comete des Landes (Donal Murphy) by a nose, leaving Donal to walk the horse back to the paddock. The walk back when beaten a nose is one of the cruellest in sport.

Another of the recent intake of Trotteurs Français, Duca de Leau took out the Grade D trot for driver Bernard Nicholson and his trainer wife Gail. The eight-year-old is owned by Corkman Willy John Cooke. Jonathan Nixon’s was all the rage but had no answer to the newcomer’s turn of foot.

John Richardson said in a post-race interview that it will be very difficult to peg back Patrick Kane jnr in The Irish Field national drivers’ championship. Patrick ended a fallow couple of weeks with a win on Pixie Camden in a grade G pace.

The leader stayed seven clear of John with three meetings to come. Leah McNevin really galvanised Happy As Larry and Patrick had to get after Pixie.

The families of the two men honoured on the day would like to thank Rory Bridgette and John Griffin for their fund-raising efforts which brought in over €6,000 in added money.

Racing is scheduled to take place until Sunday, December 5th. Spectators are welcome although certain Covid rules are in place,.Turn in at Kinsealy Chapel off the R107.

Tomorrow sees the All-Ireland Series Finals for both pacers and trotters. Results and cards can be seen on www.irishharnessracing.com 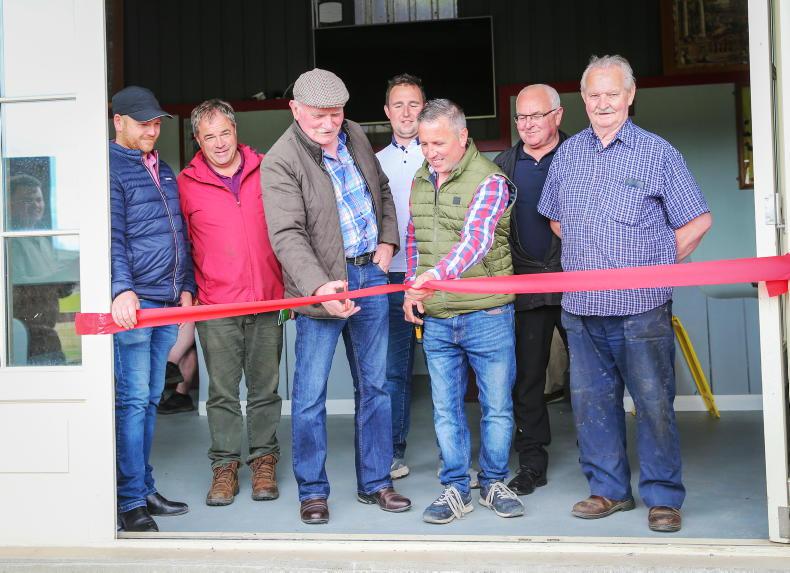 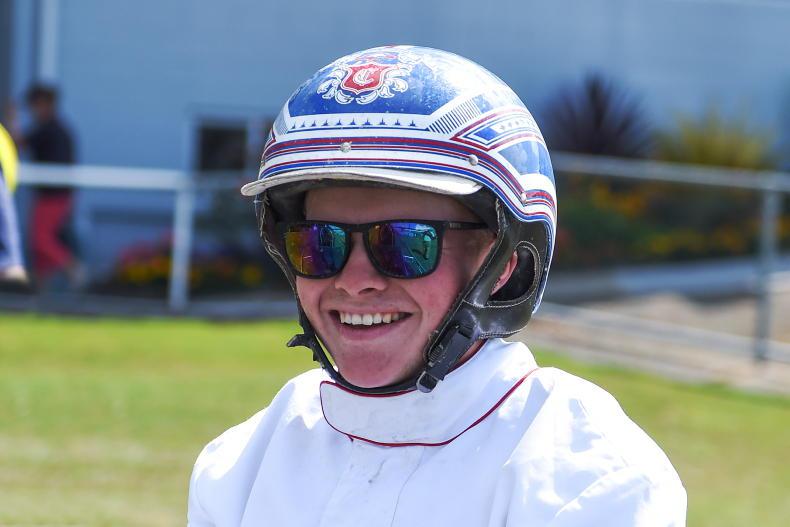 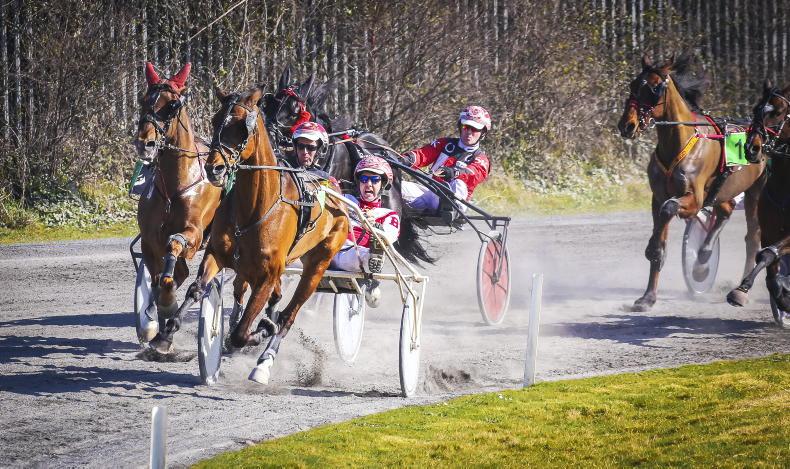 Dan Carlin
HARNESS RACING: Roche gets Vaillant back in the game
John Richardson, Billy Roche and Sean Kane were among the winners as the 2022 season got under way last Sunday 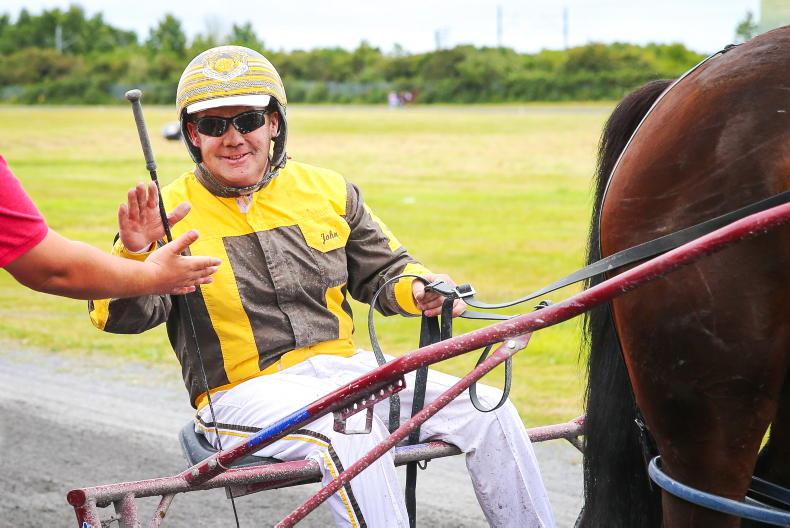