The Galway born-rider was delighted to register a first Irish success under rules at Galway last month. 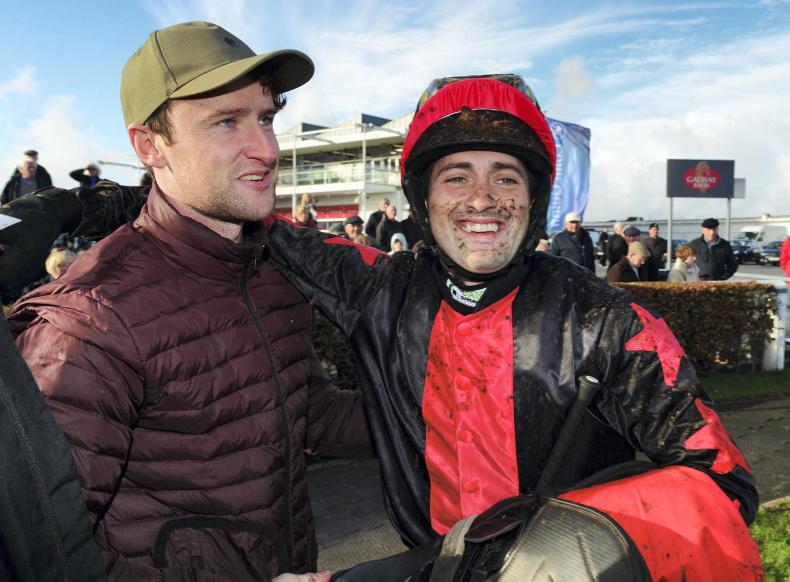 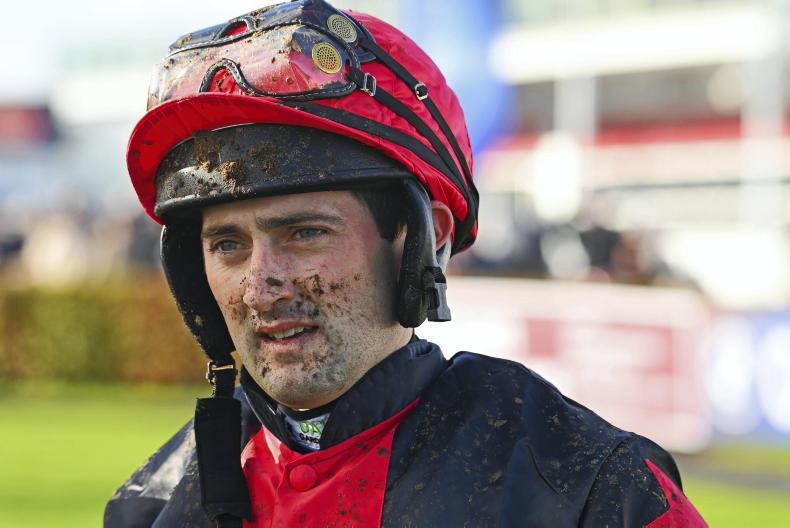 DESPITE having ridden 22 winners in Britain, since making the move over in 2017, it was particularly satisfying to register my first Irish success under rules, at Galway last month.

To ride a winner in my home country was pretty special but to do so at my local track, on a horse trained by Pat Kelly, a man who has always been so good to me, was the icing on the cake.

My aunt and uncles breed horses, so they have always been around in the family. As a child, I used to help out with the mares and foals on their farm.

I learned how to ride in Clonboo Riding School in Annaghdown, Co. Galway. From there, I went on to ride in pony races on the midlands circuit. During that time, I also rode out for Fergus Hanley and the late John Monroe.

It was a great experience and certainly helped to prepare me for later life as a fully fledged jockey. During my secondary education I was boarding in CCR in Roscrea, so I only got to ride out on the holidays.

I spent a summer in Jessica Harrington’s. That proved invaluable, as I was fortunate enough to ride out with Andrew Leigh, Mark Bolger, Mark Fahey, Tommy Tracey and Pauline Ryan. I got great experience, schooling and riding work.

Eamon Leigh helped me out a lot at that time. Mrs Harrington also taught me so much and that has stood to me. Long Lashes, Chasing Cars and Roberto Goldback were some of the horses that I remember from those days.

Later, I had about 10 or 12 rides in point-to-points for Mike Flannery in Ballinrobe and Paul Mullins (owner/breeder/handler).

After completing my education, I took a break from racing and worked offshore. I worked in Italy and West Africa for a time and took a two-weeks-on-two-weeks-off job in the North Sea on the wind farms. I worked on a crew transfer vessel.

Shane Bohan, a good friend and amateur at the time, was riding out for Pat Kelly. During my time off, I used to call in and ride out a few lots.

At the time, Mall Dini and Presenting Percy were in the early stages of their careers. I think getting to sit on them reignited the spark and got me going again. For that reason, I can’t thank Pat enough for getting me back into racing.

Although I rode in Irish point-to-points, I had never ridden under rules before I came to Britain. Through, Tony Kelly, Pat’s son, I ended up moving over to Britain and getting a job with Rebecca Menzies. Tony was based there at the time, so he suggested I come into the yard and ride out.

He helped me a great deal, not just in terms of getting the job but with riding different tracks and how everything worked in the UK.

I had my first rides under rules during the 2017/18 season and Bollin Line, for Lucinda Egerton was my first winner (Market Rasen, August 2017). In all, I rode three winners the first season and seven in my second. I was leading amateur until I done my ACL in a fall that had me out for the season.

I spent valuable time with John Quinn during the 2020/21 season. However, a run of bad luck with injuries curtailed my progress last season. I broke my back twice, punctured a lung and broke T4 in December at Wetherby.

After a good recovery, I had a fall at Doncaster in March, in which I had fractures from T3 to T6. I was out for five months but with the help of the Injured Jockeys Fund at Jack Berry House in Malton, I was able to return to full fitness.

It was certainly a tough journey but well worth it. Packing up race-riding was on the cards and hard to deal with but the team at Jack Berry House got me through it both mentally and physically. I can’t thank them enough for the support and encouragement during those difficult times.

I’m delighted they did because riding the winner at Galway last month for Pat, Tony and Mr. Cunningham was a dream come true.

The opportunity to ride Captain Jimmy came about quite by chance. I actually came home for a wedding on the Friday and rang Pat saying I’ll call in to ride out. Tony rang me the next evening saying “bring your gear we have runners Sunday at Galway.”

It was hard work up the straight on very testing ground but Captain Jimmy was a willing partner. I was back in the UK a couple of days after but would love to get to ride more in Ireland if the opportunities come up.

I continue to ride out for Rebecca Menzies but am predominantly based at my girlfriend Jessica Bedi’s training facility. She has a small yard on a family-run farm with 15 stables. There is a deep sand gallop, treadmill and walker.

Jess only has eight in training at the moment, as we have more summer horses than winter horses. All horses are National Hunt at present, as Jess also rides as an amateur.

Hopefully, over the coming months, we can develop the training further and get more owners to come on board.

On a personal level, I hope to continue getting the support from the owners and trainers that have used me in the past and build on that as younger horses come through the ranks.

Aaron Anderson was in conversation with John O’Riordan