Donegal-based restricted trainer Charlie Moore is turning out the winners 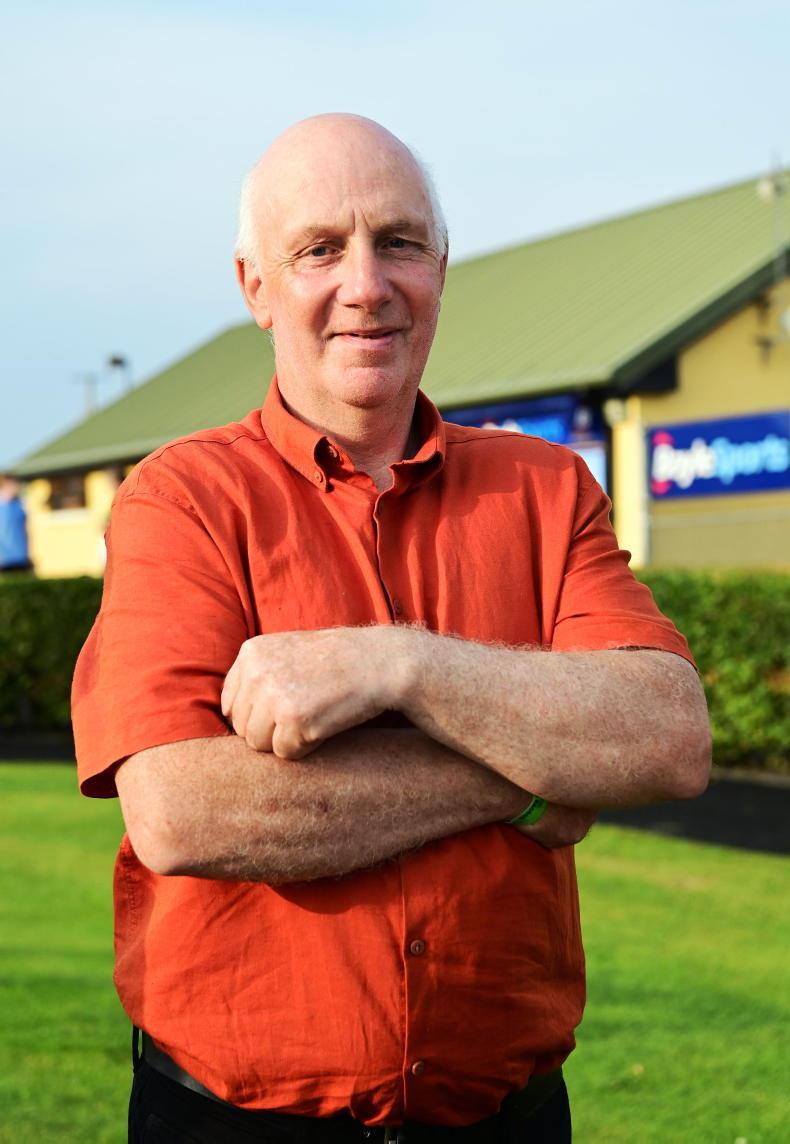 WITH three winners on the board already, I couldn’t be happier with how the current season is going. Since renewing my licence in 2019, after a couple of years out of training, I am enjoying it more than ever. The horses are healthy and running well, so hopefully we can continue the good form for the remainder of the campaign and into next year. My dad trained ponies for the circuit around Donegal and the west, so there were always seven or eight at home. I started off race-riding when I was still in primary school; even going through the card on one memorable occasion at a local meeting.

To make it even more significant, every one of the winners were owned and trained by my dad.

Aside from the ponies, I was also an accomplished boxer in my younger days, being crowned Ulster champion at one point. Years later, I got into coaching; something I continue to do right up to the present time.

Sylvester Kirk, father of the English-based trainer of the same name, trained in Clady on the border. I started going in to ride out for him when I was in my late teens.

I learned a great deal during the years I spent in his yard - much of which has stood to me since taking out my own licence.

Although I went working on the family farm after leaving school, we always kept the few ponies to race every year. Even when I got a job working at a local factory, the status quo remained when it came to the horses.

I subsequently went on to take out a point-to-point handlers’ licence, achieving some good success during that time. Later, I applied for and was granted a restricted licence to train horses for the track.

Having only held the licence a year, (2008), I was very fortunate to come upon Steig during my second season. That horse was runner-up at Killarney on his first run for me, before going on to win his next two races.

He gave me my first ever winner when coming home in front at Ballinrobe in July 2009, before winning at the Galway Festival just over a week after. On both occasions, he was ridden by Gary Carroll, who has long been a close friend of mine. All the family were at Galway on the day Steig won, so it is one meeting that we will always remember in our house.

Gary (Carroll), who was just an apprentice at the time, has since gone on to establish himself as one of the best jockeys in Ireland.

Over the following seasons, I had further success with the likes of Via Mia, Halarath and Jeremys Joy. Then, around 2016, it just got very quiet for us so I didn’t renew the licence for a couple of seasons. It wasn’t a conscious decision or anything like that, just a simple case of not having any horses to train.

It’s an expensive business at the best of times and there wouldn’t be that many owners in Co Donegal.

In 2019, the lads put together the Hard Decisions Syndicate and asked me to train a few horses for them. Last year, I was back in the number one spot for the first time since 2015, when Hands Down caused a 50/1 upset under young Wesley Joyce at Sligo.

The latter, who was riding his very first winner, is another good young jockey who has a bright future ahead of him.

I have been lucky to link up with owners such as Andrew Crawford and Kyle McGuigan, two men who have put their faith in me as a trainer.

With a better class of horse at our disposal this season, it has been pleasing to step up and win races. Gary Carroll rode Celtic Manor to victory at Sligo in May, while Dylan Browne McMonagle has been aboard the other two (Coviglia and Beer For The Boys).

I have known Dylan since he was a young fella, as I used to coach him at the boxing. He was a multiple All-Ireland champion in his younger days; a real gifted athlete who could turn his hand to just about any sport.

Naturally, I have been following his progress closely since he switched his attention to race-riding and was thrilled to have been able to link up with him for those couple of wins earlier in the season.

Hopefully, our association will continue to prosper in the coming years and we can enjoy further success together.

As a restricted trainer, I can only have four horses in training at any one time. For that reason, it has been very satisfying to win with three individual runners this year.

Johnny Holian and my own young lad Oran, ride out and work the horses at home. We do most of the galloping on the beach, something I find to be of great benefit to the horses. They are able to walk in the salt water immediately after finishing their exercise, so it helps to cool down the legs straight away.

The hard work the lads and myself are putting in has been rewarded, so hopefully we can build on that success and move forward together.

Charlie Moore was in conversation with John O’Riordan