Former jockey, point-to-point handler and now a newcomer on the training scene 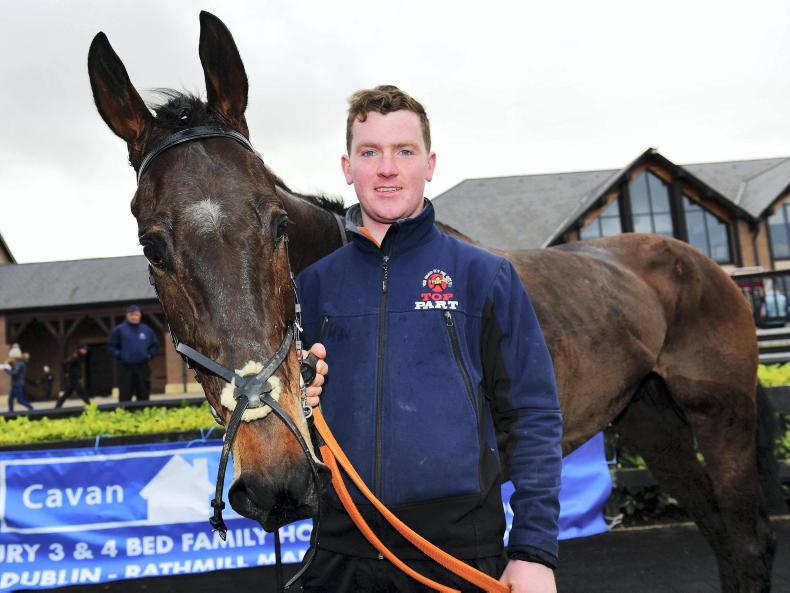 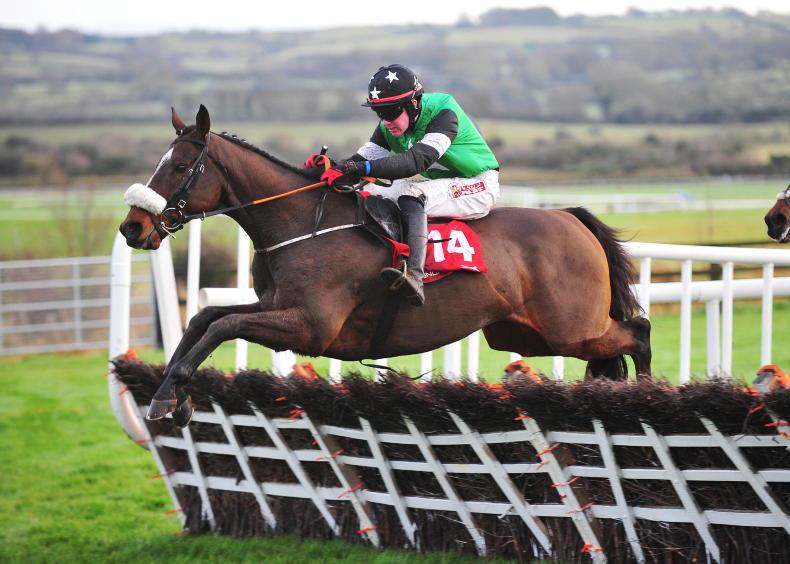 One from Cian Collins' racing days; jumping the last aboard Dawerann to win the Punchestow Handicap Hurdle in 2016 \ Healy Racing
Previous Next

A SERIOUS back injury forced me to call time on my riding career after less than three full seasons, but that has just made me all the more determined to make it as a trainer.

Having only held a licence since June, I was delighted to send out my first winner when Effernock Fizz was successful at Killarney last month.

What made it even more special was that, apart from being a graded race, it was also at my local racecourse.

Total Enjoyment winning the Cheltenham Bumper at the 2004 festival, is one of my earliest memories of racing. My father, Alan, was part of the syndicate that owned that mare, so understandably there were great celebrations in the aftermath. I was just six at the time, so wasn’t present on the day but watched at home on television.

Having received riding lessons from Padraig Hayes, I started going in to Tom Cooper when I was seven or eight. In the years that followed, aside from riding out for Tom, I also did three years pony racing, as well as a good bit of showjumping.

I left school the day Bryan Cooper broke his leg in Cheltenham (March 12th 2014). Tom (Cooper) had to fly over that evening, so I was left in charge of the yard. Although just 15 at the time, I never went back.

A month later, I moved up to Ger Lyons, hoping to take the first steps on the road to becoming a flat jockey. However, my weight soon ruled out that possibility, so three months on, I went to work for Dessie Hughes.

I spent a year and a half on the Curragh but sadly, Dessie passed away during that time, so his daughter Sandra took over the licence. She gave me my first winner under rules - Poetic Lord at Wexford in April 2015. Prior to that, I had just two rides on the racecourse, one for Sandra and another for Tom Cooper. It was great to get off the mark on just my third attempt.

The next season (2015/16), I rode a winner for Donal O’Shea, a trainer based in Glenbeigh, County Kerry.

In early 2016, I moved up to Gordon Elliott, where I was based until October of last year. In all, I spent six or seven years in the yard and really loved it there.

Gordon (Elliott) is a great trainer, a genius with horses. He was very good to me throughout my career and I can’t thank him enough.

With eight winners on the board, season 2016/17 should have been the catalyst for my whole career; instead, it proved to be my swansong.

I broke my T3, T4 and T5 following a bad fall at Limerick and had two metal rods and 11 screws inserted in my back. Naturally, like any professional athlete, I wanted to come back, but medical experts decreed that my race-riding career was over.

As soon as I was fit enough to do so, I took up a role as a work rider for Gordon . About three years ago, he also asked me to break and pre-train a few horses before they went into training. With others also sending me horses, that business really snowballed, so much so, that in November 2019, I sent out my first runner as a point-to-point handler.

Similar to my time as a jockey, I didn’t have to wait very long for that first winner as a trainer: We Will Sort it won at Punchestown in February 2020.

I went on to train a further five point-to-point winners, while continuing to ride out and pre-train for Gordon. It was not until last October that I left his yard in order to work for myself full-time.

In June 2022, I received my licence from the Turf Club and sent out my first runner at Kilbeggan later that same month. It was very satisfying to continue the trend of breaking my duck early on, with Effernock Fizz providing me with a winner during what was just my third month with the licence.

Since Tralee closed a number of years back, Killarney and Listowel would be considered the local tracks for me, so it was extra special to lead in a winner at that venue. To do so, on what was also the feature race of the day, was definitely the icing on the cake.

Based in Robinstown, Co Meath, I currently have a string of 30 horses. That number is made up of everything from horses in training to pre-trainers to breakers.

We have a lot of young horses in at the moment, so there is certainly much to look forward to.

In all, there are 40 boxes here, so like everyone, I will never turn down the opportunity to train a nice horse.

Davy Condon is full-time with me now, while Ray Loftus is our yard man. Jordan Gainford, who lives with me, rides out and schools whenever times allows. I am very fortunate to have such experience to call upon and fully appreciate their input.

My parents Alan and Jackie, have always been a great support, while my uncle Noel (Collins), a successful breeder in his own right, is a right help to me.

Long term, I’d love to train a Cheltenham winner, as I feel my entire career stemmed from that festival success of Total Enjoyment. However, before all that, I’d be delighted if I could complete the set on the Kerry tracks, at Listowel later this month.

Cian Collins was in conversation with John O’Riordan