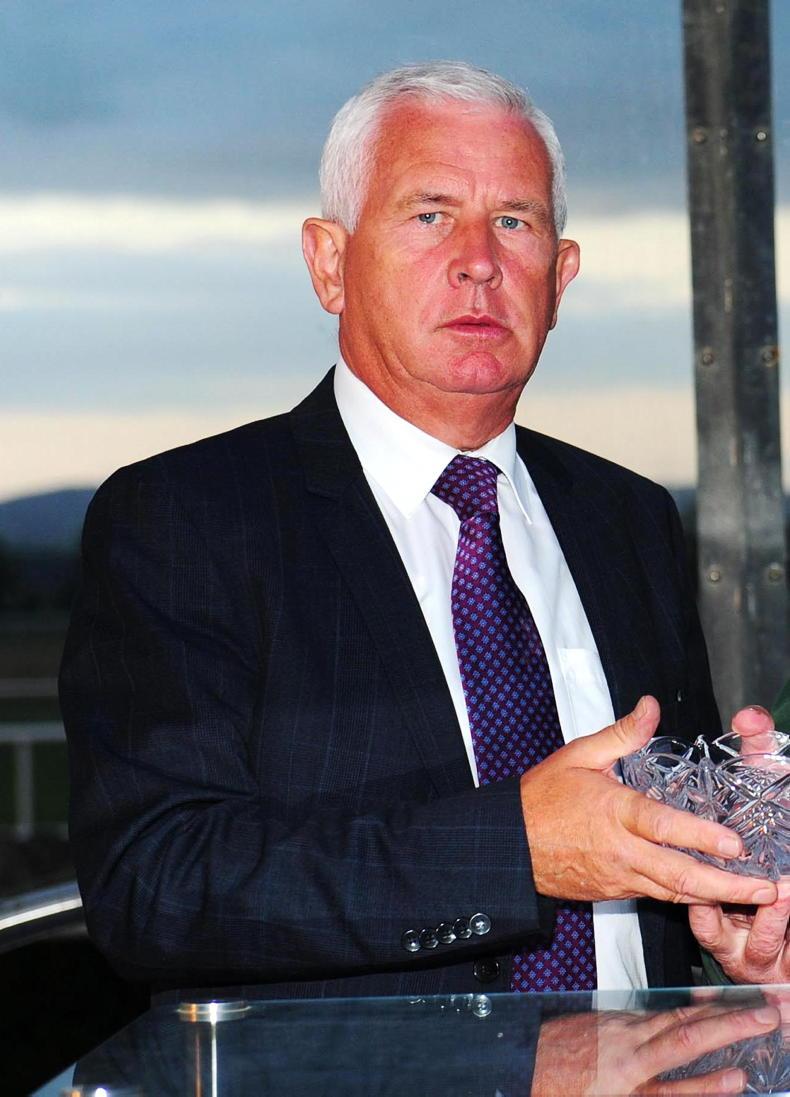 IF you have attended a race meeting in Ireland over the last decade, as an owner, trainer or as part of a corporate event, then my face will be familiar to you.

Since 2011, I have worked in the racecourse hospitality sector for a number of HRI owned tracks.

A Longford man by birth, my background is in the pub and restaurant trade. At 17, I went to Rockwell Catering College, in Cashel, where I completed a two-year hotel and catering course. At the end of the second year, I was honoured to be awarded the prize for best student.

The first full-time position I held after graduating was as head waiter at the Devon Inn Hotel in Templeglantine, Co Limerick. The premises was one of the major stopping points for racegoers attending the Listowel Festival, so we were open from 8am until close during that week. It was an exciting time which we eagerly looked forward to every September.

After four years, I moved on to the Templemore Arms Hotel in Tipperary. Dan Ward, for whom I had worked in Limerick, took up a new role and invited me to join his staff. I was employed as a bar worker/waiter but did general duties as well. In 1979, I married Nora Buckley, a local girl, and we settled in Tipperary.

I spent two years working at the Aherlow Hotel as head waiter, before taking up a position as assistant manager at the Greenhills Hotel on the Ennis Road (Limerick).

In 1984, I renewed acquaintances with Dan Ward, returning to Tipperary to manage Polly’s Pub.

Located right outside the gates of the Garda College, it was a great spot for racing and GAA followers. Owners and trainers would regularly stop for refreshments coming from their local tracks. The late Dessie Hughes was a great patron and always a lovely man to chat with. In 1986, we were fortunate enough to be named as Munster Pub Of The Year.

Around the same time, I first got involved in horses, owning a couple of point-to-pointers in partnership. Next, I dipped my toes into ownership on the track - eventually getting involved in three with Captain Donald Swan.

Although none of those stepped up to the mark, Captain Swan very kindly offered me the pick of a couple of young horses he had in the yard. I went with a filly which I later named Cool Nora. As Captain Swan was finishing up training, she only ran three times for him, before I switched her to Tony Martin. She won her maiden hurdle for me at Downpatrick but subsequently picked up an injury at Punchestown that ended her racing career.

As a broodmare, Cool Nora, only had one offspring, as we sadly lost her during foaling.

However, the colt she had, Davids Lad, went on to win 12 races for me - the undoubted highlight being the 2001 Irish Grand National at Fairyhouse.

Having won his first four races in my own name, I later syndicated him to three others and we formed the Eddie Joe’s Racing Syndicate. That same year, we bought a pub of our own, which was rather appropriately named Eddie Joe’s Pub.

Similar to Polly’s Pub before it, I enjoyed some fantastic years meeting and working with some great people. Like the racing industry, a pub or restaurant is only as good as the customers who give it their business.

I’d like to thank all those who supported me over the years in the different establishments that I owned, managed or worked in.

I had gotten to know Peter Roe during his time as manager at Tipperary Racecourse. Although by 2011, he had moved on to take over at Fairyhouse, we remained good friends.

That Easter, he rang me to ask if I would come up and look after the Taoiseach at the upcoming Irish Grand National meeting. Despite being thrown in at the deep end, I thoroughly enjoyed the whole experience and have never really looked back since.

The role developed over the years, to the extent that I now also work at other HRI run venues. Essentially, I walk around the different areas of the racecourse, meeting people and ensuring that they get the most from their day.

Obviously, a big part involves greeting owners and trainers in their designated bar but I also visit corporate boxes, stag, hen and birthday parties and meet people coming racing in Ireland for the first time.

Over the year, we get visitors from Britain, the US, Australia and Hong Kong to name a few. I show them around the track, involve them in the presentations and generally just make them feel part of the day. Healy Racing photographers take pictures which are later emailed on to our visitors.

It is heart-warming to receive cards and letters thanking us for making their visit to Ireland and the races such a memorable occasion. Owners are the lifeblood or our sport; it is important to acknowledge that without them, myself or many others within the industry wouldn’t have a job.

I feel that while most racecourses do a fantastic job looking after owners, more still needs to be done. Having wanted to gain an overall understanding of how a racecourse works on race day, I also spent some time working in the stable yard, allocating boxes to trainers. Even now, if someone is under pressure, I will take time out and lend a hand wherever it is needed around the course.

I think that mentality of wanting to be capable of performing multiple tasks probably stems from my days in the pub trade.

My daughter Rachel lives in London, and my son David (Moran) is a successful jockey in Canada. David rode as an apprentice for Jim Bolger before moving over in 2011. He rode his first winner, Margarula, at our local track, Thurles. One of his biggest successes in Ireland came aboard Blue Corrig, for Joe Crowley, in the 2003 Ulster Derby.

Seven years later, David won the Woodbine Oaks on Roan Inish, a horse that had formerly been trained by Jim (Bolger). The following year, he left Ireland and decided to pursue a career in Canada.

Nora and I used to get over to see both Rachel and David at least once a year but obviously that wasn’t possible during lockdown.

When restrictions were eased, I did a bit of work for Goffs, looking after breeders, owners and visiting trainers like Nicky Henderson. Even now, I still help out at the one off Punchestown sale every year. Hopefully, in the coming months, the whole family will all be able to get together again, as it has been a long time.

Eddie Moran was in conversation with John O’Riordan