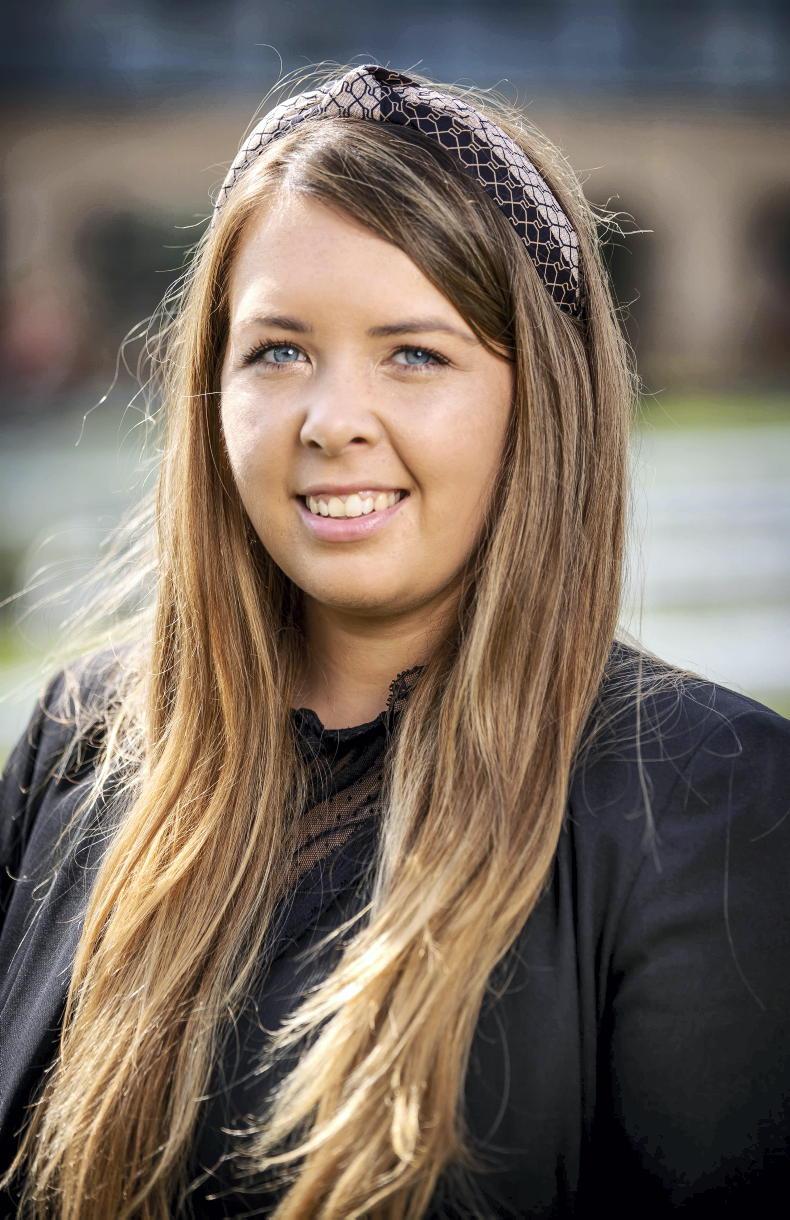 AS Youth Marketing Executive with HRI, it is my remit to promote the sport to the younger generation and help create and develop future fans of the sport.

As part of my role, I am also responsible for promoting the stories of the brilliant people who work in the industry to attract others to consider careers in the industry.

The household names that we see at the races and on our television screens every day are real life heroes and inspirations and should be appreciated as such.

Ireland has some of the greatest horses, jockeys, trainers and horse people in the world and that needs to be brought to a wider audience.

My father Pat did a lot of breaking, sales prep and pre-training when I was growing up, so there were always horses around at home. I had an interest but wasn’t fully bitten by the bug.

However, everything changed when I went into sixth class in primary school; Dad took out a trainer’s licence and very soon I was hooked!

Having only held the licence since November (2010), dad trained his first point-to-point winner in January 2011. I started going racing, to gallops and schooling days in the months that followed.

I just instantly loved it, there is so much hard work that goes in behind the scenes and when you get results there is no better feeling. One of my favourite horses we’ve trained has to be Three Bells who won eight races for us and was placed numerous times.

Despite coming from a racing family, I wasn’t a racing expert. I knew little about the rules of racing or even what a handicap was in my early years.

I was very fortunate in that, aside from the racing yard, Dad had a mix of everything at home. My knowledge grew throughout secondary school, as I became more involved in the business and learned about breeding, sales prep, feed and nutrition, general horse care; basically, the whole life cycle of the thoroughbred.

As an only child, it is a family-run business, with just dad, mum and myself involved. I did briefly try horse riding for a few years in my early teens but never really got into it.

Exams took over around the same time, so I found myself parking that; instead deciding to work on the ground at home.

During transition year, I did a week’s work experience at Navan racecourse and a further week at Tattersalls in Fairyhouse.

The timing couldn’t have been better at both venues, as there was a race meeting at Navan and a sale at Tattersalls during the period I was there. I ended up being offered a part-time job at Navan, something that I continued at throughout my secondary and third level education.

I studied Equine Business in Maynooth University; a course that focussed more on the business side of the industry, which was exactly what I wanted.

As there was a relatively small team in Navan, I was afforded the opportunity to put much of what I learned in college into practice in a real racing environment.

I ran the various social media platforms, organised the very popular schooling days at the track and helped with operations and sales. That in turn, led on to further marketing work with the likes of Dowth point-to-point, Fairyhouse Racecourse, Bellewstown racecourse, Tamso Doyle and Red PR to name a few.

I lived at home while studying in Maynooth, so familiarised myself with passports, medical registers and vaccines, as well as delving a bit deeper into horse nutrition.

Covid hit during my final year in college, so I ended up spending 12 months at home working full-time with my dad, as well as doing a diploma in PR & Marketing Communications and a diploma in Digital Marketing.

With restrictions in place, owners and the general public weren’t allowed go racing for an extended period. Social media took on an even greater significance, with graduates who had experience in that field being sought after.

I joined the Curragh Racecourse in March 2021 as a marketing executive and was promoted to acting marketing manager two months later.

I learned quite a bit myself, as my background is predominantly National Hunt racing. Indeed, my grandfather bred the 1985 Galway Plate winner, Chow Mein – that trophy still holds pride of place in our home.

The former involves engaging with young kids by giving them an insight into the sport, growing their love and affinity with the sport and its characters. In that regard, we create touch points for them with jockeys, trainers and horses.

We run Education Days at racecourses where school children get a behind the scenes immersive experience at their local track and are currently developing a schools programme about racing for primary schools.

Jockeys have also been very giving of their time with autograph sessions, meet and greets and school visits. I also work closely with racecourses as it is imperative that racecourses are welcoming places for children and families outside of the standard family days.

Equuip, on the other hand, is all about showcasing the horse racing and breeding industry as a career option; attracting new people in and upskilling those already employed. There are so many different avenues an individual can take within the industry.

My role with equuip is to promote the careers available, tell the stories of the fantastic people working in this industry and raise awareness of the services and supports that equuip offers to those in the industry.

The yard at home is a huge part of my life and thankfully, we have enjoyed a great summer. Penny Jar and Little Big Rocky (two) won three races between them in the space of a month. Paddy O’Brien and Conor McNamara, both ride out for us and are important and valued members of the team, so it was great that each of them won a race.

Encouraged by those successes, we will be active at the upcoming horses in training sales, so if anyone is looking to get involved, we’d love to hear from you!

We have also just done a big renovation of our gallop, so we are very much looking forward to the future.

Having taken a much more active role in recent years, I now do all the entries, declarations and administration work, as well as continuing to keep all of the Pat Downey Racing social media channels active and engaging.

I really enjoy assisting dad with the training of the horses and am very much hungry to help grow the business, keep improving and get results.

Heather Downey was in conversation with John O’Riordan