J.G. Murray is a trainer as well as a personal trainer/strength and conditioning coach 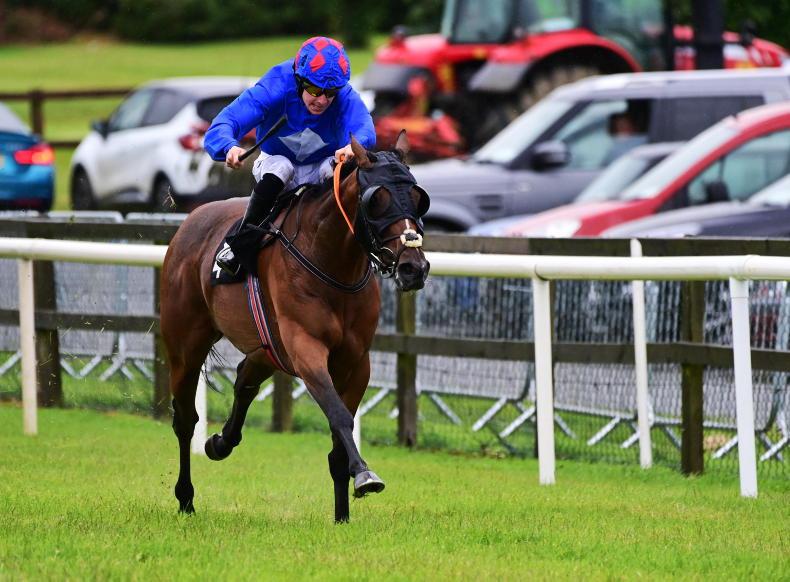 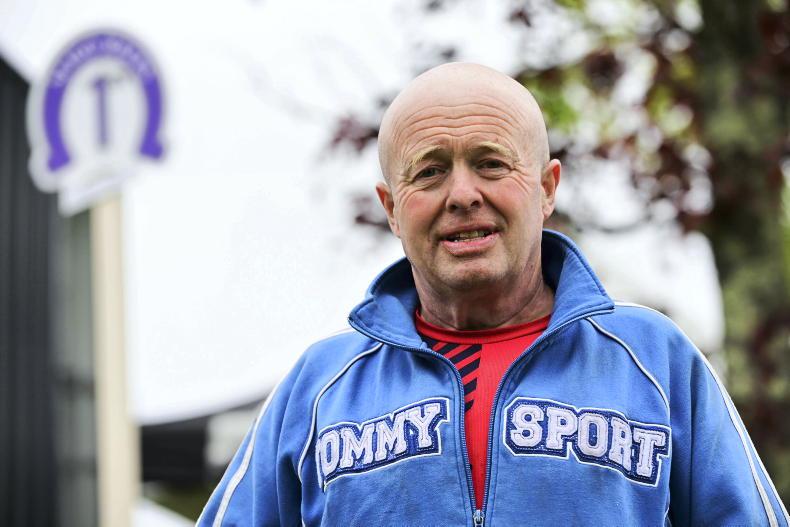 IT’S not often a trainer praises the handicapper for putting a winner up 15lb but I was thrilled when Mass Gathering received such a hike after winning a Sligo Claimer back in May. The subsequent rise made it easier for the filly to get into races and she followed up with another win at Bellewstown earlier this month.

However, while I wasn’t as pleased when she was raised a further 10lb on the back of that success, I’m hoping there may be another race or two in her.

I grew up on stories of my grandfather breaking horses and making traps. While the interest skipped a generation, I was always fascinated by the tales recollected to me by my grandmother. In the mid-1950s, early ‘60s, the family lived in Galway, where they made their living from horses.

I had ponies at home as a teenager but it never went any further than us kids racing against each other.

After leaving school, I did an apprenticeship in welding and mechanical work but only worked very briefly in that sector.

There wasn’t much work in Ireland during the 1980s, so I ended up switching careers and becoming a personal trainer/strength and conditioning coach. Over 20 years on, that remains the day job - the bread and butter so to speak. In the late 90s, I took my first steps into racing, when buying a Supreme Leader mare to run in point-to-points. I took out a handler’s certificate and the whole thing started from there.

Drawing from my own background working with athletes, I was interested in learning how to get a thoroughbred fit and hopefully, good enough to win a race.

It took a very long time but they do say that if something is worth doing, it’s worth doing right.

Having endured lots of disappointments and dark days along the way, I think I always knew that one day it would come good for me. There are so many ups and downs in this sport that you really have to treasure and appreciate the good days.

Days like Sligo and Bellewstown with Mass Gathering are few and far between, so I tried to take everything in and enjoy every minute of it.

About six years ago, I became assistant trainer to George Webb. It was the first time I had really worked with flat horses and George (Webb) was a great man to learn from. We enjoyed some good success with horses such as Cosmic Symbol, Ask Katie and Talk Now.

George and his wife Siobhan (Bulfin) design and create sculptures for a living; a lot of their work is commissioned by HRI to present as prizes at the races. With that business continuing to grow and flourish, George decided to hand in his licence and suggested I should apply for mine.

Tom Cleary, a long-time family friend, also encouraged me to go out on my own and follow my dream. As George (Webb) had retired, Tom (Cleary) initially trained Mass Gathering for me before I completed the trainers’ course and received the necessary paperwork.

He did a fantastic job with the filly, including when sending her out to be second at the Curragh on her first start for us.

Bought out of a Naas claimer, Mass Gathering is a half-sister to a blacktype horse. Being by Canford Cliffs, she is very tough and takes her racing very well. It took her some time to grow and strengthen up but she is a solid filly now.

It was such a special day when Mass Gathering won her race in Sligo. She was somewhat unlucky not to gain a second win at that track on her penultimate start but was denied a clear run up the straight.

Gearoid Brouder, who had won on the filly at Sligo, was unfortunately unavailable at Bellewstown due to suspension.

We were lucky to find an able deputy in Wesley Joyce; one of a number of up-and-coming apprentices in Ireland.

I am a firm believer in giving young lads a chance, as they are the champion jockeys of tomorrow.

Wesley didn’t let us down either, giving the filly a fine ride to win at Bellewstown.

With the personal trainer/strength and conditioning coach roles taking up much of my time, I am fortunate to have a great team at home. My son Jerry junior and my partner Paulette are invaluable in that regard. Jerry junior does all the entries, places the horses and books the jockeys. However, I wouldn’t ever expect to see him muck out a lot or wheel a wheelbarrow!

For my part, I muck out, drive the lorry, take the horses to the Curragh to work and do all the racing. It’s not easy doing all that while holding down a full-time job but I wouldn’t have it any other way! You have to love horses and the sport itself; you certainly don’t do it for the money.

We have four in training at the minute, with room for six in total. I wouldn’t want it to get any bigger, as at that stage I know I couldn’t give 100% and it wouldn’t be worthwhile.

I have learned over the years that every athlete is different, a principal that also applies to racehorses. It took a while to find the key to Mass Gathering but between myself and Muredach Kelly we eventually found it. I do a lot of work on the latter’s gallops and he has been a great help since I started training.

Diet and nutrition are just as important to thoroughbreds as they are to human beings. Recovery is often spoken off in terms of workouts and that is another similarity with horses. They need to be given time to get back to themselves after a race - you need to let the horse let you know when it is ready to run again.

Jerry Murray was in conversation with John O’Riordan