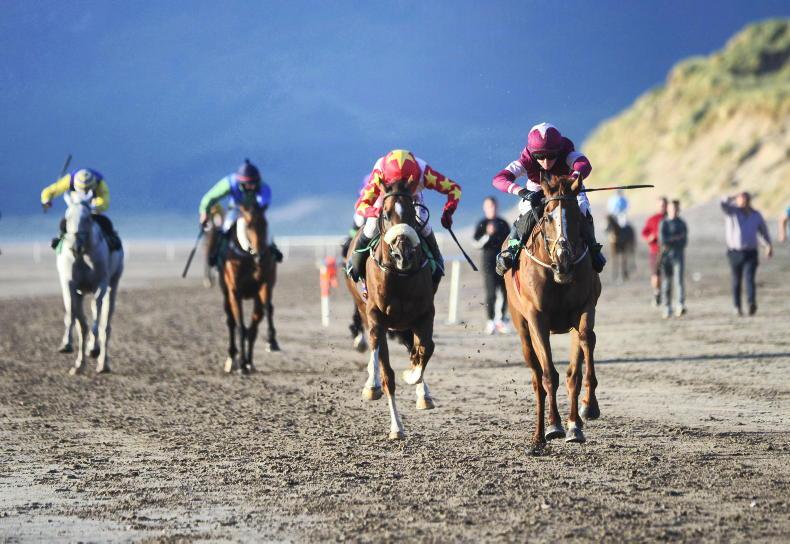 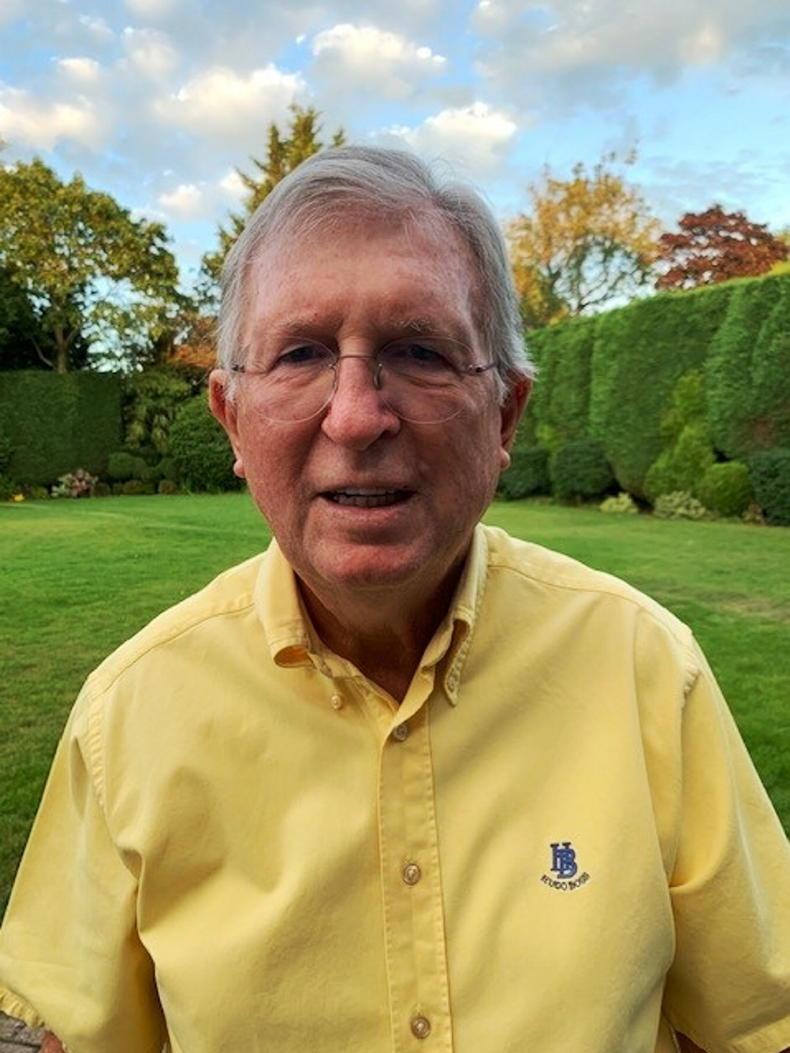 NEXT Saturday and Sunday, September 3rd and 4th, pony racing returns to Rossbeigh Beach, in Glenbeigh, Co Kerry, after a two-year absence. As life president of the race committee and main sponsor for over a quarter of a century, I am delighted to be able to welcome visitors to our village. Aside from being one of the more recognisable meetings on the circuit, Glenbeigh is also amongst the most picturesque.

Although my family emigrated to London when I was just nine, I have fond childhood memories of Glenbeigh Races. In those days, the horses would arrive a day or two before the meeting, so were in need of exercise before the event.

Local kids would be falling over themselves, looking for the chance to ride those horses on the beach. None of us had any riding experience of course, we just jumped up and away we went! How no-one got seriously hurt I don’t know but life was different back then.

In the early 1950s, there was little work in Ireland, so my parents left Glenbeigh and relocated to Kilburn, the Irish capital of north London. My father, who was a hard-working man all his life, found employment as a labourer on building sites.

At 16, I contracted tuberculosis (TB), which resulted in hospitalisation for two years. Fortunately, a new experimental drug called streptomycin, arrived just in time to save my life.

Despite being given a clean bill of health, I found myself as an adult, having never sat an exam in my life, without any formal qualifications. Rather than seeing that as a burden, I focused instead on the more important facts of being fit and healthy.

By now my father had grafted his way up to becoming his own boss, so I went to work for him. Always a saver, I put away everything I could each week, hoping to one day set up my own business.

However, for one reason or another, things went wrong for my father, which meant I needed to plough that money in his direction. He ended up getting a job as a clerk of works at Islington Council, while I went in search of new employment.

I did a bit of DJing, while also working as a stage hand. For two years running, I worked on the Beatles Christmas show at Finsbury Park and Hammersmith respectively. In 1969, I went to Turin to work on the Michael Caine film, The Italian Job.

While there, I discovered something new that had yet to reach Britain - a crossover between a pub and disco. On my return, I approached the owners of The Thatch Bar in Boreham Wood with this radical idea and a partnership was born.

However, after a couple of years, I decided that DJ-ing just wasn’t the life for me, so I left and bought a taxi.

Having started with just one car on the road, I built it up to the point, where Addison Lee became the biggest taxi company in Europe. In 2013, when I sold the business for £350 million, we had a fleet of 5,000 cars in operation.

In the late ‘90s, a committee was formed with the intention of reviving the Glenbeigh Races. The fixture had been abandoned for a number of years due to insurance issues - some things never change!

Having been asked to come on board, I sought a meeting with the head of Tourism Ireland, as I felt they could offer support.

Here we were, with one of the best products in the world, on one of the finest beaches in Ireland, yet no-one was prepared to promote it and put it in the shop window. To say the response was less than satisfactory would be an understatement.

Since the races were revived, every year, I have personally had to pay the various media outlets to advertise and report on the day.

In a new departure, this year, we have decided not to buy any advertising - why should we do the job for Tourism Ireland?

In 2014, a French film crew came over to do a feature on the races. They couldn’t believe how little coverage pony racing received in the mainstream media given what a fantastic day out it was and how well it advertised Ireland as a tourism destination.

When it was released in France a few months after, it attracted a viewership in excess of five million people. I feel that the entire circuit, not just Glenbeigh, should be put in the shop window for the world to see.

The powers that be are definitely missing a real opportunity in that regard.

That same year (2014), Irish TV, a company I was involved with, operated a drone overhead, as the action unfolded on Rossbeigh Beach. It was the first time that a drone had ever been used to follow a live horse race in Ireland. The clips were later used in an award-winning short film featuring Dylan Browne McMonagle, titled Five Stone Of Lead.

Young Dylan has since gone on to become champion apprentice in Ireland and looks to have an exciting career ahead of him.

Aside from wishing to maintain the tradition of pony racing in my little corner of the world, my main reason for taking such an active interest, is the satisfaction I get from seeing those kids who start off on the circuit, go on to bigger things.

Brian Crowley, Paul Townend, Danny Mullins, Chris Hayes, Bryan Cooper, Rossa Ryan, Jack Kennedy, Aidan Coleman, Dylan Browne McMonagle, the list goes on. Ross Coakley, whom we consider an honorary Glenbeigh man, is another who honed his skills on the beach at Rossbeigh. He has done incredibly well since making the move to Britain just over a year ago.

With restrictions eased, I am looking forward to returning home next weekend. As a local man, who was fortunate to do well in life, I feel very strongly about giving something back to my community.

Having turned 80 on August 1st, I appreciate the opportunity to renew acquaintances with friends and neighbours - something that lockdown prevented in previous years. Hopefully the weather will favour us on September 3rd and 4th and the crowds flock to Glenbeigh for the festival.

John Griffin was in conversation with John O’Riordan