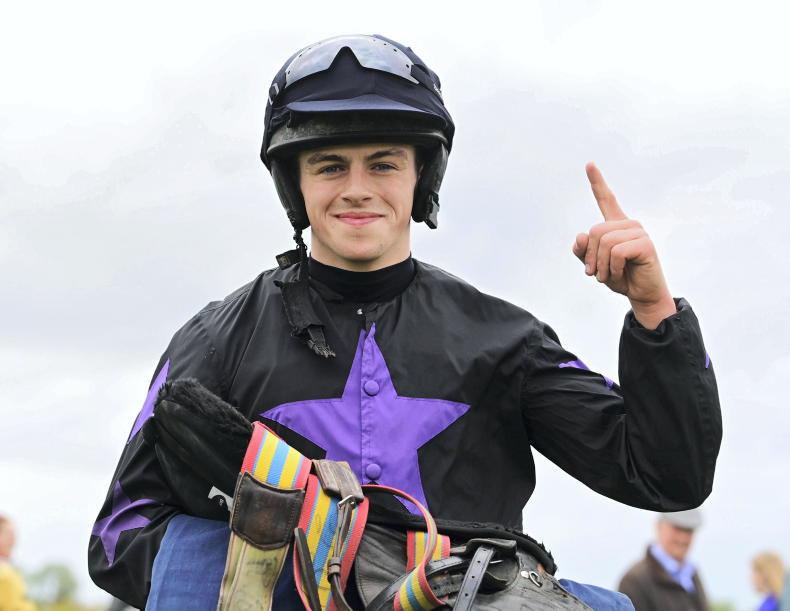 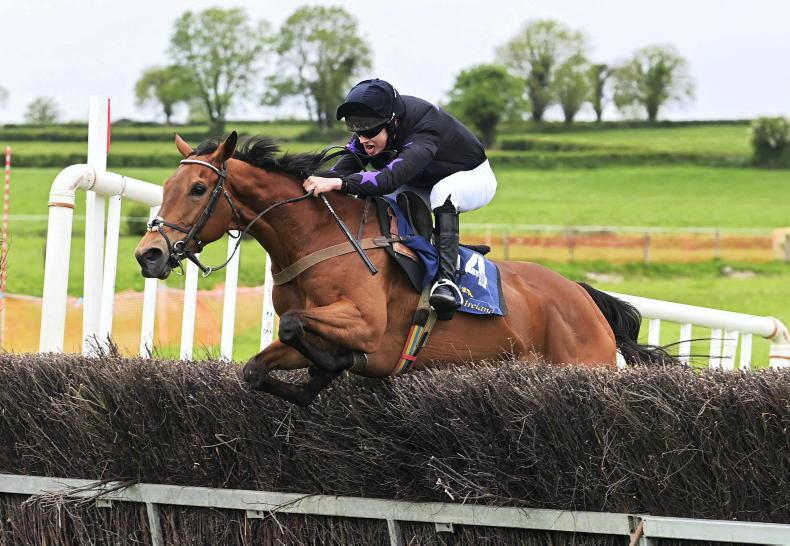 SPY Lady gave me a day I will never forget, when winning the six-year-old mares’ maiden at Ballingarry point-to-point last month.

It was a significant career milestone, as I was riding my first winner on just my fifth ever ride.

Hopefully, on the back of that success, I can now get going and establish myself in the amateur ranks over the coming months.

As a kid growing up, I was always in awe of my cousin, Eddie Power. A National Hunt jockey, his riding career was cut short after a bad fall at Kilbeggan in 2013. I used to watch his races when I was in primary school and at around four or five, I learned how to ride at Ryan’s Equestrian School in Thurles.

From there, I started off with a few ponies at home and then moved on to riding a couple of hunters for Eddie.

I never did any pony racing but hunted and competed in hunter trials as I got older. In my early teens, I got a Saturday job working for local trainer, Pat Doyle.

The first thoroughbred I ever sat on was Sir Des Champs; runner-up in the 2013 Cheltenham Gold Cup.

He had been a serious Grade 1 horse in his time but by then he was point-to-pointing with Pat. I rode him out every weekend and essentially learned how to ride on the former Gigginstown-owned horse.

At 15, I moved on to Sam Curling, where I remained until September of last year. Initially, I just went in at weekends and school holidays but after finishing my Leaving Certificate, I stayed on full-time for a further 12 months.

Sam was very good to me; he gave me plenty opportunities and I rode in two point-to-points for him. However, his yard is a fair way from my home place, so late last year I decided to move closer to home.

John Ryan only trains about five minutes from our place and I had gone in the odd time when I was 16. He rang me in September to say that there was a job going in his yard if I was interested.

It seemed the perfect fit at the time, so I went for it and have been here ever since. The following month, I also started riding out for Shane Duffy, who also trains relatively close to us.

At the moment, I am with John Ryan in the mornings, Shane at lunchtime, then back with John again in the evenings.

When I was originally with John, he had around 50 horses in training but that figure is closer to 70 now.

Over the last few years, he has really built up a solid reputation and the winners just keep coming. The staff in the yard are excellent and we are fortunate to have some top-class lads coming in to ride out.

That, in itself, has helped bring me on as a jockey, as I get to ride out and school alongside experienced professionals.

Shane Duffy has also been very good to me since I went to work for him. He has a fantastic set-up with excellent facilities and has really taken me under his wing and mentored me.

Getting the opportunity to ride out with flat jockeys at Shane’s has been beneficial in helping me tidy up my own technique as well. Paddy Duffy, Shane’s father, no longer rides out but is a great teacher who is always prepared to offer advice where needed.

My cousin Eddie has continued to be a guiding light in the background the whole way through, as has my mother, Pearl. She has supported me from day one and I am very lucky to have her in my corner.

I rode in two bumpers for John Ryan before Christmas, so including those and my previous two point-to-point rides for Sam Curling, I had ridden in just four races prior to Ballingarry.

It had been a goal of mine since January to ride a winner before the season was out, as I lost my best friend Oliver Adlum to suicide at the beginning of the year. He also rode in point-to-points and we used to always be talking about getting a winner and stuff like that.

It was something I had in the back of my mind to ride that first winner, for Oliver as much as myself. Even after Spy Lady won, it didn’t sink in straight away.

To be honest, it was only the following day I really sat down and thought about it all; what it meant and how delighted Oliver would have been.

My intention is to stay amateur for at least another season, hopefully pick up more experience and build up contacts.

If I can get going and ride a few more winners, I’d love to turn conditional down the line and see where that brings me. I can do 9st 7lb without any problems, so that should give me more opportunities in time.

Josh Younge was in conversation with John O’Riordan