After gaining experience all round the world, Katherine is now Online Sales Executive with Tattersalls 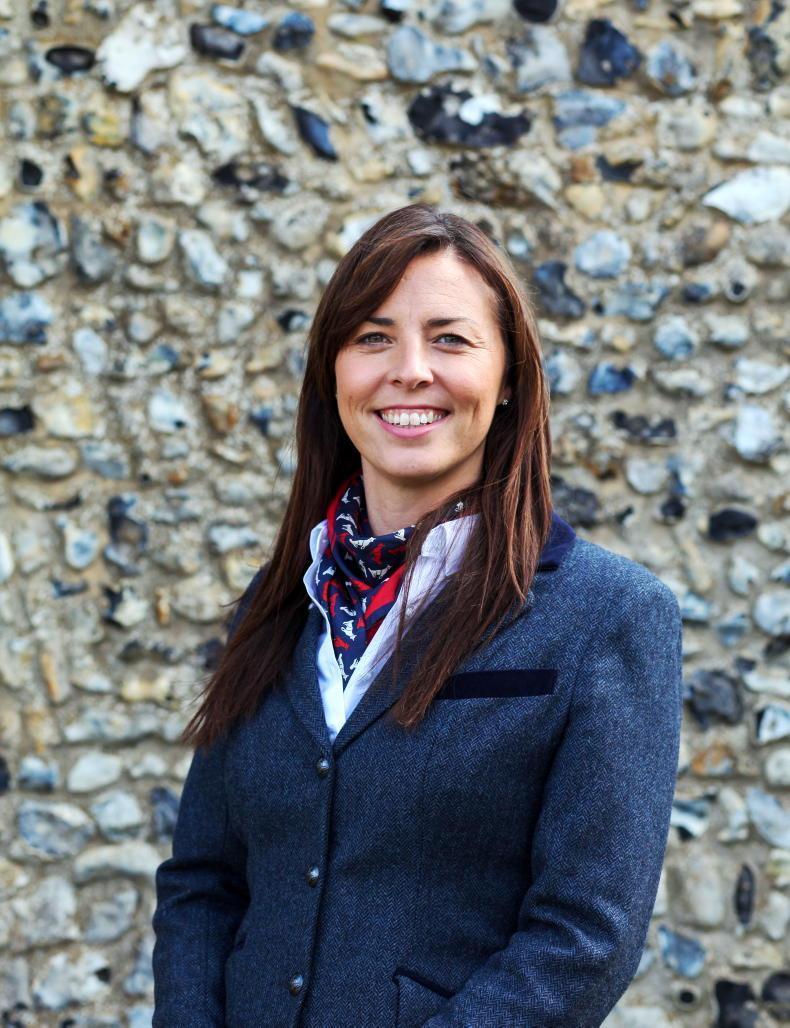 HAVING returned from Australia late last year, in April, I took up a new role as Online Sales Executive with Tattersalls.

While this particular vehicle of trading is still in its infancy on this side of the world, it has been well established in the southern hemisphere for several years where it has been embraced by the industry and has grown to be hugely successful.

With that in mind, I am very much looking forward to calling on all my experience, in order to help develop the online business in the years ahead.

Growing up in Blackwater, Co Clare, horses and ponies were part of everyday life. My father, the late Dermot Sheridan, was a well-known vet, who also trained point-to-pointers, as well as a few horses for the track.

My family are great friends with the McNamara family in Croom. The late Andrew was my godfather and my father’s oldest friend as the pair attended primary school, secondary school and veterinary college together at UCD.

Most weekends were spent at point-to-points or at the races and I have lots of fond memories from racing at the old Greenmount track in Limerick, Limerick Junction and the local point-to-points.

Having learned to ride as kids, both my late brother Dermot Patrick and I were hunting with the North Tipperary Foxhounds from the age of 11 or 12. Sadly, my father passed away in 2001 but by then he had firmly instilled the love for horses in us both.

My mother, Carmel, is also well-known in equestrian circles and has been involved with the Dublin Horse Show as a steward for over 35 years.

In my final year at secondary school, hunting took a backseat. My pony got sick and studying also took up most of my time. At one point in my teens, I thought about following my father into veterinary medicine but later decided to pursue a career in law.

I gained a place in UL, where I graduated with a degree in Law and Spanish and decided to do the New York Bar Exam, which I subsequently passed.

Initially, my intention was to practice in Spain. However, by that stage, the financial crash was in full force, making Spain a less viable option.

Throughout my college years and after graduating, I rode out for Ciaran O’Brien at home in Clare. Weekends were spent leading up at point-to-points and I was riding out six mornings a week.

My mother thought I might never put my qualifications to use and after some encouragement, I decided she was right and I moved to New York.

Around the same time I left for New York, Ciaran moved to Britain and went on to spend eight years with Alan King and is now based with A.P. McCoy in Lambourn. He has been a great support since moving back this side of the world.

During my time in New York, my Irish connections led me to a lady named Helen Dalton, who had her own law firm. A Kilkenny native, Helen had a brother who was a jockey, so my interest and experience in horses almost certainly worked in my favour. I worked for Helen until August 2012, when my visa expired and I returned to Ireland.

After I returned from the US, I still couldn’t shake the travel bug, so I decided that I would visit Australia. My intention was to do nine months but I ended up staying nine years.

Within a month of arriving, I secured a job at Magic Millions for their January sales, after Tim Brown, who coincidentally knew my late father, called me up about the role and asked if I would be interested. Tim, who had ridden for Edward O’Grady, was also friendly with both Andrew McNamara and P.P. Hogan, so we had a lot of people in common.

While working at the sales one day, Vin Cox, who ran the sales company at the time, ended up giving me an impromptu job interview. We were just casually chatting one morning and he asked if I had ever lost an argument - I replied “No” and he told me that there was a job there that might suit. We still laugh about that “interview”, or rather lack of, to the present day!

Given my legal and racing background, Vin felt that I would be well suited to a role in credit control which involved travelling to various sales, arranging credit for new and existing buyers and managing the debt collection.

Although based on the Gold Coast, I had the opportunity to travel throughout the country, combining my experience with my passion for people and racing and enjoyed this role very much.

For that reason, it certainly took many people by surprise, when I went to work for Newhaven Park Stud in 2017.

In a new, all-encompassing role, I became Manager of Operations, Client Relations and Marketing for the privately owned stud near the small town of Boorowa.

The Kelly family, who have owned and operated the farm for four generations, are wonderful people to work for and during my time there, I formed a great relationship with them.

Boorowa was a long way from the bright lights of the Gold Coast but I never for one moment regretted my decision. As well as horses, the 10,000 acre farm in New South Wales also ran a large sheep flock and it was an amazing place to live. This new role also involved plenty of travelling.

We sold around 100 yearlings per year so much of the year was spent at the sales. A lot of time was also spent at the races, particularly at Randwick where we had a box for entertaining clients. We enjoyed many great days of racing.

We also sponsored a series entitled the Country Championships. The joint initiative with Racing NSW and the Australian Turf Club involved a number of races at the smaller country tracks over a six-week period, with winners qualifying for the final at the metropolitan track.

It was a fantastic initiative to be a part of and I really enjoyed attending the country race meetings as they reminded me of racing at home.

It was always my intention to return to Ireland eventually, or at least closer to home. The pandemic delayed that but, last December, I finally made it home and soon set about finding a job.

The newly-created role at Tattersalls presented itself and in truth, it was too good an opportunity to turn down.

The onset of Covid saw the introduction of online sales in Ireland and Britain in the last two years but Australia has been ahead of its time in that regard.

Given my previous experience working for both the Magic Million and Newhaven Park Stud, I feel that I have valuable knowledge to bring to the table.

Online thoroughbred sales is an avenue that has yet to be fully explored here, but they have the potential to be a big part of the industry going forward.

The online sales are a cost-effective alternative and present more opportunities to trade that simply have never been available until now.

In a few short months, the business has already seen significant growth and I look forward to playing my part in developing it further.

Katherine Sheridan was in conversation with John O’Riordan