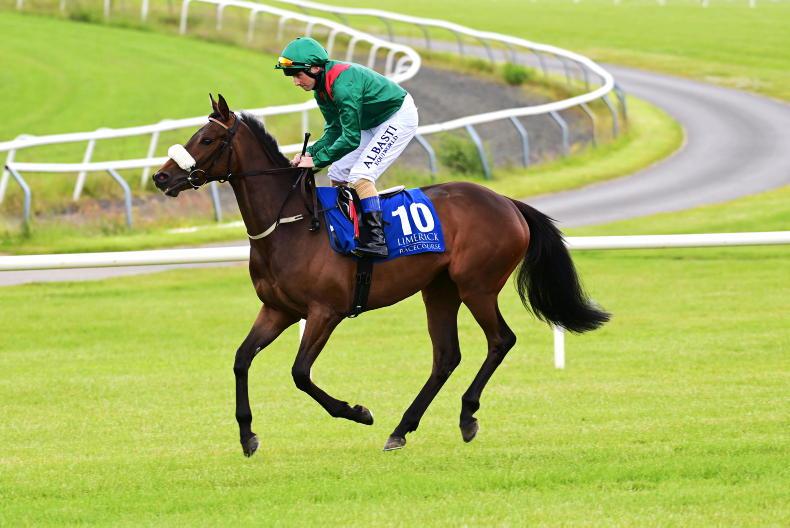 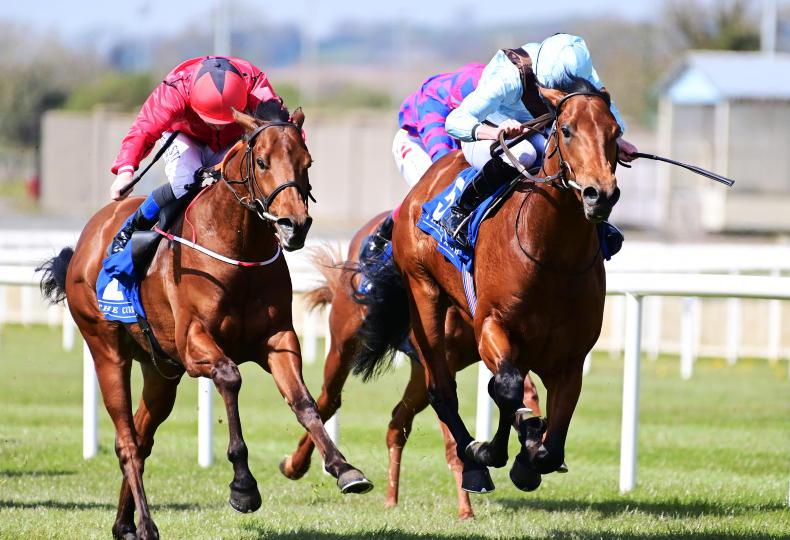 Glounthaune (right) can be placed to advantage in a decent race before the end of the season \ Healy Racing.
Previous Next

She won a Limerick maiden in good style in mid-June and performed respectably on her first outing since then when finishing fifth to Zarinsk in a listed race last Saturday.

As a daughter of Harzand, there will surely be much more to come from her as time goes on and she will be of considerable interest if turning out again this season.

This Kodiac colt won a Group 3 last season and bounced back to the considerable promise of his juvenile campaign to finish second to Jadoomi in the Group 2 Boomerang Mile.

He can be placed to advantage in a decent race before the end of the season.

This colt has previously shown decent form with an ease in the ground and he didn’t run at all badly in Sunday’s Bold Lad where he was beaten less than three lengths into seventh.

He would have been closer with a smoother run and he could be the type to pick up a decent handicap at some point in the autumn.

He was handed his debut in the Tattersalls Ireland Super Auction Sale Stakes and ran with credit against more experienced rivals to be beaten just over three lengths into fifth.

This initial effort would bode well for his prospects of making his mark in a maiden in the coming weeks.

She won a heavy ground maiden in Tipperary earlier in the season and showed that further success can come her way this year when finishing third to Miramis in a reasonable fillies’ handicap on Tuesday.

Her capacity to handle testing ground will stand her in good stead throughout the autumn. 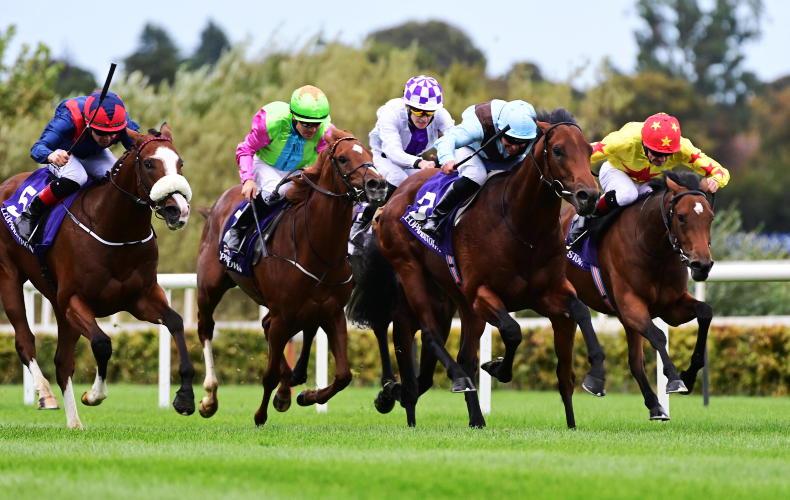 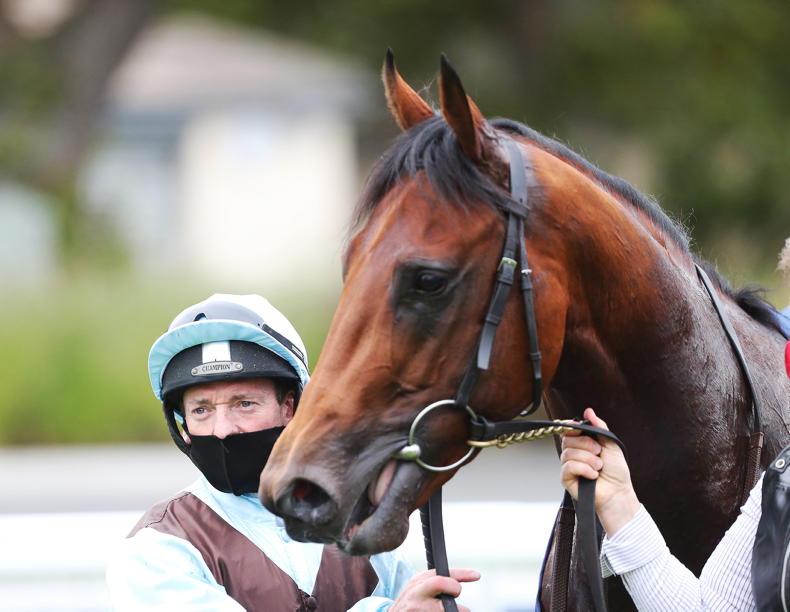 ANDY BATE: Fortune favours Glounthaune
There is little doubt Boundless Ocean would have prevailed given a clear passage 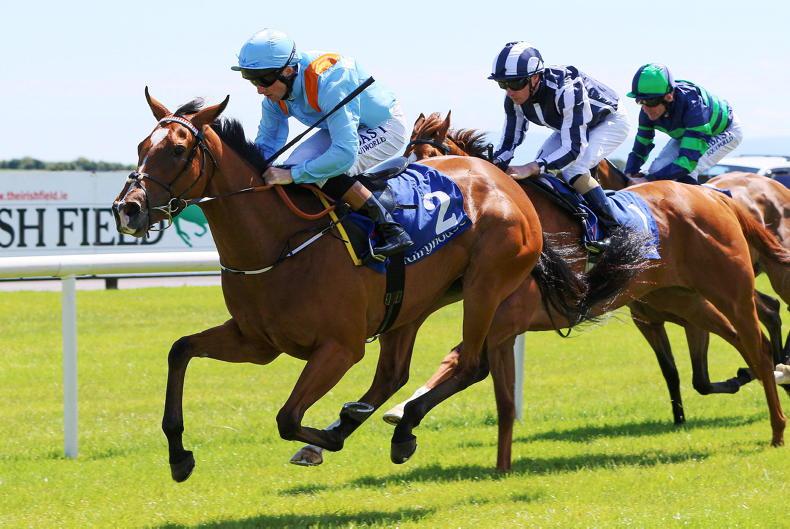 Ryan McElligott
FIVE TO FOLLOW: Horses to note from this week's racing
Ryan McElligott selects five horses to watch out for on their next runs 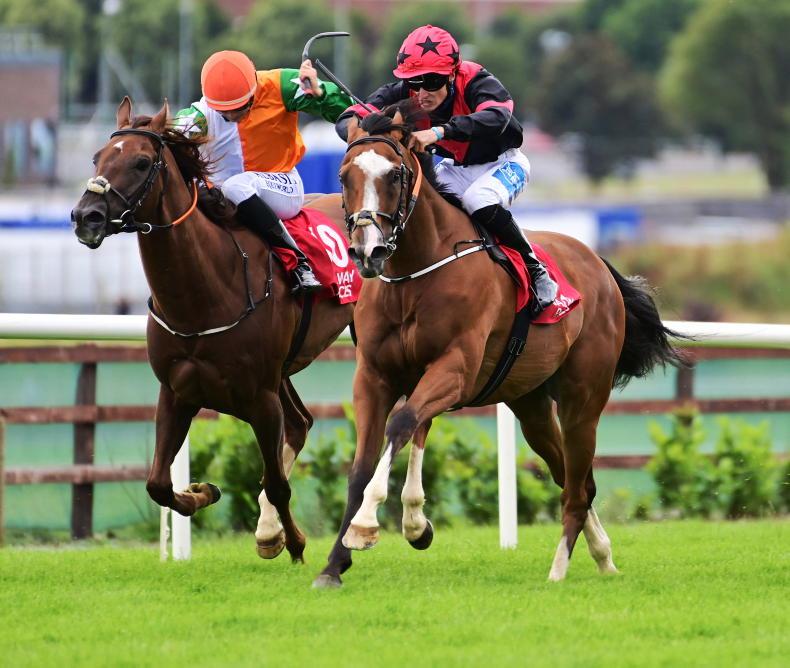 Ryan McElligott
FIVE TO FOLLOW: Horses to follow from Galway
Ryan McElligott picks out five to note from the Galway action this week