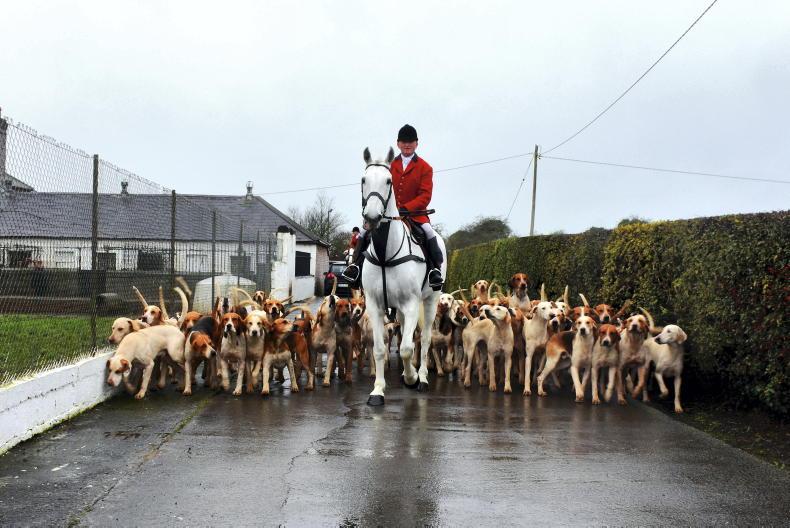 Huntsman Kenny Henry, who hunts the doghound pack of the Meath Hunt, with 35 ½ couple, ready for their meet from the Kennels \ Noel Mullins 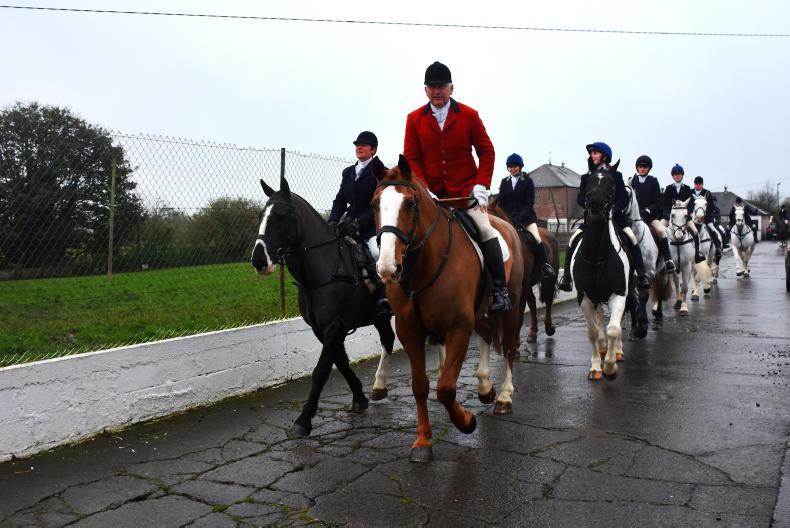 THE Meath Hunt kennels is steeped in hunting history where the late Johnny Henry served the hunt for over 50 years. He passed on his vast experience of hunting, kennel management, hound breeding, showing, and selecting the best hunt staff horses to his sons and joint huntsmen John, who hunts the bitch pack, and Kenny, who hunts the doghound pack.

They also alternate as field-masters on the days when they are not hunting hounds. Their late mother Kathleen, who passed away recently, will be a huge loss, and she deserves equal credit, as not alone did she rear a large family, but also two talented huntsmen.

From a young age, Kathleen would neatly assemble their seven sets of jodhpurs, jackets and boots with their ponies ready for hunting. All of her 14 grandchildren have hunted.

The Henrys are a strong closely knit Gaelic football family with John playing senior for Meath, and she would have their jerseys and togs ready in the same way. Although she never refereed a football match, Kathleen went one better by frequently refereeing the après match heated discussions around the kitchen table. With contentious opinions on who did not pass a ball at the crucial time, or missed a score, Kathleen caught their attention better than any referee and had no need for a whistle getting their immediate attention by having that calming effect time and time again.

It was Kenny’s turn to hunt his doghounds, and I have seldom seen a huntsman with such a wide smile when he told me he would be hunting 35½ couple (71 hounds). You never see such a large pack of hounds hunting, but as we found later, he needed every one of them to dislodge a customer at the back of the kennels.

Barry Finnegan is the Meath professional whipper-in, and he is a fine horseman and a natural with hounds. He is assisted by honorary whippers-in farrier Brian Black and dairy farmer Johnny Clarke.

The Kenny family had laid on refreshments for followers. Joint-master Pat Dillon was mounted, as was joint-master Norman Williamson and his wife Janet who is honorary secretary. Their daughter Carla, who has been hunting ponies up to this, was having her first hunt on a new horse sourced from Michael Hussey who works in Ballydoyle.

Katie Coyle has also graduated to horses, hunting her traditional hunter Paddy, a type that is difficult to find today. She is studying equine science in Kildalton College. Huntsman Kenny’s nieces and nephew Kate (13), Molly (11), and Sean (9), all good riders, were well-mounted. Jill Revill, the Meaths’ subscription secretary, was riding her black cob named Guinness that she bought from Eva Filgate.

Ground followers were Rita Dunne of Kells Equestrian Centre, who hunted for many years with the Meath, and follows hounds now in a four-wheel drive Gater. Connemara pony judge Clare Oakes was following, while Billy Blyth was at a football match. Also out were Tony and Jane O’Reilly and their children Rachel, Fiona and Michael, as was Lar Sheeran, joint-master of the Tara Harriers. Evan Henry, an engineering student, was on foot as he was hunting with the Ward Union the previous day. Marc O’Regan and his wife Anne had three grandchildren hunting – Emily, Maisie and David – and their son Niall.

Hunt staff moved off on the hour and followers know that they have to be there on time, which maintains the high standards of the hunt. Kenny and his pack of 35½ couple made an impressive sight as his brother John led the followers away from the meet.

Tony Coyle was on the quad with Kevin Scally and Jack Henry, but they were later joined by nine-year-old Sean Casserly who was flying up to mid-afternoon on his pony, but then decided to exchange him for the quad!

The covert across the road from the kennels was blank, but the pond, reeds and thick brambles at the back of the kennels had hounds on song, but it was hard work dislodging this customer. Hounds persevered and we were treated to some wonderful hound music from all 35½ couple. This mature fox, who was dark brown in colour, timed it well as, while the pack was busy getting through the thick covert, he slipped out the side and crossed near the hunt fence giving the foot followers a nice photo opportunity!

There was good jumping from Norman Williamson, a style that won him a rare double Cheltenham Gold Cup and Champion Hurdle in the same year. Following closely were his wife Janet, and Carla, then Nicola Coyle, Jill Revill, and Sean, Kate and Molly Casserly. He ran on through Pat English’s and Mark Cassidy’s extensive dairy farm crossing the out farm, Foley’s Boarding Kennels, Lynch’s, Harford’s, Brian Costello’s, across former jockey Roger Loughran’s farm and marked to ground in Mrs McLoughlin’s farm for a cracking run.

The next draw was The Pheasant Pens in Noel and daughter Jill Finnegan’s farm who specialise in consigning foals to the sales.

Here they disturbed no less than two brace of foxes obviously preying on game birds. Although they split, the pack remained steady and eventually marked one in Heary’s. Hounds quickly found again in the Willow Covert in Smith’s, which is about 20 acres, and hunted really well in this thick cover dislodging him for another good run marking him well in Vinnie Tully’s.

The last draw was in the well maintained coverts in Justin Reilly’s who was hunting on a home-bred mare. Hounds found, but Dolan’s old pasture, massive banks and drains caused havoc with empty saddles everywhere. The Meaths use the farm for schooling any new hunt staff horses, as if they cross these banks and drains they will handle any country.

As light was fading, the huntsman sensibly blew for home after a great day, but many followers were still on foot trying to catch up with their hunters!

Mr Nicholson kept a pack at Balrath in 1723 but in 1813, Mr Pollock of Mountainstown and Mr Gerrard of Gibbstown, merged the two packs with the kennels at Clongill Castle. They were known as the Clongill Hounds and later in 1817, they became the Meath Hunt. 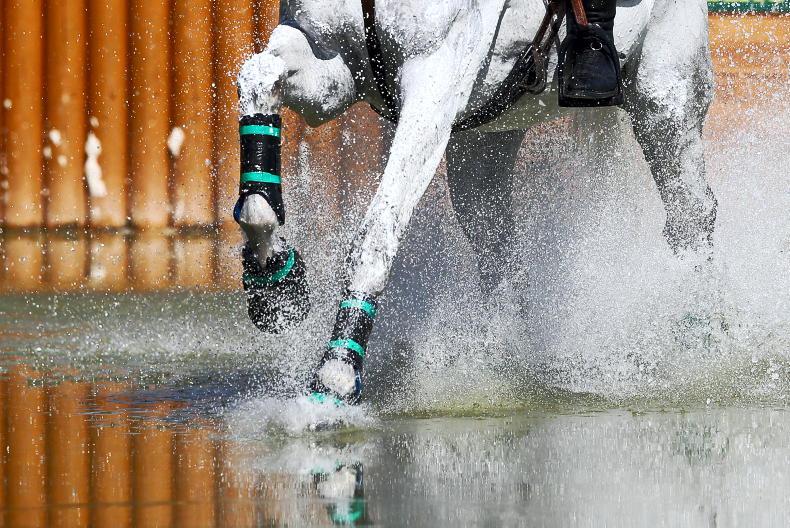 EVENTING: Williamson and Cassells prove up to the challenge
Ian Cassells and Carla Williamson were the winners of the Pro-Am Challenge hosted by the South Leinster Region at the National Championships in Lisgarvan

AROUND THE COUNTRY: Mini ponies out in force at IPS Spring Show
There was over 60 classes at the Irish Pony Society Spring Show which saw plenty of pony riders put their best foot forward in a bid for the ribbons, writes Yvonne Byrne