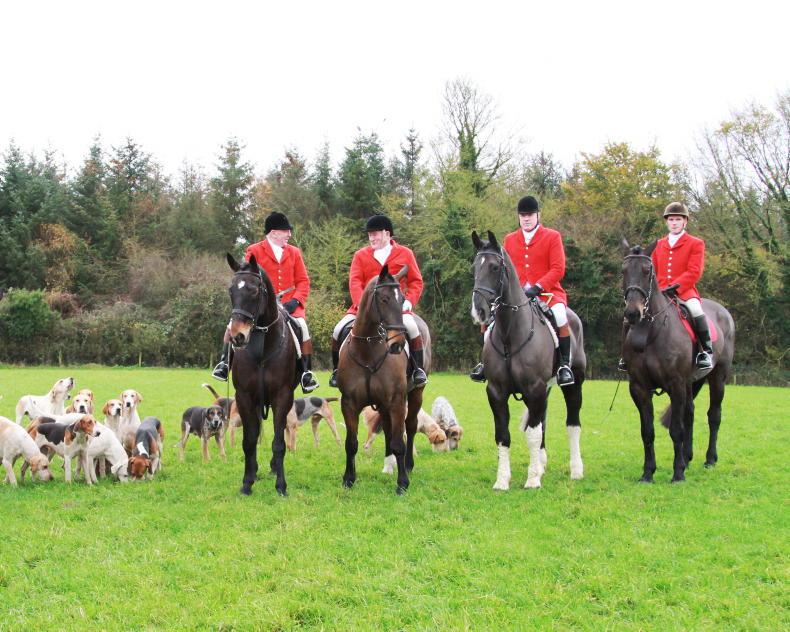 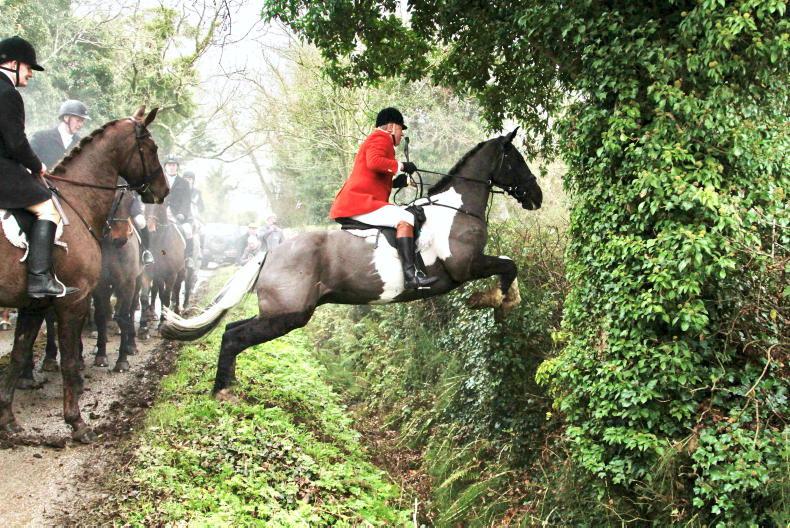 Joint-master of the Ward Union, Stephen O’Connor MFH, with steam rising, takes on the ditch on his lovely coloured horse \ Catherine Power
Previous Next

IT was going to be a gala day. Not only were the usual line up of crack Ward Union jockeys going to be out, but Shane Breen had put together a team of world class show jumpers who were coming to see what the mystique and magic of hunting in Ireland in general, but the Ward Union in particular, was all about.

Flushed with success from their recent win in the Nations Cup at Vilamoura were the Breen brothers Shane and Trevor with fellow team member and keen foxhunter Anthony Condon from Wexford. The only missing member from Michael Blake’s all-conquering team, which beat Italy and Switzerland into second and third place, was Kilkenny’s Jack Ryan. It was a stellar line-up with David Simpson, Brian ‘Cas’ Cassidy and Michael Duffy thrown in for good measure.

It was a real Breen family outing with Shane, Trevor, sister Rowena, who hunts with the Meath and Louth, out along with their father John filling the role of non-riding captain. In addition to Shane’s stellar career in the show ring, he is also joint-master of Scarteen. Perhaps it was that connection that had two Scarteen veterans, the inimitable John Gleeson and his wingman Billy Halligan, who had boxed up from Limerick for the occasion.

Having bivouacked at The Snailbox and Paul Carberry’s overnight, the lads had gathered an international group, led by no less than Sweden’s Peder Fredricson, current FEI Longines World number one show jumping rider and as if all that wasn’t enough, the legend that is Britain’s Michael Whitaker was acting as anchorman.

Peder, in his show jumping career, has accumulated more medals than the whole Limerick hurling team put together. He has to his credit, an Olympic team gold from Tokyo this summer and three Olympic silver medals - Athens 2004 (team) as well as two individual silvers from Rio 2016 and Tokyo 2020.

Riding a horse of Shane’s, it was Peder’s first venture into jumping natural fences in the hunting field. Thrown in for good measure was a group of Swedish amateur show jumpers who had tagged along to see what it was all about.

On our way from Limerick, the meet was changed at least twice and started in Bartown industrial estate just down the road from that very sporting establishment, The Hatchet Inn. Boxes were already on hand and with neither bar nor shop, there were a few hurried pit-stops at welcoming car boots. The estate is owned by hunt supporters Jimmy and Fiona Collins who made it available at short notice. Fiona is a regular with the Wards and she was out on the day.

Time for socialising was all too short but we did manage to catch up with Robbie Power and his dad Con (the gallant Captain). Robbie was on crutches recovering from a fall that would probably have left a normal person in a wheelchair. Made of sterner stuff, he hopes to be back in the saddle in a couple of weeks.

Recently married couple, John and Sarah Bannon were out ready for the challenge of a day with the Ward’s. We were lucky to have a quick word with hunt chairman Ronan Griffin just before he got legged up.

Even at a distance, it was obvious that huntsman Pat Coyle, now in his 42nd season, was raring to go but did relent under pressure to line up for a couple of photos. However, his horse, which he later described as ‘an absolute machine’ and which had been brought on for him by amateur whipper-in Charlie Green, made a couple of determined efforts to buck him off.

For all that, sufficient peace was restored, if only briefly, to have pics taken before Pat and his whippers-in for the day, Darren Campbell and the amateurs Peter Reynolds and Paul Carberry, set off at a pace that would not have been found wanting at a trotting match with the field struggling to stay on terms before turning off at the Hatchett and going on to draw Bill Brennan’s farm.

There were two joint-masters out, Gerry Reynolds and Stephen O’Connor, on a very smart coloured that can really do the business. Stephen who, when not hunting, is chairman of the very successful The Underwriting Exchange has drawn the short straw and is heading up the small expert group that are negotiating a new insurance deal for hunting, point-to-pointing and equestrian sport in general. We can but wish him a following wind and fair weather.

Due to the number of visiting showjumpers, there had been a certain amount of musical chairs with horses. Kiva Cromwell (wife of the all-conquering Gavin) was riding Rachel Carberry’s hunter Mossey, which of late has been taken over by Paul and Rachel’s cracking young jockey Kacey-Lou, aged 12. However, help was at hand as Stephen O’Connor had sportingly made one of his family’s coloured cobs available and what a cracker he turned out to be, and was of course ridden accordingly.

With half the field still on the road, hounds spoke and if you needed a friend, you had better bring one with you. Michael Whitaker was one of the first to go beagling as they jumped out of Barry Geraghty’s farm into Noel Burke’s dairy farm, but then the banks and trenches of Meath are no respecter of persons and knew nothing of him winning the Hickstead Derby at the age of 20.

It was fast and furious with no road for miles as they crossed Tom Bailey’s extensive sheep farm before running for Batterstown Power station. Here there was a brief and badly needed check before hounds swung left-handed back through Tom Toole’s farm, renowned for the challenge of the jumping therein.

However, the end was getting near as hounds lost the scent in Tomas Sheridan’s farm back near the Hatchett. All the while, far from familiar country, we were placed under the expert guidance of Patricia O’Donoghue who was well represented in the field by no less than three family members.

Her son, National Hunt jockey Keith, who was on a very smart grey, rode the great Tiger Roll to victory in the Cheltenham Cross-Country Chase three times. His sister Jemma and young brother Ross were also out.

Our second guide was former hunt chairman Oliver Russell, a man of un-certain years, who, as a slight nod to age, now rides with the Wards only on Fridays. However he was well represented on Tuesday by his son Brian on the foot-perfect Max. Brian, as well as being involved in IT, runs Kilbrew Gallops.

The day was almost over but not quite. Peder admitted to two falls but said he hugely enjoyed himself. Michael Whitaker was a little more reserved but had a broad smile from ear to ear. As hounds and the field returned to the filling station opposite the ever-more welcoming Hatchet Inn, Shane threw his eye on the horse which had been ridden by Michael Whitaker.

Having changed horses, Shane cantered briskly round the filling station a couple of times, changed leg at least once and obviously liking the feel of him, went back out on the road and popped in over the wall.

As he was going out for an encore, young Kacey-Lou – every inch of her a Carberry – joined in and they jumped back in upsides. A clear round and no time penalties.

In 1830 two packs, The Dubber and the Hollywood, amalgamated to form The Ward Union and, kept by Peter Alley, hunted both fallow and red deer. 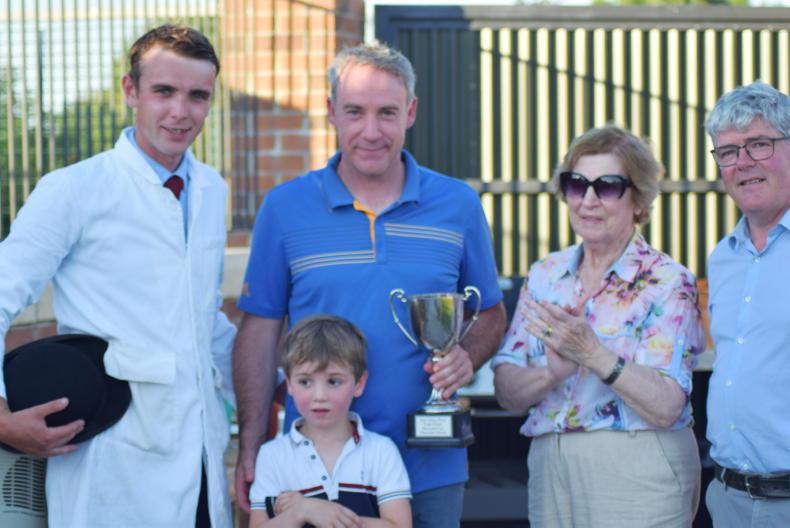 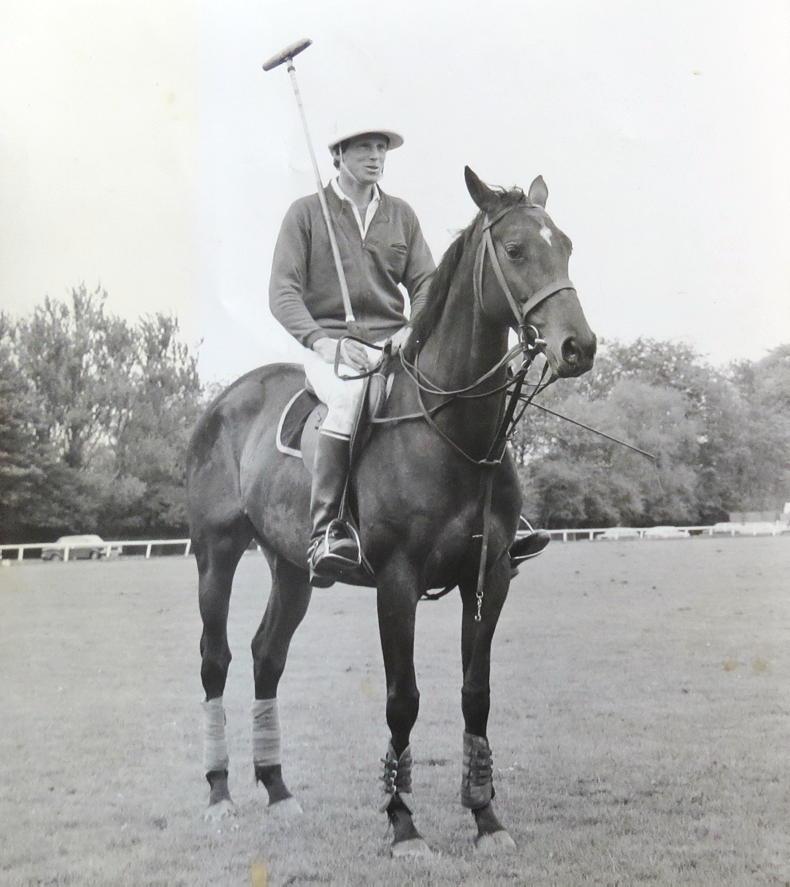 Irish Field Contributor
APPRECIATION: Peter Newell - a man steeped in hunting, polo and racing
The late Peter Newell's life always revolved around horses and he had a particular love of hunting 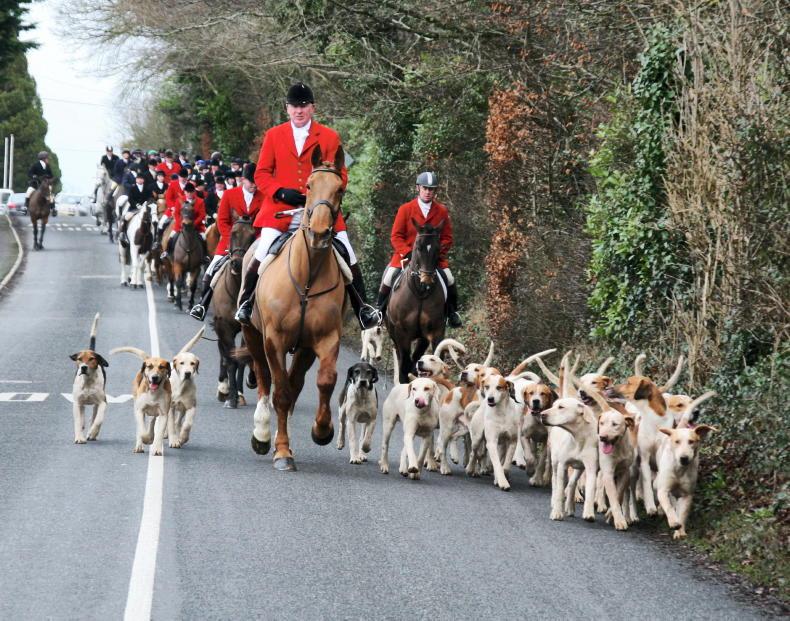 Dickie Power
FEATURE: Pat Coyle - 'Hunting has given me the best days of my life'
Many tributes were paid to Pat Coyle of the Ward Union who recently retired as huntsman after over 42 seasons with the premier pack 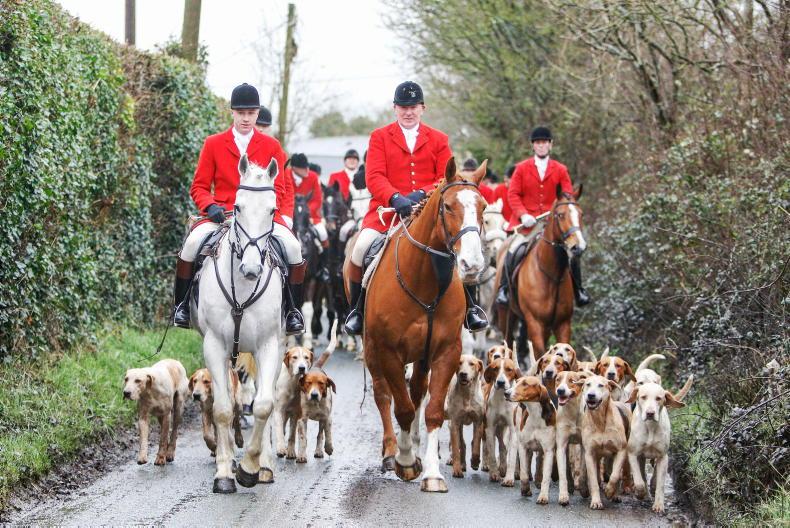 Irish Field Contributor
NEWS: End of an era as Pat Coyle steps down
Legendary huntsman Pat Coyle of the Ward Union Staghounds has retired from hunting hounds after over four decades of service, writes Siobhan English