Helen Sharp takes a trip to Co Tyrone and discovers there’s more to a bag of feed than oats and barley. 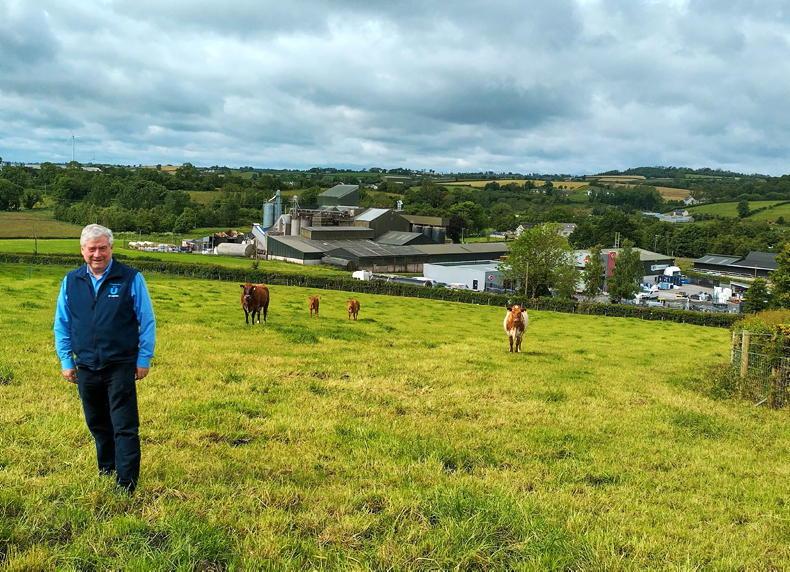 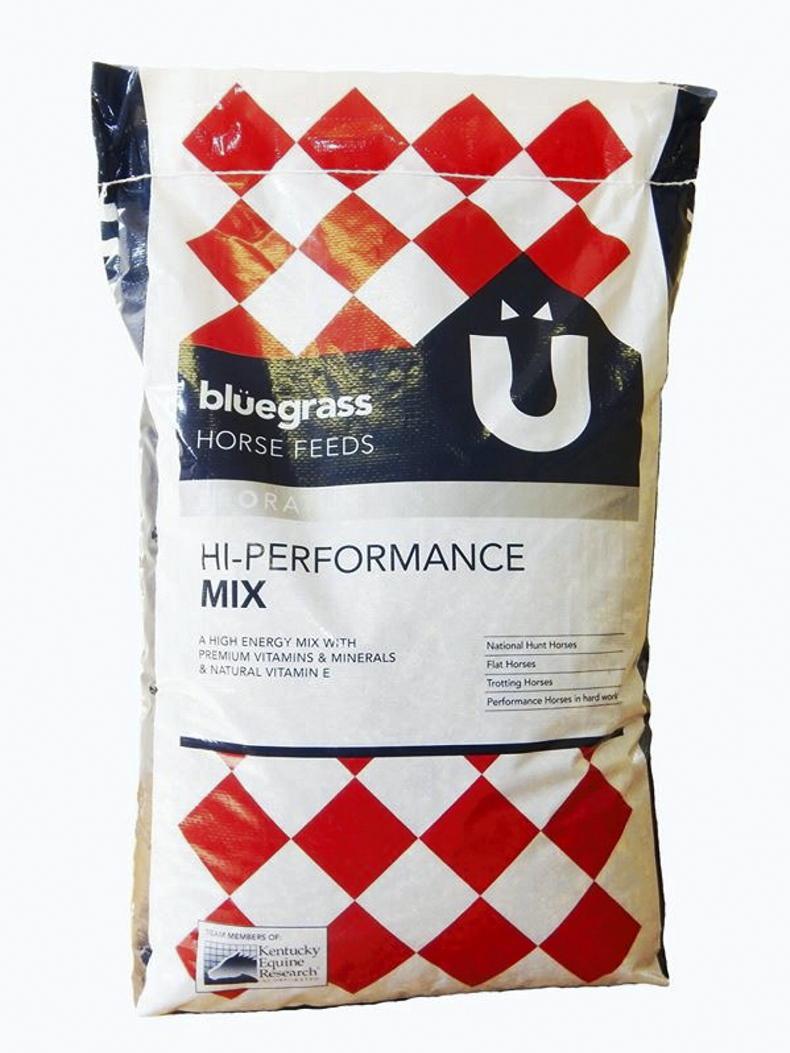 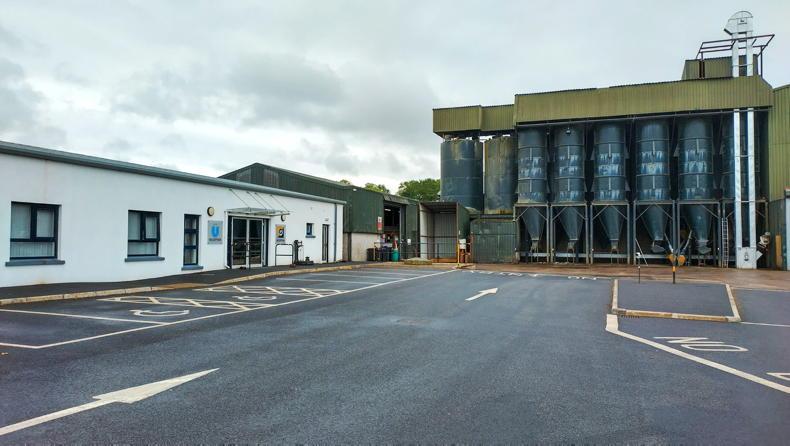 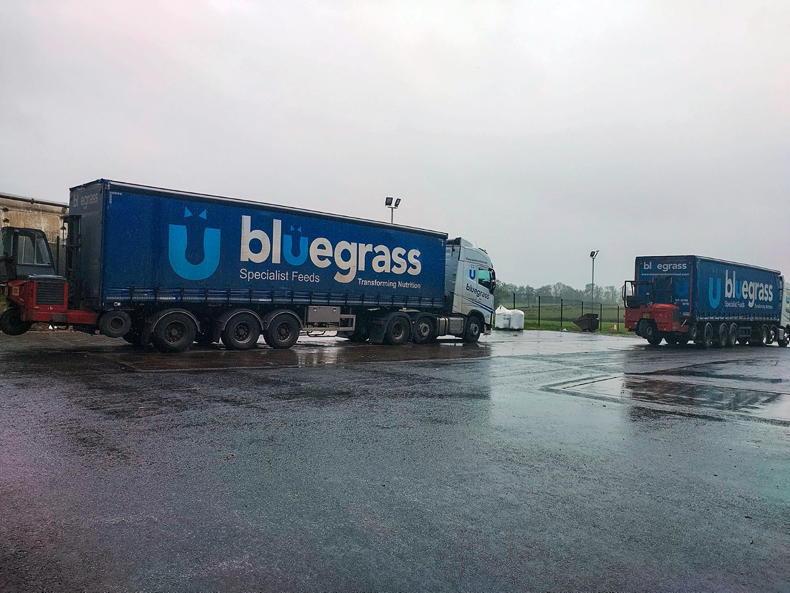 AS I pull into Stilloga Mills, County Tyrone, home of Bluegrass Horse Feeds, there’s a reassuring smell of warming grain in the air. The mill sits neatly amongst healthy grazing fields where the Irwin family first settled in pre-famine times. The mill has been the Irwin family business since 1847 and managing director Kenneth Irwin’s great-great-grandfather originally dried and milled Irish oats as an affordable and sustainable food source for people following the potato famine.

“After two world wars farming was changed for good,” explains Kenneth. “We switched our attention from solely processing human food to processing barley and other feed for animals. The mill got bigger and where it was once powered by river water, engine power subsequently took over and fulfilled the need for bigger farms and higher feed demand in the 1970s and 80s.”

Kenneth worked in farming until the end of the 1990s when he joined the family business. At that point agriculture became the antithesis of what it had been and rather than feeding after famine and war, surplus was the issue and farmers were paid not to grow food.

A scientific approach to nutrition has always been at the heart of things for Kenneth. When he took over at the mill, horse feed was already produced, but in a simple form of horse and pony mixes. In 2000 he made the decision to “do horse feed better” and with the rise of equestrian sport across Ireland, decided to address equine nutrition and performance horses in particular.

Kenneth is a hands-on horseman and in his down time he breeds and shows heavyweight Clydesdales. He knows what horses need to thrive. It was in his hunt for optimum nutrition for all types of horses that Kenneth combined forces with the world’s leading research centre in equine nutrition, Kentucky Equine Research (KER).

“We are Ireland’s exclusive KER team member. KER is based in the heart of thoroughbred country in America and carries out extensive research into equine nutrition,” says Kenneth. “Their focus is to improve the health, performance and well-being in horses of all disciplines and their cutting edge research underpins our entire Bluegrass range.”

Most of us don’t give the origin of our feed a second thought as we scoop out the daily rations two or three times a day for our eager horses, but every element in those bags has an origin, a story and a journey. The name Bluegrass itself is inspired by the Kentucky region that looks down from the Appalachian Mountains and is said to have a blue tinge.

The Bluegrass lorries are continuously on the road, collecting 1,000 ton consignments of grain from the docks and bringing them back to Tyrone for milling. From Race Cubes to Donkey Cubes the range of ingredients are all specially selected as Kenneth points out: “We source good quality raw materials as the base for all of our feed. Much of it comes in via ship to the deep water ports such as Warren Point and Drogheda. We utilise mainly Irish oats but our maize comes in from Ukraine, France, Brazil, Canada and Argentina.”

Kenneth casts a slightly brighter light than many when it comes to discussing the war in Ukraine and its effect on feed prices: “The industry survived two world wars. The harvest will come, there’ll be a down for now, but it all has to move. It’s much tougher for countries such as Africa who can’t afford the higher prices.”

As well as maize, the comprehensive range of feeds processed at the mill include wheat which is bought as fresh as possible, barley which comes from Ireland and France, and also soya bean meal. “Soya meal is high in protein and made from soya beans once the oil has been removed for human consumption. We use vegetable oil to enable the pellet ingredients to stick together.”

“It’s like baking a cake,” says Kenneth. “The elements are ground together in a consistent process which balances the nutrients per bite. The ingredients are then mixed with steam and molasses and go through two pellet presses.” The final nuts are cooled and packed and distributed to 200 outlets across Ireland.

Endorsed by trainers such as Henry de Bromhead, Ciaran Murphy, Rebecca Menzies and Gordon Elliott, Bluegrass was fed to some of our best Irish horses this year including Delta Work, Bob Olinger and Commander Of Fleet. Bluegrass powered 23 placings and six winners including winning three out of the four featured races at the Cheltenham Festival.

Alongside the product range, the team also offers a free nutritional advice service on their website open to all horse owners and trainers. You simply fill out the diet request form online and they send you back a bespoke dietary plan for your horse across any discipline.

The Bluegrass brand has fed horse heroes such as Honeysuckle and Tiger Roll and alongside the 30 products already in their equine range, Bluegrass has a new product brewing. Try as I might I couldn’t charm the details from the team, but there’s a twinkle of excitement in Kenneth’s eye and he has promised to let The Irish Field know as soon as it’s ready to be revealed.

I was lucky enough to get a chat with feed consultant and one of this year’s Corinthian Challengers Craig Kileff (featured in last week’s editio), who as well as being an accomplished rider, is also a very approachable expert in his field. I could have chatted mash, mixes and measurements with him all day. Craig offered up a useful reminder that it’s important to feed correctly not just for nutrition, but also to save money.

Bluegrass gives the practical example of feeding a balancer such as Stamm 30. Just 500g of Stamm 30 provides a 500kg horse with a balanced diet at a cost of only 53 cent per day, which is €14.84 per month per horse.

It seems that it pays to know your nutrition and Bluegrass make it their business to do so. 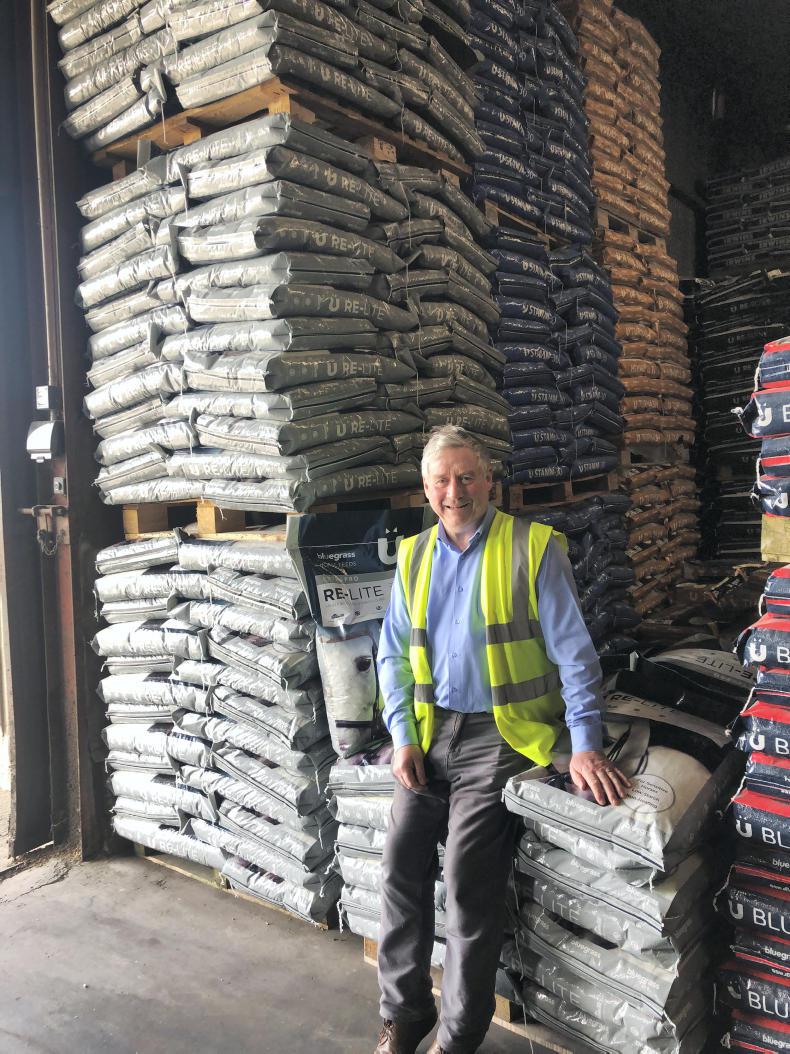 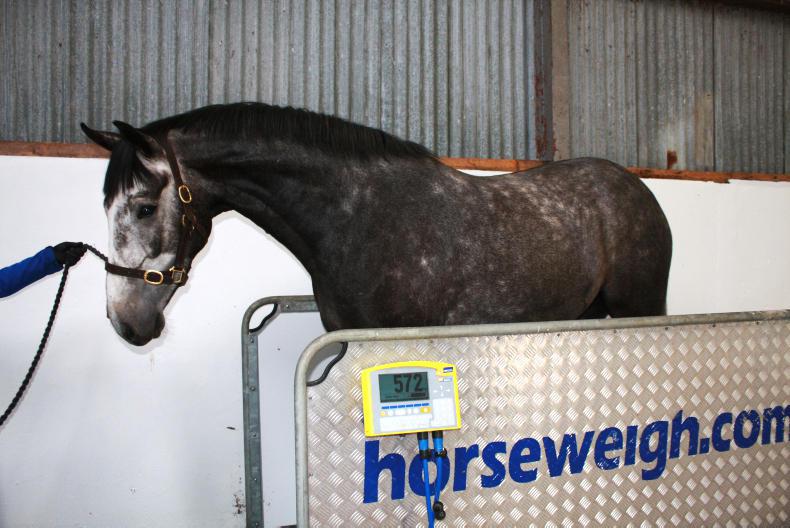 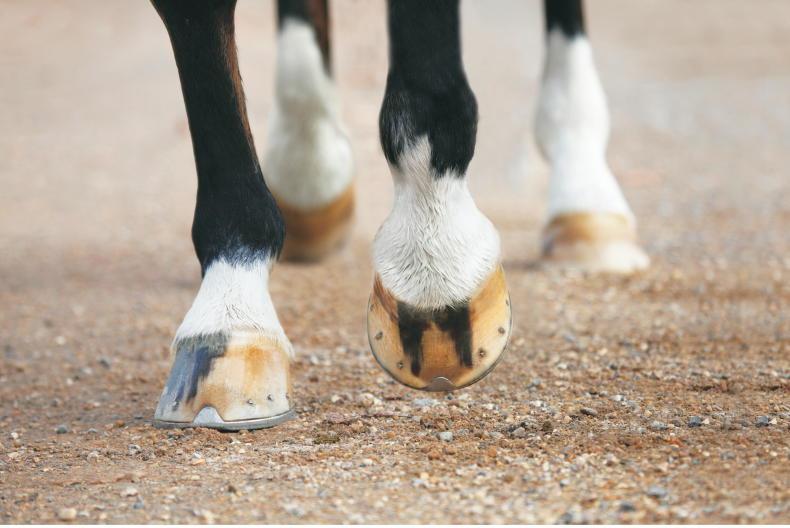 Helen Sharp
Does nutrition influence soundness?
What and when should you feed your horses for maximum hoof health? 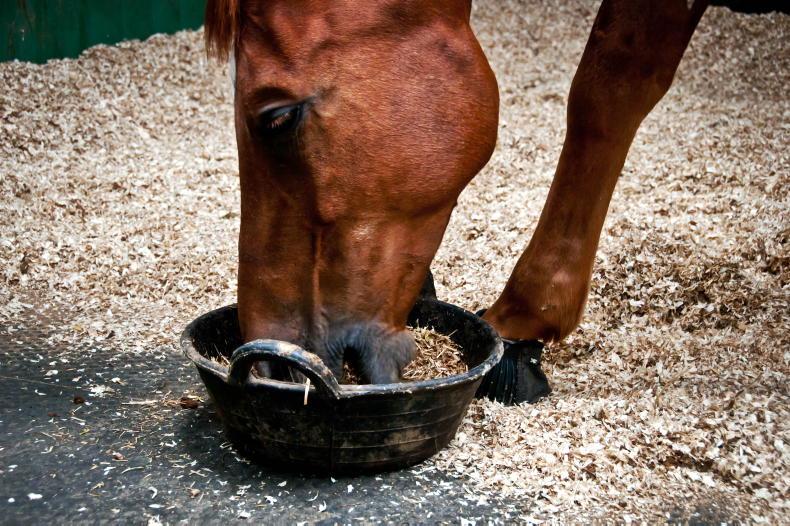 Mark Costello
NEWS: Warning over horse feed prices
The war in Ukraine is likely to lead to global shortages in the supply of key ingredients