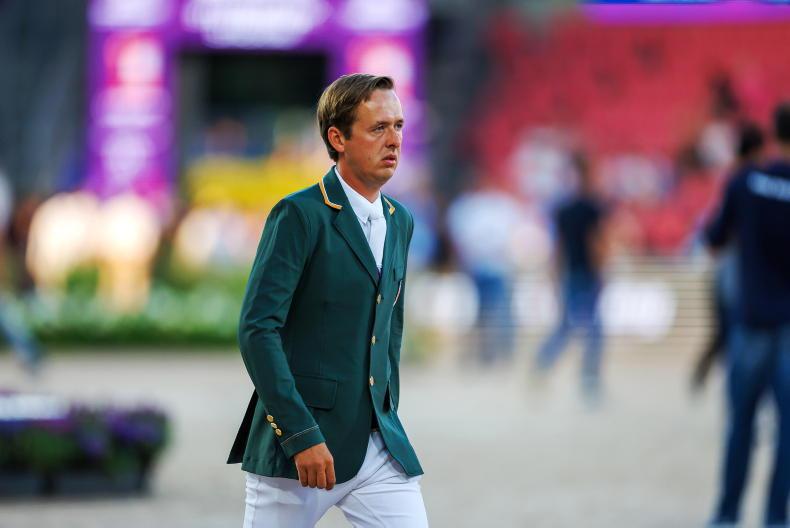 BERTRAM Allen won the two-star 1.45m Ashford Farm Grand Prix in Peelbergen, The Netherlands last Saturday night, among a host of Irish wins at the venue.

Some 57 riders started over the course designed by Gérard Lachat and Pieter Vitse. The first clear round took some time but, eventually, 17 managed to crack the code to the track. Just 16 of them returned for the jump-off and Allen was second into the arena to take his chance with the 10-year-old mare Emmylou, owned by Ballywalter Stables and Noel Delahunty.

The pair stopped the clock in 38.09 seconds to set the standard and, although Evelyne Putters came close, no one could catch that time and he earned the top prize of €6,375. Putters was second with Eye of the Tiger in 38.99, while Austria’s Felix Koller was next best of the 12 clears in 39.06 for third place.

Kilkenny’s Susan Fitzpatrick won Thursday’s 1.45m ranking class and Grand Prix qualifier aboard Sharon Fitzpatrick’s Keatingstown Skorphults Joker. From 60 starters, 18 were clear and 14 returned for the hard fought jump-off where Fitzpatrick’s time of 36.71 seconds was over a second faster than Belgian runer-up Evelyne Putters and Eye of the Tiger (0/0 38.93).

There was an Irish one-two in Friday’s one-star Grand Prix qualifier when Mark Finnerty headed Shane Dwan to take victory. In the 1.30m two-phase class, 19 of the 48 starters produced double clears and Finnerty was fastest of the lot in 23.37 seconds with Leo König’s Conte K. Dwan slotted into second place with Coupon 6, owned by Gestüt Sprehe Gmbh.

Dwan went one better in Sunday’s one-star 1.35m Grand Prix when the best of just three clear rounds with the 11-year-old gelding by Couple de Coeur 2. He beat Britain’s Alena Hughes into second place with Grannuschka (0/0 31.41).