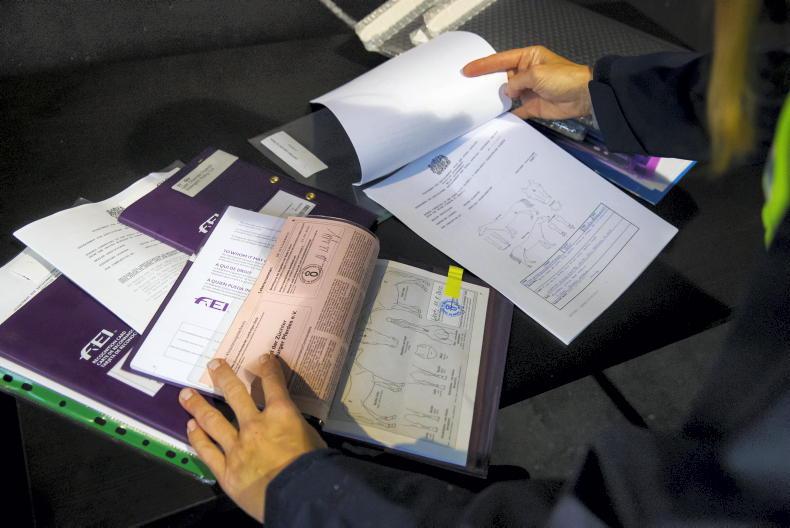 THE FEI has released their updated FEI rules and veterinary regulations for 2022.

From January 1st 2022, the FEI has rolled out Horse Health requirements globally. They are mainly derived from the Equine Herpes Virus-1 bylaw that applied in mainland Europe from May 31st to December 31st, 2021 following a serious outbreak of the virus earlier in the year.

The requirements have been put in place to protect FEI horses and global equestrian sports from the consequences of infectious diseases being transmitted before, during and after FEI events.

They also aim to provide reassurance of the high health of equestrian sport horses to global, continental and national veterinary authorities, as well as further improving the conditions for the international movement of sport horses.

In accordance with Art. 1029 and 1031 of the FEI 2022 Veterinary Regulations, as of January 1st, 2022, all horses competing at all FEI events must fulfil the Horse Health Requirements via the FEI HorseApp. Sanctions for non-compliance are already in force for Horses competing at FEI Events in Mainland Europe; these will be introduced worldwide in due course.

A significant change to competition rules in article 236 is that in a competition judged under Table A, every second over the time allowed is recorded as one penalty, instead of one penalty for every four seconds as it was previously.

Changes to hind boot rules include that the boots must be designed in such a way that both sides can be bent to fit around the horse’s leg without effort. For doubleshell boots specifically, the boots must be pre-moulded to the shape of a horse’s fetlock, i.e., the boot must be pre-moulded in a “U” shape, in such a way that the boot naturally wraps around the fetlock.

Doubleshell boots that require the fastener(s) to be attached to permit the boot to wrap around the fetlock are not permitted. The boot must have a maximum length of 20 centimetres at its longest point.

No additional elements may be added to or inserted in the boot itself. However, the use of vet wrap or similar lightweight bandaging material under hind boots is now permitted; when possible it should be applied in the presence of the steward.

A member of the stewarding team has the right at any time to require the vet wrap/bandaging material to be removed and re-applied in their presence.

For Grand Prix qualification at five-star level, if there is no qualification system in place at the event, a rider not ranked in the top 500 on the Longines World Ranking or already prequalified, must have jumped a 1.50m class with four faults or less, or a 1.55m, 1.60m Grand Prix, Nations Cup of World Cup class with eight faults or less, on the horse they want to compete with.