Irish chef d'equipe Michael Blake talks to Judith Faherty about Dublin, blooding young riders and his passion for the job 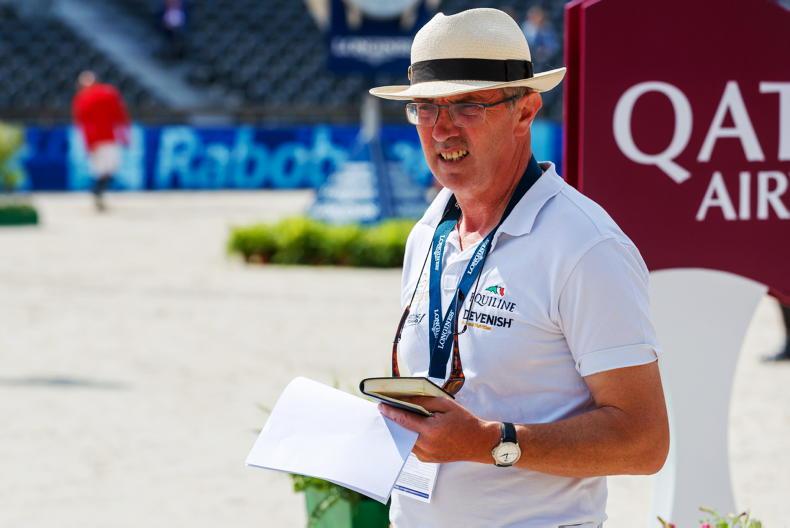 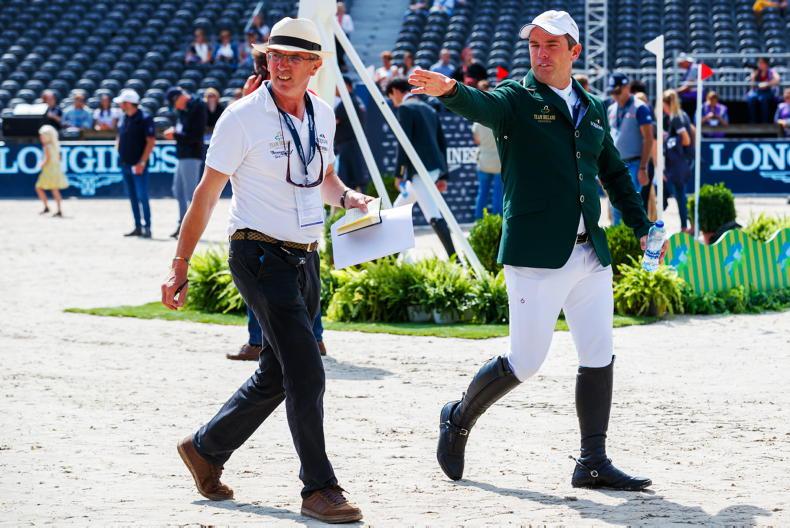 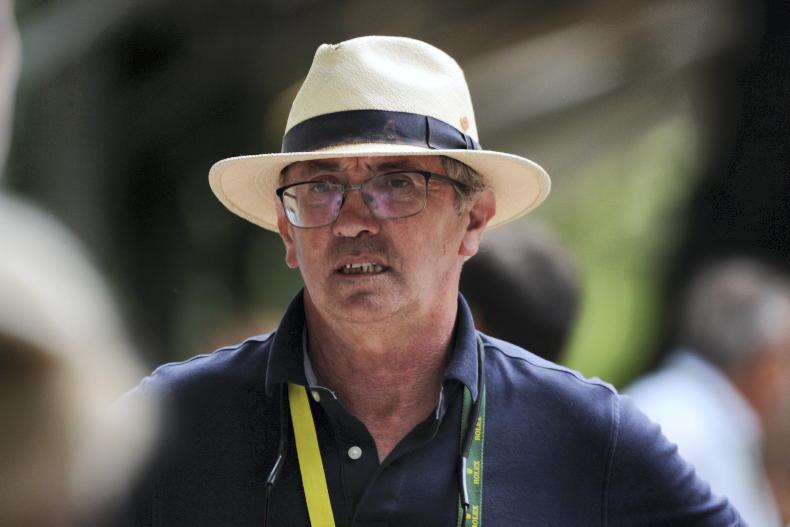 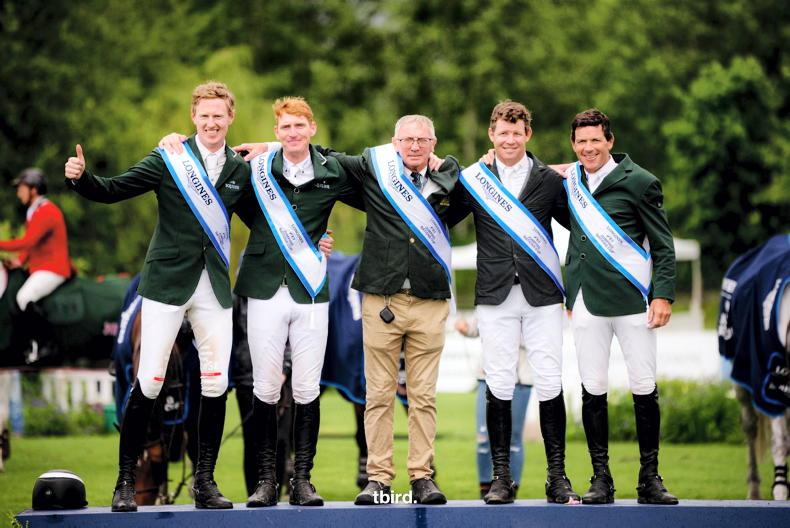 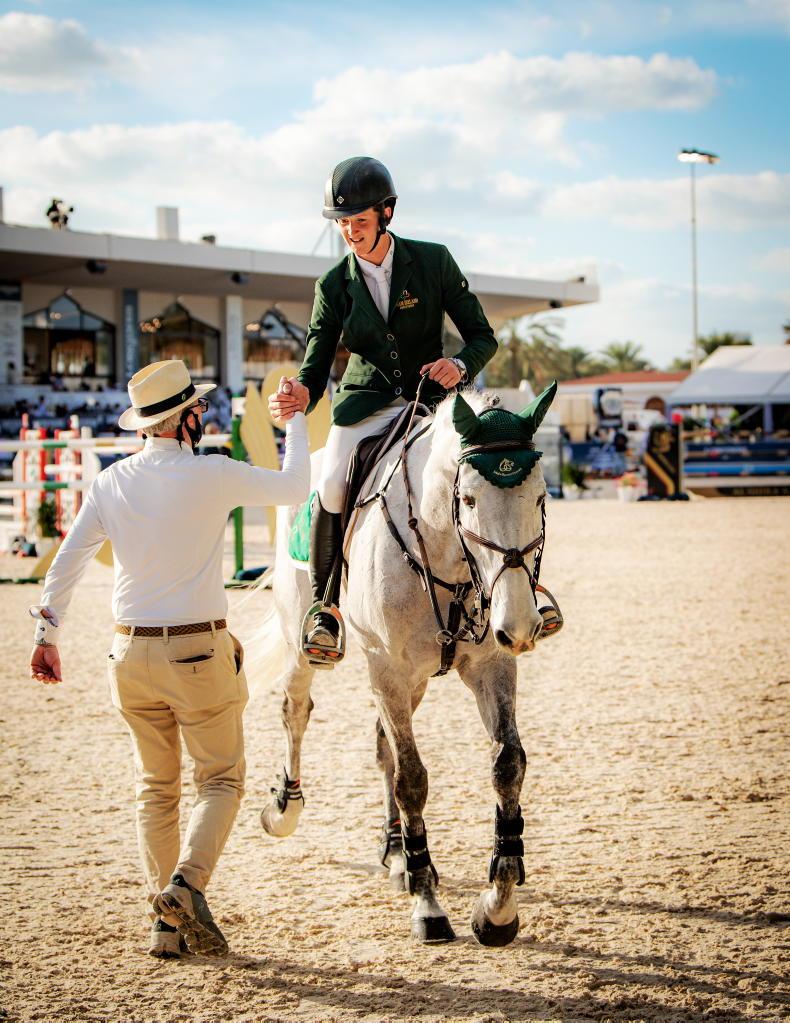 NEXT Friday Michael Blake finally gets to lead the Irish show jumping team into battle in the RDS Main Arena for the Aga Khan Nations Cup.

It’s a long time coming. He has been at the helm of this team, as High Performance director, since 2019 yet this is the first Aga Khan as chef d’equipe due to the Covid-enforced cancellations of the last two Dublin Horse Shows.

“We really want to win in Dublin, we have targeted this event,” Blake tells The Irish Field from Herning, Denmark where he is preparing his team for the first round of the FEI World Championships.

He has many fond memories at Dublin. “I was there in the womb! I am going there since I was a child, I rode there plenty of times, mostly in horses and only once in ponies as there was no 12.2s or 13.2s in my day, only 14.2 ponies.

“When you ride into that main ring, it almost blows you back! Of all the shows in the world, every Irish person wants to ride on the Aga Khan team.”

Anyone who knows or has spent time talking to Blake knows his passion for this sport and this country. To his credit, he has worked hard over many years, both quietly and publically, to improve the state of show jumping in Ireland.

Be it opening East Clare Equestrian Centre in the 1990s where he hosted international horse shows; creating an international winter tour and encouraging international riders to come to Ireland; setting up the young rider bursary scheme to give youngsters a chance to train in America; or blooding young riders in Nations Cup competitions, he is nothing if not progressive.

“I try to be,” he answers when I mention he is progressive. It is not an easy job and, as he says, “you only have four friends on a Friday. I know I don’t please all of the people all the time but I definitely have the best interest of Ireland at heart. I try to be fair and I try to make the right decisions,” he says in relation to selecting teams.

“Nobody has all the answers, I make plenty of mistakes, but I don’t set out to make them, I have the best interests of the country at heart. I understand people get frustrated but it is my job to also manage expectations of where people are. I have to be objective, not subjective, and I can tell you my phone never stops ringing!”

2022 has been successful overall so far, with four Nations Cup wins – in Abu Dhabi, Wellington, Langley and Lisbon. In the Division 1 series, Ireland have finished fourth in Sopot, third in Rotterdam and fifth in Hickstead last week, with many different riders used. He has high hope for Paris 2024 qualification in Herning this week which will keep momentum rolling for the Dublin Horse Show.

Blake has used 27 riders so far this year across the world and on that winning team in Lisbon was two newcomers in Kevin Gallagher and Jessica Burke, while young riders like Jack Ryan and Max Wachman made their step up to five-star.

He spent a good stint as the development chef d’equipe before taking over the main role. “If there is a drop in system, it’s that there is too much of a gap between the development Nations Cups and five-stars; I would love to see more four-star cups to help bring riders up the levels.”

“Sometime the conversation might need to be harsh but we always try to find the positive and the riders have to believe they will jump a clear round when they are going in.”

What about sports psychology? “We tried a sports mind-set coach one year but the boys just didn’t like it at all, they didn’t buy into it.” Last week, the USA-based company Charles Ancona was announced as the official supplier of clothing to HSI’s Senior Olympic programmes up to and including the 2024 Paris Olympic Games. In that HSI press release, Blake was credited with striking up the relationship with the new sponsor. How did that come about?

“The contract with Equiline came to an end, I was in Wellington and someone mentioned that Charles Ancona really likes the Irish guys. I wandered to his stand and asked him would he like to sponsor us… that was how simple it was.

“I knew he was serious when he had a training jacket made in a couple of days. I met one of the dressage riders here in Herning earlier and they said the jacket was so comfortable and amazing to ride in, so the riders are happy.”

He named his team for Dublin as Conor Swail, Cian O’Connor, Shane Sweetnam, Max Wachman and Bertram Allen, however it is likely now that Allen will be replaced on the squad following his call up to the team for the World Championships after Darragh Kenny’s VDL Cartello was ruled out due to veterinary issues.

Blake’s contract runs through to 2024 and qualification for Paris is top of his list.

He has been very open about his dissatisfaction over the three-man Olympic format which was detrimental to the Irish team in Tokyo and ultimately ended in huge disappointment.

His goals for the next few months are clear. “Obviously we need to qualify for the Olympics, that is very important; I really want to win Dublin next week and I want to go to Barcelona and go one better than last year… to finish on one fault last year and not win was very unusal! We will be doing our best!” 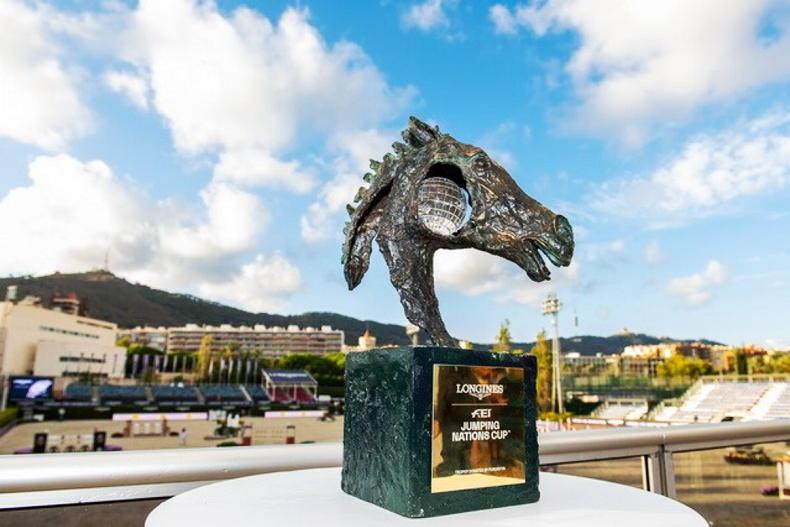