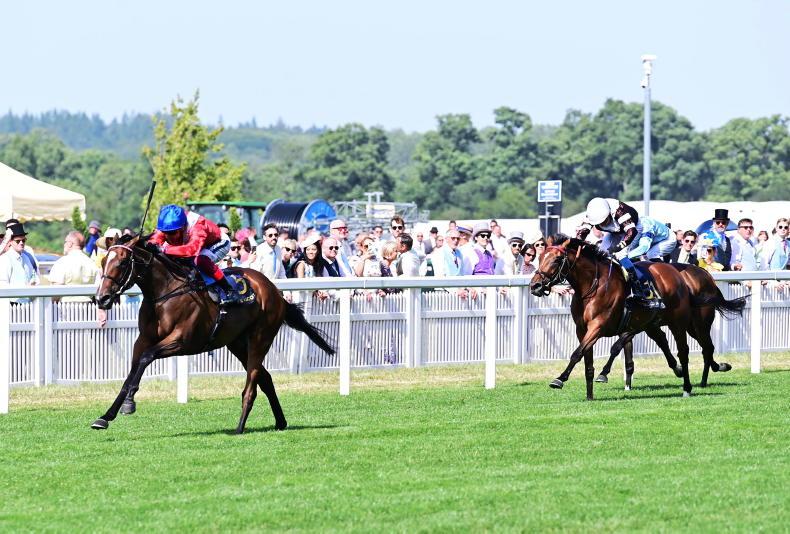 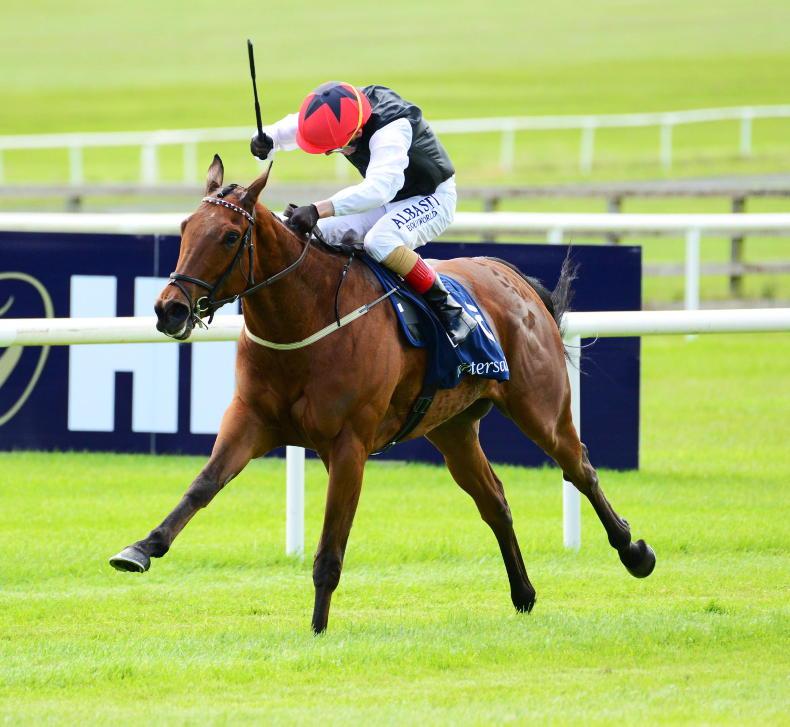 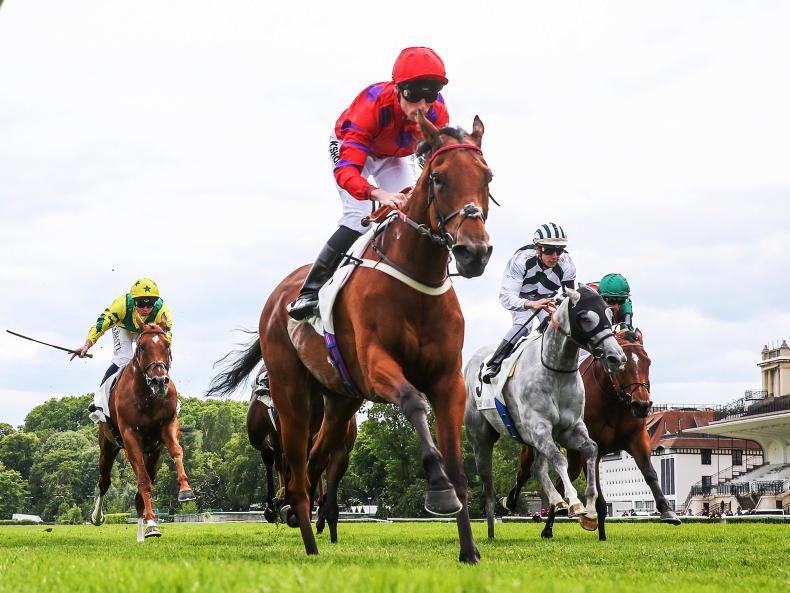 Dreamloper could be another British challenger at Irish Champions Weekend \ Dyga/focusonracing.com 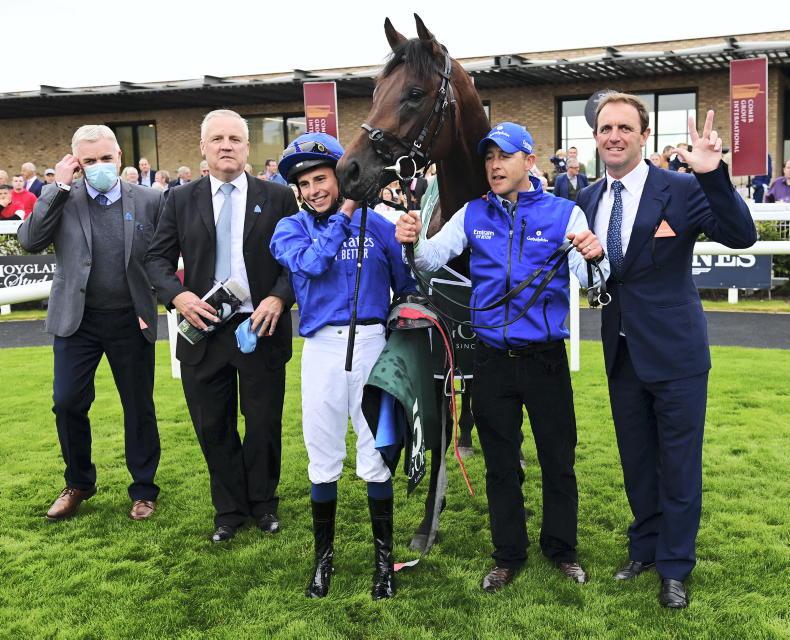 ENTRIES have been released for the four remaining Group 1 race on Longines Irish Champions Weekend at Leopardstown and the Curragh in September.

The initial line-ups for the Coolmore America ‘Justify’ Matron Stakes, the Flying Five Stakes, the Moyglare Stud Stakes and the Goffs Vincent O'Brien National Stakes are certainly a match for the stellar entry received last month for the Irish Champion Stakes and the Comer Group International Irish St Leger.

They head an entry of 38 horses that includes Tuesday who took fourth place in the Group 1 Dubai Duty Free Irish Derby at the Curragh on Saturday on the back of her Oaks success at Epsom. Group 1 winner Above The Curve is one of four in the race for Joseph O'Brien while Paddy Twomey, a Group 1 winning trainer after success for La Petite Coco in the Alwasmiyah Pretty Polly Stakes at the Curragh yesterday, has Pearls Galore and Limiti Di Greccio among four entries of his own.

A terrifically strong British entry of 12 horses is headed by the Ed Walker-trained Dreamloper. The first three horses home in Royal Ascot’s Duke Of Cambridge Stakes, the Jane Chapple-Hyam-trained Saffron Beach, David O’Meara’s Thunder Beauty and the Ed Walker-trained Primo Bacio are all entered along with the Richard Hannon’s Heredia, successful in the Sandringham Handicap at Royal Ascot. French 1000 Guineas winner Mangoustine, trained by Mikel Delzangles, is another intriguing entry.

The first of four Group 1 races at the Curragh on Sunday, September 11th is the Flying Five Stakes and topping an entry of 39 is last year’s winner Romantic Proposal, trained by Edward Lynam. Runner-up in that race was Ado McGuinness’ subsequent Prix de l´Abbaye winner A Case Of You and he’s entered once again along with last year’s fourth, the Roger Varian-trained Dragon Symbol.

There are bumper entries for the Group 1 races for two-year-olds on the Curragh’s Sunday card with 77 horses in the initial line up for the Moyglare Stud Stakes, a race Irish trainers have won for the past seven years, and 86 entered for the Goffs Vincent O'Brien National Stakes.

The Royal Ascot winner Meditate, an all-the-way scorer in the Albany Stakes and yesterday’s Group 2 Airlie Stud Stakes winner Statuette are among Aidan O'Brien’s entries for the Moyglare Stud Stakes. The Saeed Bin Suroor-trained Mawj and David Loughnane-trained Queen Olly, second and fourth behind Meditate at Royal Ascot and might well reoppose at the Curragh while the Richard Hannon-trained Bet Me and Charlie and Mark Johnston’s Dance In The Grass are all exciting recent winners.

Charlie Appleby boasts a terrific recent record in the Group 1 Goffs Vincent O'Brien National Stakes and he has made five entries for this year’s renewal including Naval Power, unbeaten in two starts, and the maiden winners Noble Style and Victory Dance.

The first two horses home in the Coventry Stakes, Archie Watson’s Bradsell and the Richard Hannon-trained Persian Force, also number among the British challenge which is boosted by a strong-looking entry from Charlie and Mark Johnston with Lion Of War, Dear My Friend, Dornach Castle and Killybegs Warrior all impressing to date.

Click here for entries for Leopardstown on Saturday, September 10

Click here for entries at the Curragh on Sunday, September 11