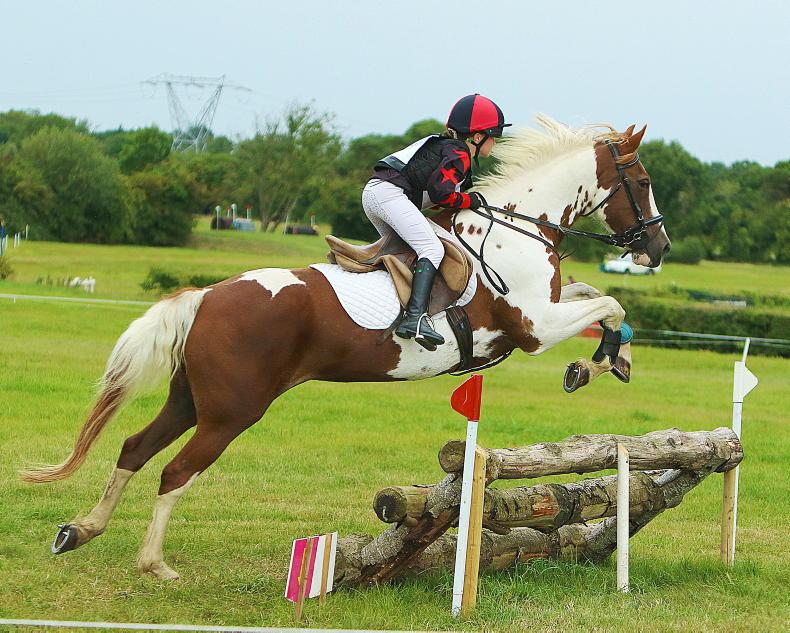 THERE was an unbelievable buzz around Tattersalls Ireland last weekend for the Irish Pony Club/Connolly’s Red Mills eventing championships – aided in no small way by the wonderful weather.

While the competition ran over Saturday (dressage and show jumping) and Sunday (cross-country), some members arrived at the Co Meath sales complex on Friday, keen to have an early start to their weekend away from home. Dan Moore’s field was packed to the brim with tents of various sizes and hues.

Eugene O’Neill, cross-country course designer for the championships – and the previous Sunday’s Eventing Ireland one-day fixture – likened the atmosphere to that around the much-missed Tattersalls Ireland international. “It was just brilliant!” he commented. “There were children, parents, grannies and grandads all barbequing and having a great time and 337 boxes were bedded down for the weekend.

“I tended to the ground as I did for the EI event, using a slitter one way and then coming back the other. We put sand down if any patches required it. The Pony Club tracks were the same as the EI over the first three fences but then they moved on to new ground and new fences.

“Last year things were a bit different after Covid and the tracks may not have been that difficult but this season they were back to championship standard. I even made the Under 12s’ dedicated track a bit harder so that they had to really ride it with a couple of twists and turns that caught a few of them out.

“On the main tracks, the water caused a few problems and so did the combination at fence 10, however if they jumped the first element on an angle they were fine (it was a lot more forgiving than last year). The two mound fences (five and 13) caused a few problems, especially at 13 where there was a slight dip to the ditch.”

O’Neill added: “I don’t have much to do with the show jumping phase, other than rope out the rings, but I was delighted to see Raymond Jess back on board once again as the show jumping course builder. Not only does Raymond design a great track but he has never appeared down here with as much as a dirty pole; everything is always perfect.”

A lot of hard work was carried out before the championships, and over the weekend, by the IPC’s office team who were backed up by an equally hard-working scoring squad, the IPC’s eventing committee (headed up by chairman Ivan Hatton) and Area 7’s head of eventing, Christine Brooks. The Ward Union Branch ran the Under 12s’ cross-country phase very efficiently.

The excellent atmosphere at the event was remarked on also by Paul Hughes whose Show Time Equestrian stand was in situ from Friday.