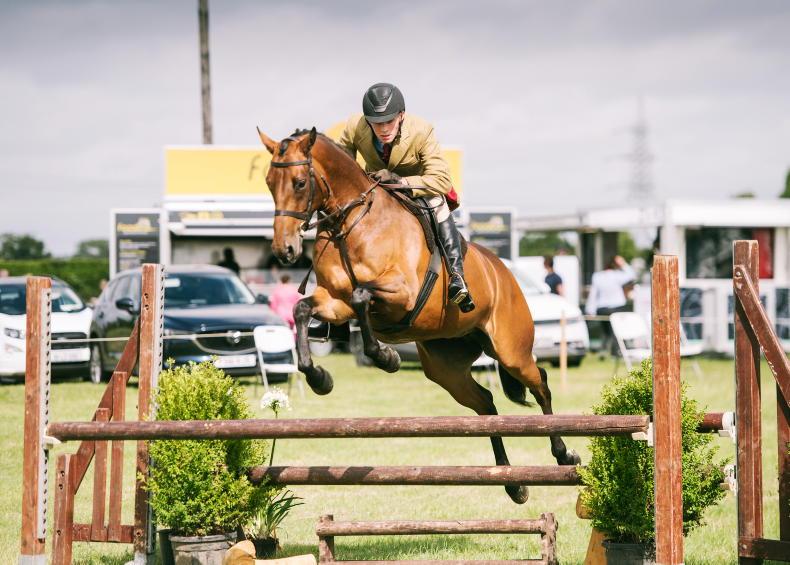 OLDTOWN’s Ivan Ryan, whose parents Kieran and Mairead are so much involved in running the Tattersalls Ireland July Show, had mixed luck in the working hunter division of the Kildare/North Leinster Area pony show which was held at the same Co Meath same venue on Sunday.

His main success came in the open working hunter section where he won the Intermediate class and championship on Mairead’s Ardfinnian, a 12-year-old grey gelding who he chose to ride in the championship in preference to his 153cms class winner, the eight-year-old gelding Indian Joe.

Judges Helen Starkie (Great Britain) and Jane Darragh chose to ignore these winners however when selecting their reserve champion, opting instead for the Co Wexford combination of Jesscia Murphy riding her mother Melissa O’Connor Murphy’s Darcy de Chanteloube who was second to Ardfinnian in their class.

At novice level, Ryan had to settle for the reserve slot on Louise McAuley Baker’s home-bred Malahow Mirah as Co Kildare’s Alex Connors took the title on Ann Grimes’s 143cms class winner, Blennerville Rua. A six-year-old Irish Sport Pony by Paulank Easy Peezy, this chesnut gelding was bred in Co Kerry by Tim Hurley out of the Captain Carnute mare Blennerville Scarlet. When eventing under Connors at EI100 (P) level, Blennerville Rua runs in the ownership of Jane Hancock.

In their class, Ryan and Malahow Mirah finished second to the Helen Burns-owned, Freya Alken-ridden Glasson Shadow who had a busy couple of days as this six-year-old Silver Shadow gelding had competed at Rincoola on Saturday when qualifying for one of the flat Connemara classes at Dublin. Evie Kennedy and Maihem First Edition also qualified for the championship here through the 133cms class while the starter stakes winner was Jocelyn Hutchinson riding her mother Lorraine’s Langwedh Miss Saigon.

Here, the Intermediate class winner, didn’t qualify for the championship. This was the Helena Hennessy Ruane-owned, Aoibhinn Ruane-ridden Ballarin Bada Bing, a six-year-old Campaign Swing gelding who, on Saturday, had finished second in the small show hunter class under Brian Murphy. Interestingly, Malahow Mirah, a five-year-old daughter of L.A. Mirah, also competed at the Tattersalls July Show on Sunday when she won her small class and was reserve champion riding horse in the hands of Claire Gilna.

Mentioned above as having a busy couple of days, the Freya Alken-partnered Glasson Shadow, who was bred by Felim Finnegan out of the Matchmakers Lad mare Gorrynagowna Lady, also won Sunday’s Connemara class for riders under 16 while Jessica Murphy claimed that for riders over 16 on Cathy Leggett’s 10-year-old Newtown Molls Pride gelding Doonreaghan Oak. 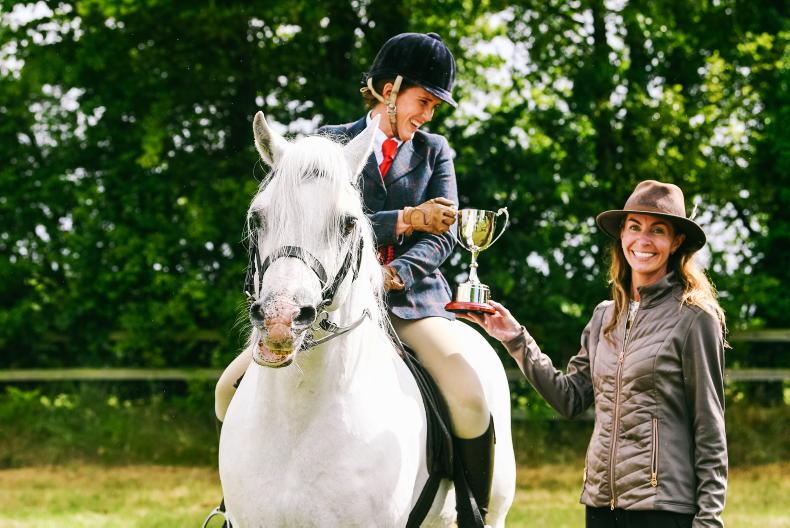 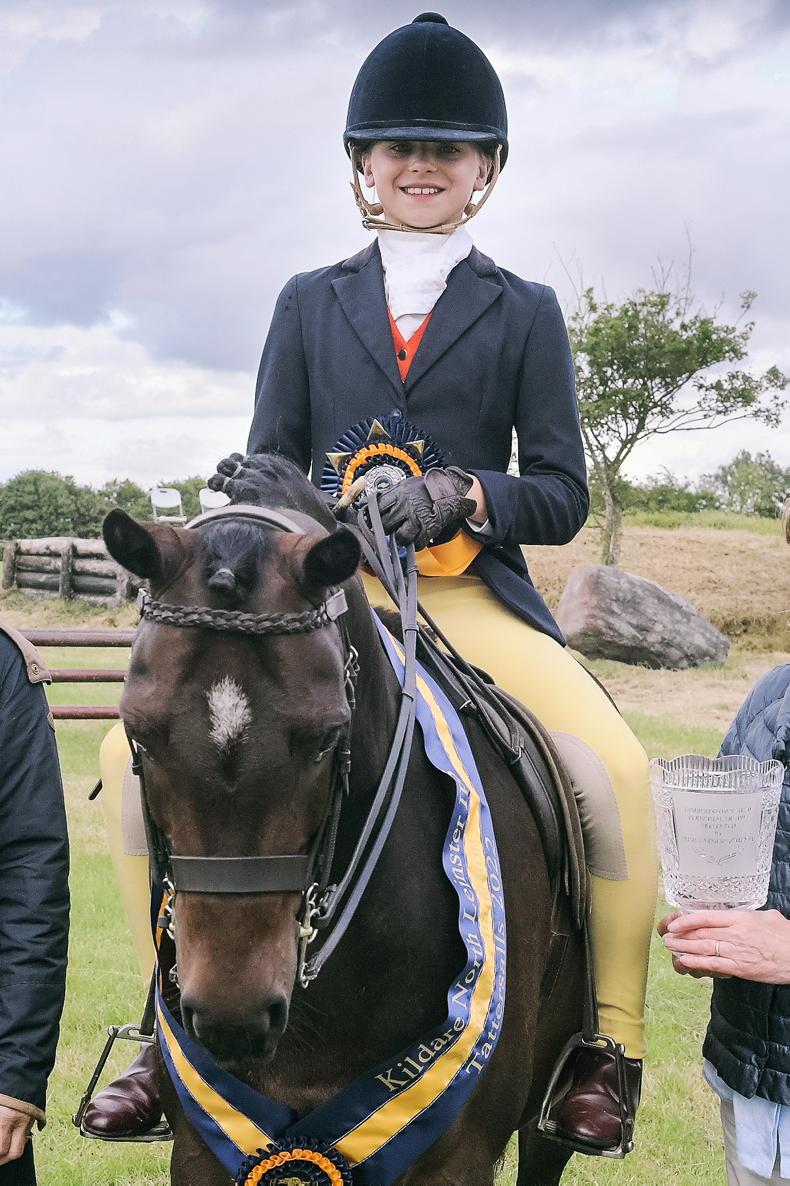 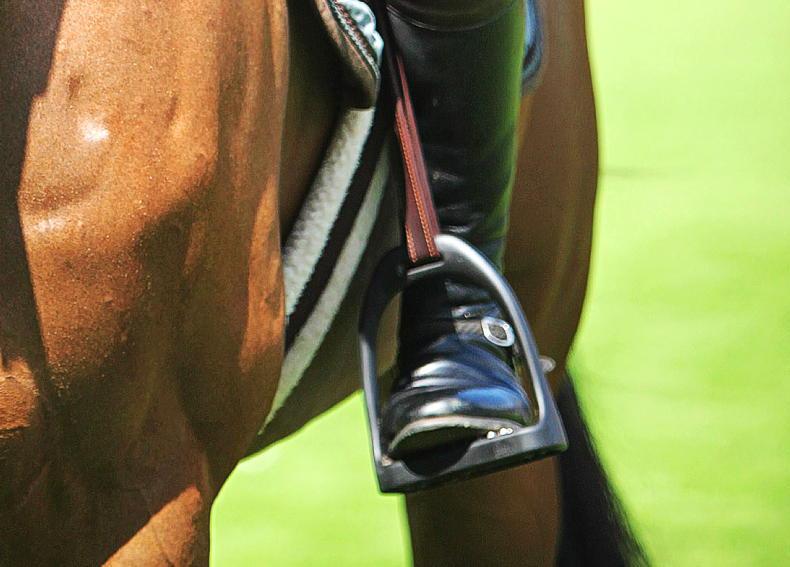 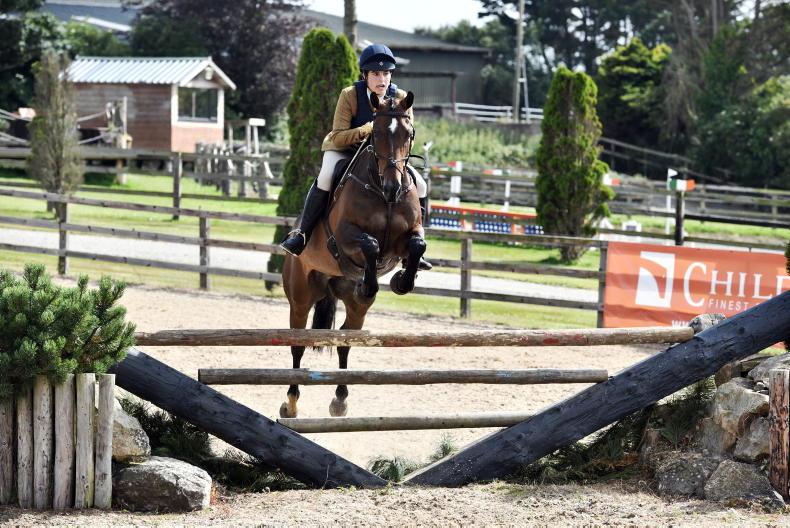