Title: JAMES CRISPE: Who will win the 2022 Prix de Diane?

The draw in France has not been kind to Irish contender, Toy, allocated stall 16 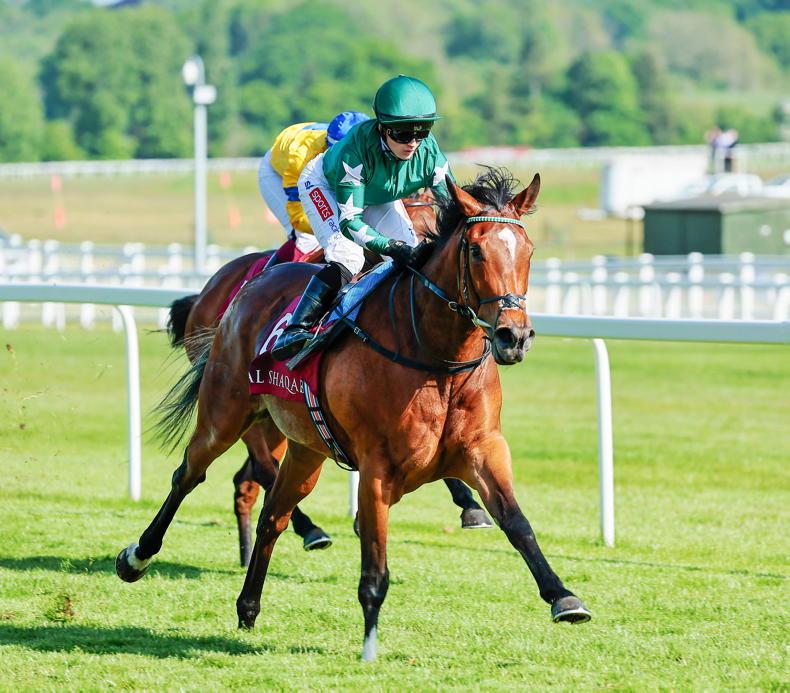 Unlike for the Prix du Jockey Club a fortnight ago, France Galop actually managed to stage a successful draw for Sunday’s Prix de Diane Longines at the first time of asking.

The big losers were the sole Irish contender, Toy, and the leading local hope, Rosacea, who, in a field of 18, were allocated stalls 16 and 17 respectively.

Aidan O’Brien broke a 15-year Diane hoodoo 12 months ago with Toy’s full sister, Joan Of Arc, and her other siblings who include the classic winners, Gleneagles and Happily, who was beaten by just half a length in this race four years ago.

Toy has struggled to live up to those fabled bloodlines in a short career so far, taking three attempts to break her maiden and then finishing only 11th, albeit beaten less than five lengths, in the Poule d’Essai des Pouliches.

Rosacea started favourite for that Longchamp classic and fared much better, staying on nicely up the inside despite not always having much room to get within a length of the winner, Mangoustine, in fourth place.

Her jockey, Christophe Soumillon, still on the crest of a wave after Vadeni’s Jockey Club triumph, will be doing well to get to the rail this time and faces a mountainous task.

The two British raiders, Nashwa and Ottlien, have fared much better in the stalls allocation with boxes two and three. And while the David Menuisier-trained Ottilien needs to make a big step up from finishing fourth of six in listed company last time, Nashwa boasts outstanding claims and looks set to hand her jockey, Hollie Doyle, an historic first classic success.

John Gosden, who trains her in partnership with his son, Thady, felt that this daughter of Frankel did not quite last the full mile and a half when she overcame a troubled passage to finish third to Tuesday in the English Oaks.

Her earlier easy Newbury listed win has been franked and this drop back in trip should be ideal.

The 31-time champion trainer Andre Fabre has not won this race for over a decade. He has long looked well stocked in the three-year-old filly division, so it is no surprise that he saddles four runners in Agave, Babala, Place du Carrousel and Zellie.

Already a Group 1 scorer, Zellie could prove the pick of the quartet, and she may well have improved a great deal during the seven weeks she has had off since finishing a solid fourth in the English 1000 Guineas, but she would appeal more if there were some cut in the ground.

Of the remainder, preference is for Daisy Maisy. Like Zellie a daughter of Wootton Bassett, she stayed on resolutely to finish just behind Mangoustine in the Pouliches and is open to further progress over this longer trip.

There are a quartet of €80,000 Group 3 contests on the Diane undercard, beginning with a four-runner Prix Paul de Moussac Longines (1m) where the Poule d’Essai des Poulains third, Tribalist, may prove a touch too streetwise for Erevann, who is an unbeaten son of Dubawi and the three-time Group 1 winner, Ervedya. 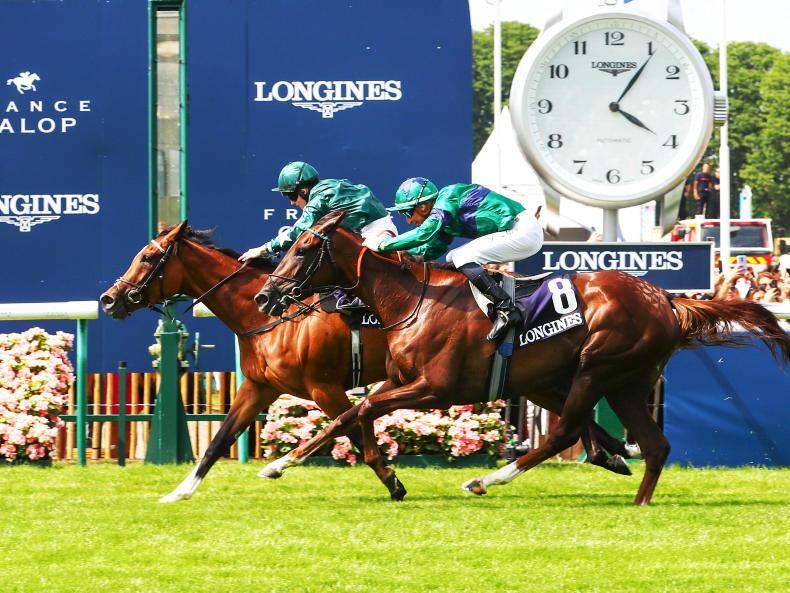 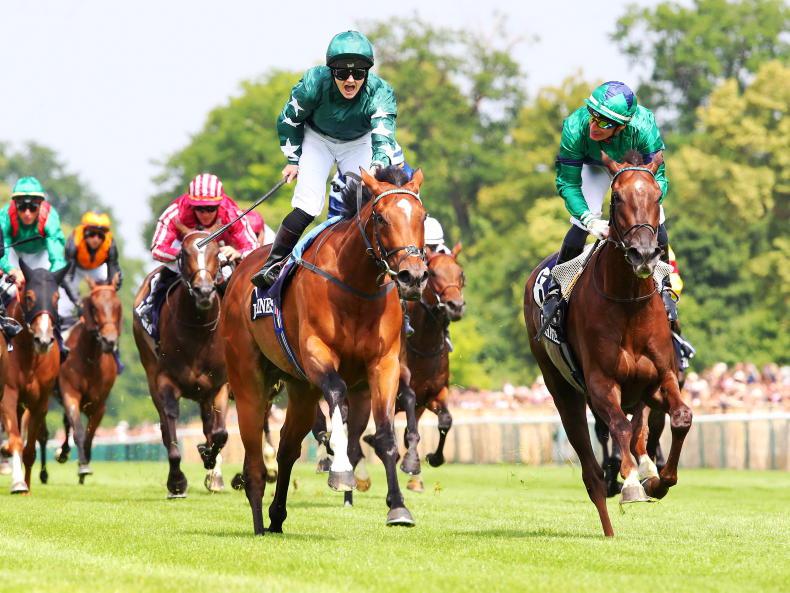 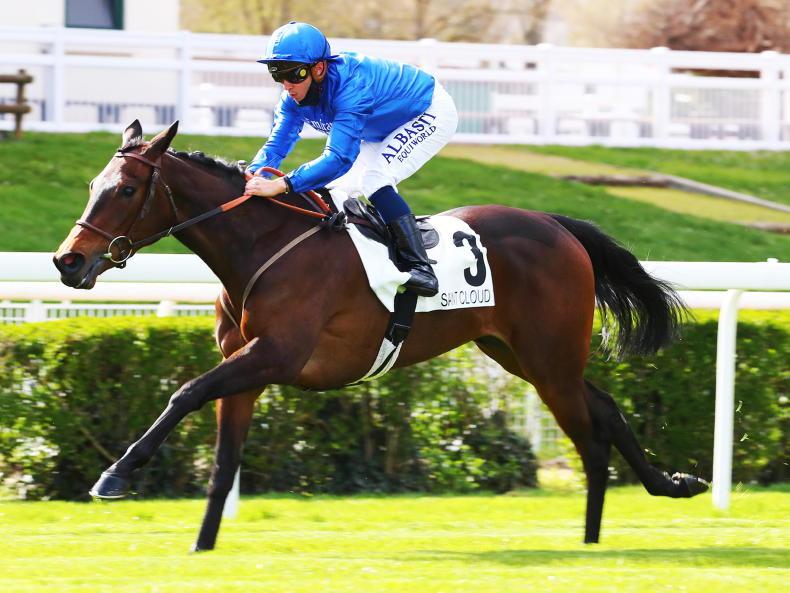 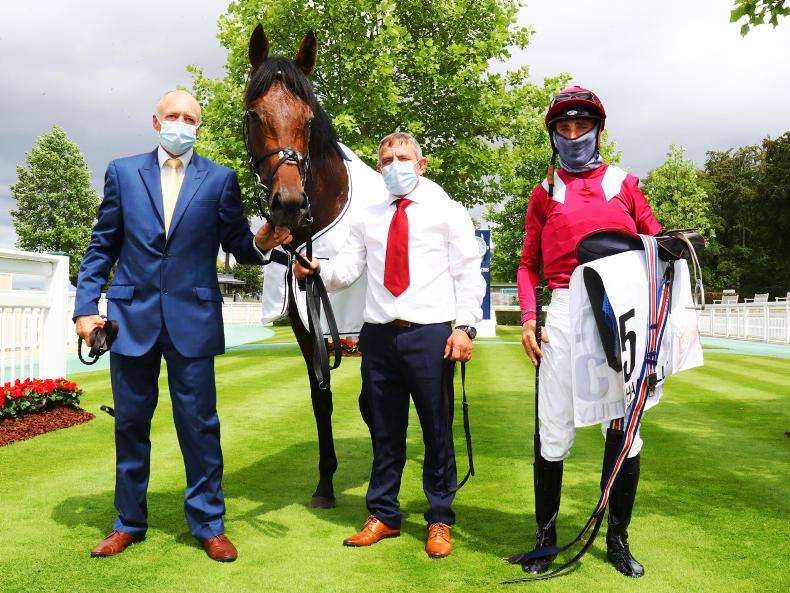 SIMON ROWLANDS: Mishriff strong in Prix du Jockey Club
Mishriff came from a position just behind the leaders, quickening in the final 200 metres and registering a 116 timefigure