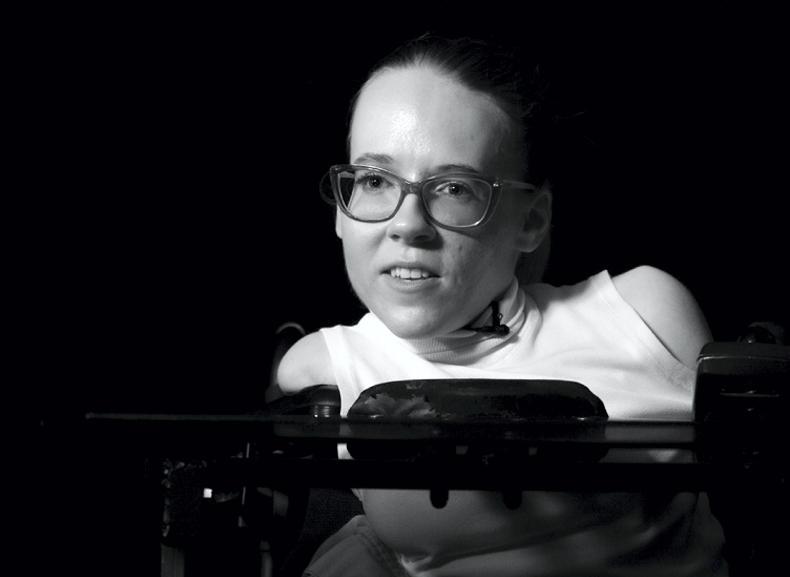 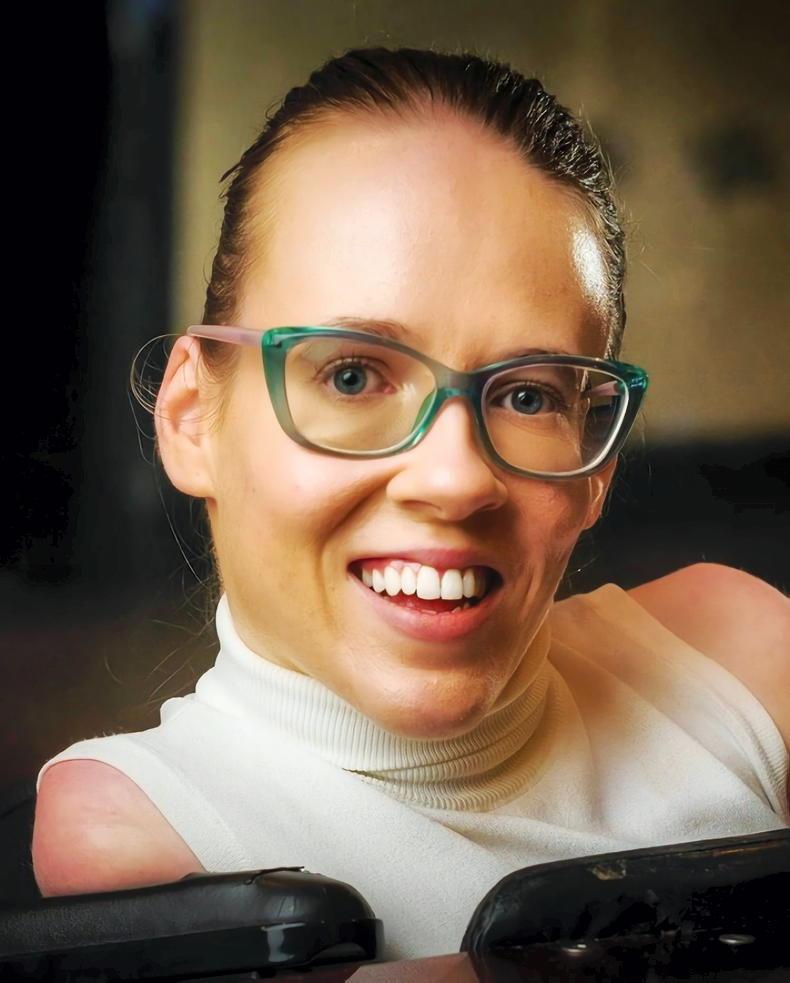 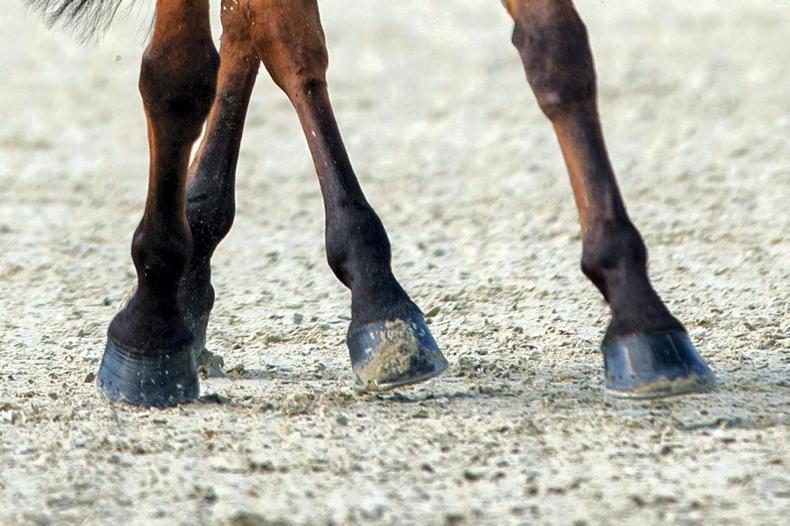 WE have all heard the phrase ‘Can’t See Can’t Be’ bandied about over the last few years. If this phrase means nothing to you, congratulations, you probably see people who look like you daily splashed across TV, advertisements, social media and everywhere in between. For those born with a disability, like me, I mightn’t see someone who looks like me from the start of January to the end of December.

Sport was always my outlet growing up. My family were heavily involved in local GAA and athletics. I knew I couldn’t be like them, that was absolutely fine. But, I knew I had other assets and things to offer. I love talking with and meeting new people, telling stories and spinning yarns about God knows what, so, naturally, I knew my involvement in sport would come from a media point of view.

I knew the Paralympics were there but still wasn’t interested in becoming an athlete. Training and dedicating your whole life to be defined by one race, one game, one moment, that was only for the 1% of the population, with or without a disability.

Bitten by the bug

Horse riding had always interested me. I’m also from Millstreet, which readers may be familiar with as a hotspot for show jumping enthusiasts, especially around the August Bank Holiday.

That’s where my role model, Arthur MacMorrough Kavanagh, comes in. Arthur was physically born like me, missing his hands and legs and having little stumps on all four corners. Despite his family being landlords, his family and my family shared similar attitudes. Arthur’s mother hired a nurse solely for Arthur to get up and running. The nurse would gradually move things away from Arthur slowly but surely, ignoring his cries for help forcing Arthur to do it himself.

My family background was the same. I have four older siblings and am the youngest. To get me rolling around on the floor, my parents would place a sweet in the middle of the floor and line me up at one wall and a sibling or my father opposite me. The first to roll, shuffle, worm their way to the sweet would win the sweet. Pretty tough for a single Rose, but that’s what started my understanding of independence. That’s what got my mind into a competitive mindset. It doesn’t matter how many times you fail. What matters is you rise again.

Like Arthur’s family, my family were forced to rethink their ideas, how to manage a child and, more importantly, get creative because you to ensure your child is as independent as possible and is not relying on you to provide.

Arthur’s mother insisted he took up horse riding like all his siblings and had a saddle custom-made for him. He and his brother trekked across numerous countries, and some say when the brothers ran out of money, Arthur used his horse-riding skills and became a horseback messenger across East India.

Arthur and I have things in common, but nothing is more comparable than our ability to innovate, create and strategise for a world built without people like us in mind. My brain constantly seeks out hurdles in everyday tasks, figures out what to do, and then commit.

Arthur was the same. When elected MP in Westminster, he’d get his handler to carry him to his seat where he would argue, debate and discuss with very few notes in front of him. Like Arthur, I knew my brain was another powerful asset.

So, this year it’s my goal to emulate Arthur and his horseback skills. The Riding For The Disabled Association Ireland have been incredibly helpful with ideas and suggestions while also displaying such optimism it’s been refreshing and encouraging to deal with them.

We say sport mirrors society. Think about it, the drama, discipline, hard work, sacrifice, strategy, the winning and losing in sport are all part of the human experience. Add to that the bad parts of society, from greed, exploitation of the powerless and outright exclusion. But, parts of sport reflect back to society how life should be lived.

Take the Paralympics or Special Olympics as an example. In what facet of society do you see people coming together, breaking down every hurdle or obstacle, defying expectations, and creating ways to achieve their dreams despite the cost. That’s rare in the real world and is getting rarer day by day.

I’ve slowly realised that the goal I’ve set myself could potentially be more significant than that. Yes, it’s about me getting on a horse and riding into the sunset, but it’s also about breaking down barriers for those with a disability to get involved however you can.

It’s about encouraging people, businesses and society to smash the status quo and recreate and reimagine the world we live in. It’s about ensuring everyone has a fair crack at life, whatever it is they want.

Throwing down the challenge

Right now, I’m looking for innovative and creative people to help out. From saddlers who can mould saddles to keep me on the horse to horse breeders in the know, I’m looking to kickstart my journey and leap over whatever hurdles arise.

This is a goal that needs creativity, imagination and innovation. There is power in unity and togetherness, and only by coming together can sport or life tackle the various issues that challenge us.

CORK native Joanne O’Riordan is an activist, columnist and public speaker. She studied criminology in UCC and is only one of seven people in the world living with a rare physical disability known as Total Amelia.

This means she was born without all four limbs but Joanne, or indeed her family, has never allowed it to hold her back. Joanne first gained attention for skipping school to confront then Taoiseach Enda Kenny about his proposed plan to reduce disability funding during his election.

In April 2012, she spoke before the UN and challenged the body to create technology to help disabled people such as herself. She was named Young Person of the Year at the People of the Year awards in 2012.

Joanne is an activist for people with disabilities, a motivational speaker and a sports columnist with The Irish Times. She appears in the 2013 documentary No Limbs No Limits.

Joanne has challenged the most advanced minds in the world to build her a robot that would become her hands and legs. Joanne focuses on delivering inspiration talks on ‘Living and Thriving’.