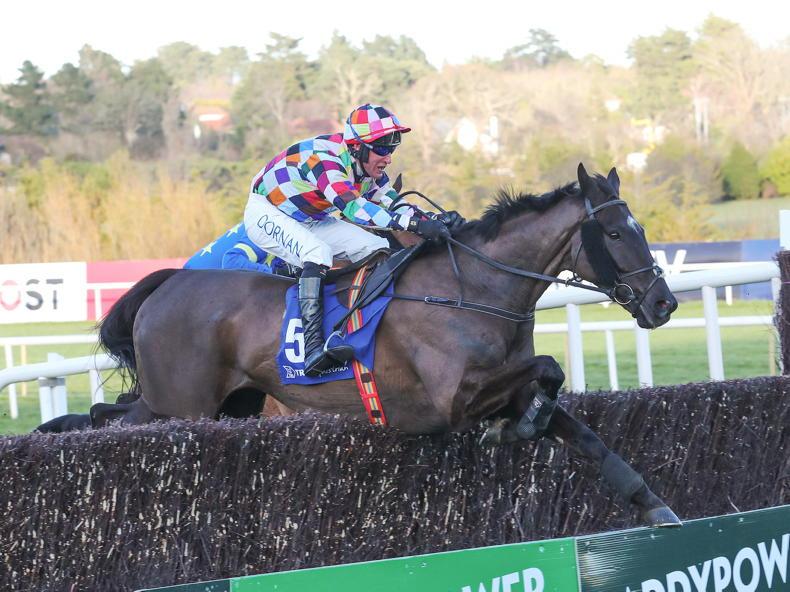 Discordantly could be the answer to the Grade B Tote Always SP Or Better Handicap Chase at Killarney today \ carolinenorris.ie

Hisnameis Mrdevitt should finally shed his maiden tag now that his sights have been lowered.

Last seen when a respectable sixth in much stronger company at Market Rasen, the Peter Fahey-trained five-year-old has acquired valuable hurdling experience which can prove the difference here.

Although he will need to jump better than he did there, he should have too much know-how for these.

The Last Mardi would be a serious threat on his hurdling debut if lack of a previous run doesn’t affect him.

The form of his third-place finish in a maiden at Galway has received a couple of boosts since and the Gordon Elliott-trained gelding had previously won two bumpers.

Next best: The Last Mardi

Shannon Gray shaped well here last month in a race that has worked out well. Although the Eoin McCarthy-trained mare could only manage third at Downpatrick last time, she received a bump at a crucial stage and only lost second close home.

Having developed some consistency of late, she has to be of interest in an ordinary affair.

Movie King is relatively unexposed over hurdles, having had just the six career runs. He showed the first real sign of ability when second at Kilbeggan last time over two miles.

As a winner over that trip on the flat, he should really appreciate the extra distance he encounters here.

Mars Harper should be ready now after a very encouraging comeback run at Galway. The Sulamani gelding, who held his own in some of the better handicaps over the winter, kept on nicely to finish third in a decent contest at the festival.

He doesn’t look an easy ride, as he travels well but doesn’t find a great deal, so being delivered late off a strong pace looks key.

Vultan is of obvious interest on his first start for Tony Martin. A lightly raced gelding making just his third start over flights, he attained a rating of 90 on the level.

While this is a big ask taking on more experienced handicappers, his class could see him take a hand in the finish.

Granted a clear round of jumping, Vina Ardanza should have the class to make a winning debut over fences.

Placed in Grade 1 company as a novice hurdler last season, the Gordon Elliott-trained gelding should take high rank in the chasing division this winter.

He is much classier than the average recruit this time of the year, so it will be a surprise if he fails to collect.

Wouldn’t You Agree looks best placed to take advantage should the Elliott horse run below expectations.

The eight-year-old won a Grade B hurdle here over the trip at last year’s corresponding meeting.

Next best: Wouldn’t You Agree

Call Me Lyreen can resume winning ways, having just been touched off in Grade 3 class at Galway last time.

The Court Cave gelding, who had won his previous two starts, was dropping back in trip at the festival but almost got away with it.

Staying on strongly up the Ballybrit hill, he gave every indication that he needed a return to today’s trip.

Ganapathi boasts a similar profile, winning over this trip before finishing third in the aforementioned Galway race. A very decent novice over hurdles, he remains largely unexposed over fences.

Having been detached for much of the contest, he was also hampered earlier in the race.

A first-time visor could see him travel better early on now. Castlegrace Paddy was down the field in the Plate but also suffered interference and made mistakes. He had previously impressed when winning here on the flat in July.

Marine Nationale can give trainer Barry Connell a win in this finale. Impressive on his racecourse debut at Punchestown in May, the five-year-old looked a horse capable of taking a winners’ bumper.

Follow The Brave is the obvious danger. Willie Mullins had a host of runners to choose from, so the fact he relies on the son of Motivator has to be significant.

Ryan McElligott
LEOPARDSTOWN SUNDAY: Harmonious result for Discordantly
As he went in search of his first win since October 2020, the Robbie Power-ridden Discordantly never missed a beat 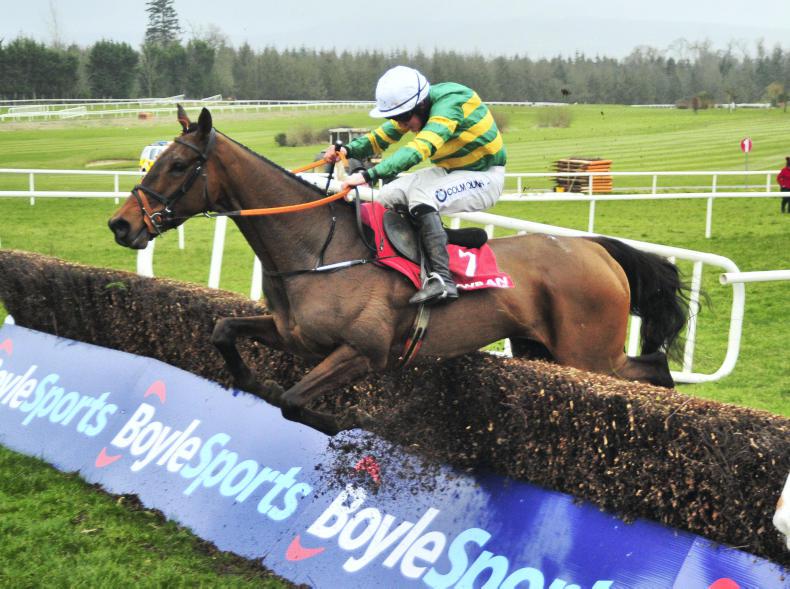 GOWRAN PARK SATURDAY: The Long Mile on a roll
"The Long Mile is a very laid-back horse and he's a much better chaser than a hurdler, " said Philip Dempsey 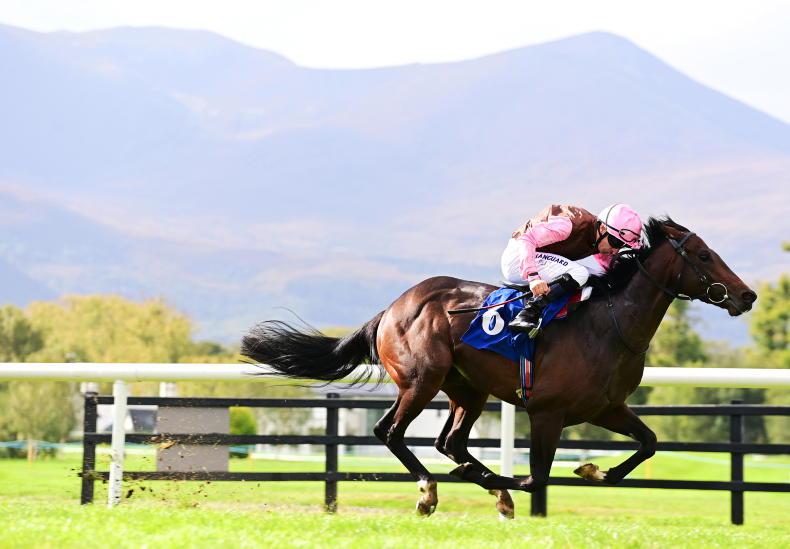 Ryan McElligott
KILLARNEY MONDAY: O'Brien closes in on the century
Joseph O’Brien made it 98 victories for the campaign while Mikey Sheehy kept up his good recent success rate 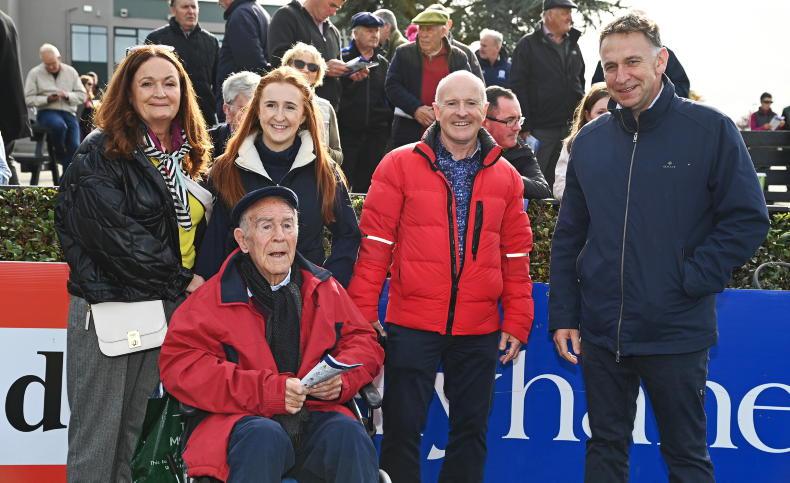 Anne Marie Duff
34 - 35 PHOTOS OF THE WEEK: Out and about at the tracks
Healy Racing and Caroline Norris captured the action from the tracks over the last week