Title: Kyprios all set for next step up at Leopardstown

Trained by Aidan O'Brien for Moyglare Stud, the four-year-old runs in the Saval Beg Levmoss Stakes, which is traditionally a prep race for the Ascot Gold Cup 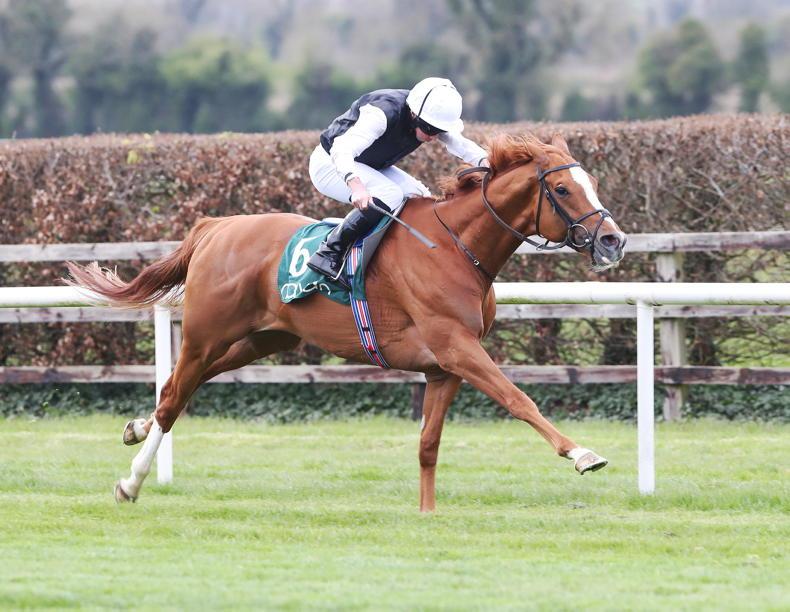 The black, white and red colours of Moyglare Stud are one of the most famous sets of silks in Irish racing. While their association with Aidan O’Brien’s Ballydoyle stable could be considered a rare allegiance, thanks to the lightly-raced Kyprios it looks like a fruitful partnership is being formed.

The four-year-old son of Galileo overturned his sister, the dual Irish St Leger winner Search For A Song, in the Vintage Crop Stakes at Navan on just his fifth start last month and Friday’s Saval Beg Levmoss Stakes looks the ideal opportunity for Kyprios to continue his progress.

Ireland’s perennial champion trainer last won the race with Order Of St George in 2018, when that leading stayer was completing a hat-trick in this Leopardstown Group 3 and, following declarations on Wednesday morning, O’Brien looks set to provide the likely favourite on Friday evening.

O’Brien said on Wednesday morning: “We are looking forward to Kyprios in the Saval Beg. He delighted us by winning the Vintage Crop nicely in Navan in what was a strong field for a listed race and he has been good since.

“He’s a brave horse. He won his maiden first time out as a two-year-old on very bad ground in Galway and then won first time out last year in Cork. But then he came out under the stalls at Ascot and picked up an injury so he didn’t run again until Navan, where he clearly enjoyed the step up in trip.

“We have always thought he’d be nice and while he is four, he still has very low mileage, having only run five times.

“He also had an entry in the Yorkshire Cup on Friday but we like the Saval Beg for him and we’re looking forward to seeing him progress at this level.”

Opposition to the youngest runner in the field includes the Ger Lyons-trained Phoenix Cowboy and Jim Bolger’s Agitare, while trainer Andy Slattery is hoping to add his name to the elite roll of honour with a two-pronged attack.

Slattery will run Sunchart, a son of Teofilo who has been placed numerous times in Listed company, and the talented Pineapple Express who steps up to 14 furlongs for the first time.

Slattery said earlier this week: “Pineapple Express ran a lovely race when third first time out in the Noblesse Stakes. You could expect her to come on for that normally but especially as she was in season so to get that important blacktype was brilliant.

“These are the type of races we have mapped out for her for the year because she’s rated 95 now so her handicapping days are over. And she showed in Cork, she is not out of place in these kinds of races.

“She is stepping up two furlongs but I don’t think that will be a problem. In fact I think that she might be better for that too. We’ll know a lot more after Friday.

“Sunchart ran really well when just touched off a head by Wordsworth in Gowran Park and I probably ran him back too quick in the Vintage Crop at Navan, because he just wasn’t fully fit to start the season off and had a hard race.

“He’s in good form now though. He has a couple of other options too and we’ll firm up the plans for him with the owner in the coming days.”