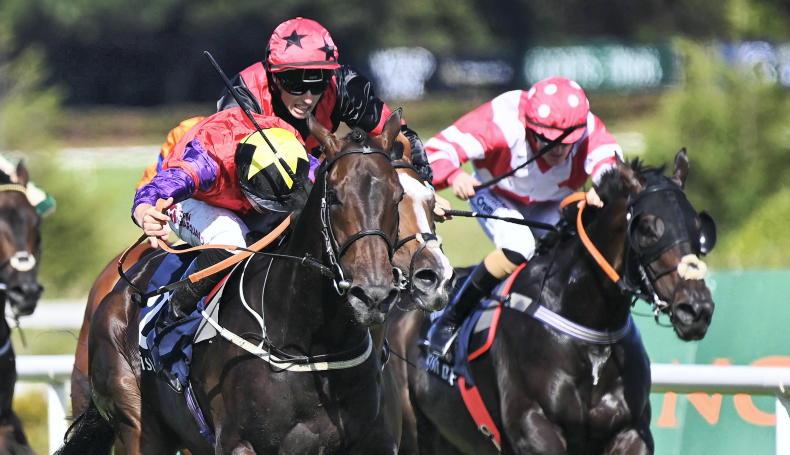 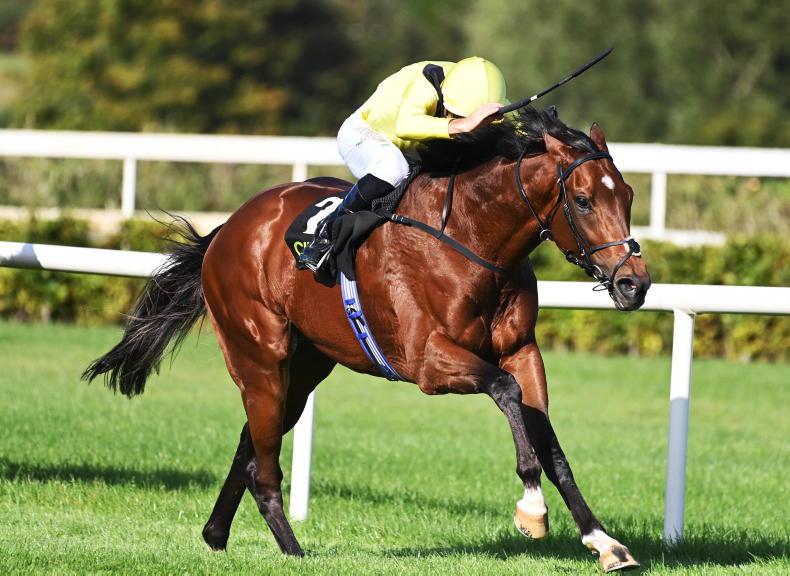 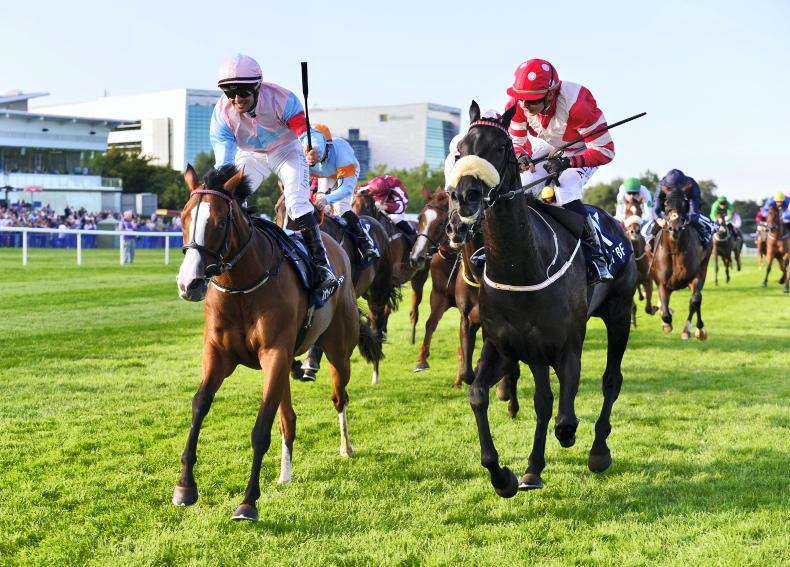 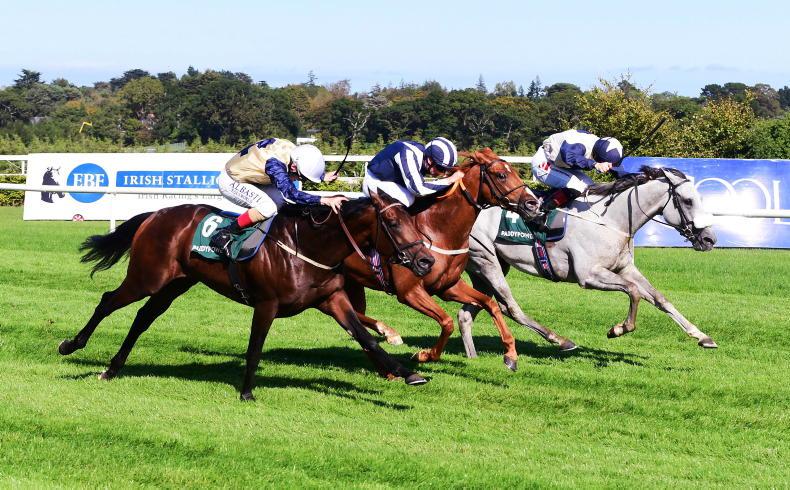 AIDAN O’Brien further strengthened his hand for the pivotal swing of top two-year-old races in the autumn as Auguste Rodin, a colt long held in high regard in Ballydoyle, returned from two months off to land the Group 2 KPMG Champions Juvenile Stakes and signal himself ready to step into the big time.

This son of Deep Impact showed plenty of promise in two runs during the summer and bolstered his reputation with a likeable effort. He possibly had a bit more in hand than the winning margin of a length and a half would suggest.

The 11/10 favourite got to the front for Ryan Moore with over a furlong to run and while he had to work somewhat he always looked to be in control as he readily contained the effort of the only filly in the line up, Caroline Street.

“He had a nice break since he won at Naas and was just ready to start back and I’d say he’ll improve plenty from this. I think he will sharpen up a lot and he could now be a horse for the Dewhurst or the Vertem Futurity,” remarked O’Brien.

“He’s a lovely mover with a great physique and he’s always impressed in his work. In terms of next year we feel he’s a horse who would be able to start off in a Guineas and then maybe go for a Derby.”

For the third time in four years the Group 2 Clipper Logistics Boomerang Mile went to Britain as Jadoomi (9/4) struck for the red-hot yard of Simon and Ed Crisford.

Fresh from a victory in last month’s Celebration Mile, the lightly raced four-year-old made things look decidedly routine under a masterful front-running ride from Christophe Soumillon. The 113-rated son of Holy Roman Emperor dictated the tempo from an early stage and Soumillon judged things expertly. Just as several would-be challengers closed in with over a furlong to run Jadoomi found another gear to surge away again and he hit the line with four lengths to spare over the back to form 40/1 chance Glounthaune.

“When the rain came we were so pleased as he loves to get his toe in,” declared Ed Crisford. “It was a brilliant ride on ground he loves and that was a very good performance. He’s an exciting horse and hopefully it’s onwards and upwards. He’s not in the Queen Elizabeth II Stakes at Ascot but I think we will have to sit down and have a conversation about whether we supplement.”

It took just two races for the visitors to make their mark on the biggest weekend in Irish flat racing as I’m A Gambler (18/1) struck for Charlie and Mark Johnston in the Irish Stallion Farms EBF Sovereign Path Handicap over seven furlongs.

The John Brown and Megan Dennis-owned three-year-old was always well placed behind the leaders for Tom Marquand and launched a strong bid that carried him past Current Option entering the last furlong. The winner’s compatriot and 2020 Boomerang Mile winner Safe Voyage came from out of the clouds with a whirlwind charge but the line was always coming too soon for him and I’m A Gambler got home by half a length.

The winning rider was riding at Leopardstown for the first time on the day, while I’m A Gambler was producing quite an effort to win this off a mark of 106 to take his tally for the season to five wins from 13 starts.

“I had a great draw and got a good run around to get into it and it’s great to pull it off. The track rode a bit sharper than I had imagined from watching it,” reflected the rider.

DERMOT Weld’s resurgence continued into this fixture as Duke De Sessa made a striking first venture over a mile and a half to edge a titanic finale to the Group 3 Paddy Power Stakes.

A Group 3 winner at this track late last season, the Newtown Anner Stud-owned son of Lope De Vega was returned a well backed 6/1 shot and was given a brilliantly timed ride by Chris Hayes.

Duke De Sessa took his time off the pace and had plenty to do turning for home but as the last furlong loomed he began to unwind with a tremendous charge that steadily got him on terms with Beamish and Thunder Kiss. The latter gave her all to try to better last year’s narrow second but in the final yards was edged out by the three-year-old who carried the day a short head, with Beamish a further neck back in third.

“He’s been working exceptionally well. My concern was the trip but I felt if he stayed he would win,” reflected Weld. “The plan was to take our time and come from off the pace and he got a great ride from Chris. This horse is entered in a Group 1 in Germany in about four week’s time and I’ll speak to connections but that is what we might consider next.”

Just as he did 12 months ago Ger Lyons kicked off Champions Weekend with a winner as Zarinsk produced a commanding effort from the front in the Listed Ballylinch Stud Irish EBF Ingabelle Stakes.

After running with credit in two pattern races after her maiden success at the Curragh in May, the Juddmonte-owned daughter of Kodiac produced a complete display under Colin Keane. She dictated a tempo to suit herself and when pressed by Library approaching the last furlong found plenty to move away again and defeat that opponent by two and a half lengths, with the 125/1 shot Highly Desirable running a monster race to finish just a further neck back in third.

“She’s a lovely filly and is a work in progress still,” stated Lyons. “I have to talk to connections but my feeling is that we might leave her until next year. Colin was confident that she’d get a mile next year and that was no more than we thought she could do.”

A fallow period for Sheila Lavery came to an end at the most opportune of times as Moracana (14/1) and Rory Cleary came out the right side of a tremendous conclusion to the €150,000 Irish Stallion Farms EBF Petingo Handicap.

A first winner for the trainer in over three months, this Sue Chadwick-owned filly shaped like a premier handicap candidate when winning here much earlier in the season. At a track where she is now undefeated in three runs Moracana was stepping beyond 10 furlongs for the first time and she coped well with his extended mile and a half.

Rory Cleary looked to have produced her with a winning effort early in the final furlong but Golden Twilight clung on bravely after losing the lead and did especially well to force a bobbing finish but the verdict went to the Sheila Lavery inmate by a nose.

“She travelled away really nice and I got a great tow into the straight. I went to the front nice and easy and she just lugged a bit left. In the closing stages she was only just doing enough but I knew I hit the line well,” said a delighted Cleary.

“Sheila had her fairly straight today but it was her first time over a mile and a half. It means a lot for the likes of me to win on a day like this.” 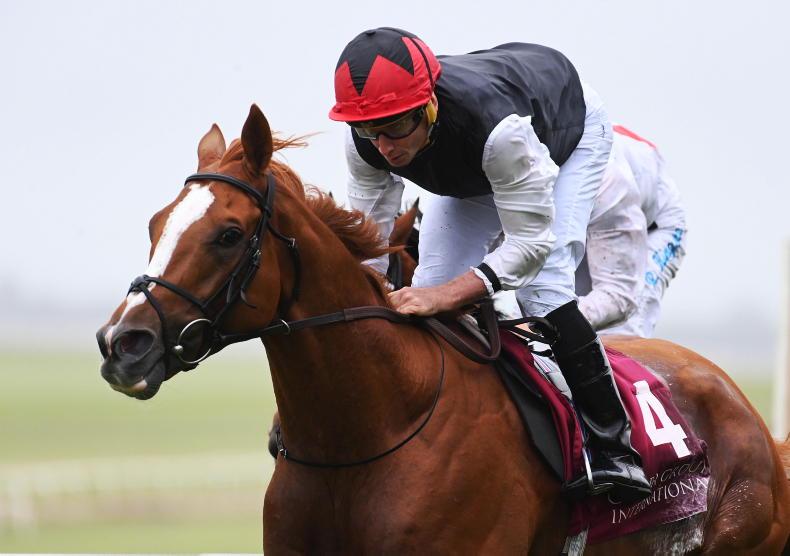 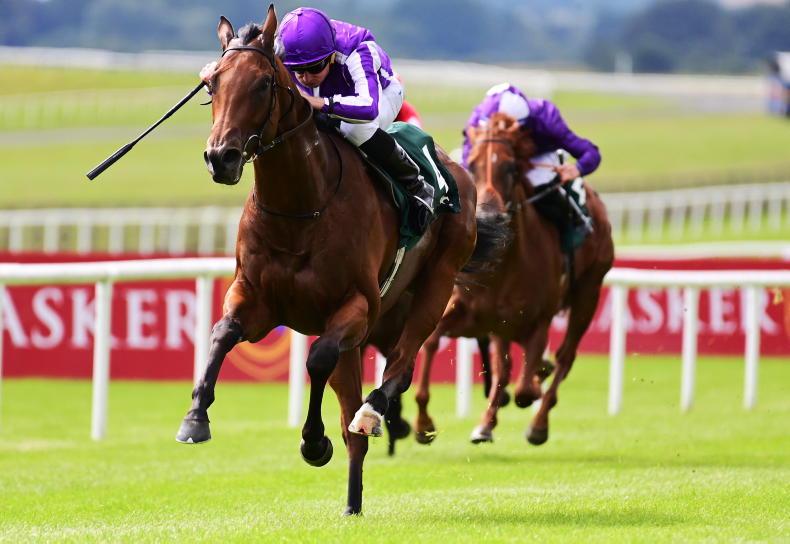 Ronan Groome
WORLD RANKINGS: Bear best juvenile by a Big margin
Aidan O’Brien’s Little Big Bear was rated the clear best juvenile of 2022 off the back of his excellent win in the Group 1 Phoenix Stakes at the Curragh