Title: LIMERICK MONDAY: Step up in trip can allow Eric Bloodaxe to rule at Limerick 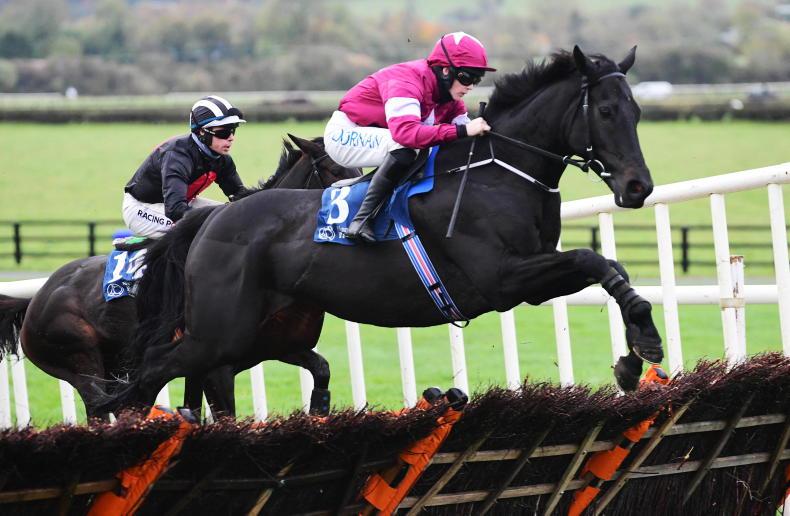 The return to maiden company should see Glens of Antrim finally get off the mark. Her fourth behind Skyace in the Grade 1 Mares’ Novice Hurdle Final at Fairyhouse is the standout piece of form on offer, and a return to two and a half miles should also suit. She can make her class and experience count.

Beth Horan has some decent bumper form and the move to hurdles could see her to better effect. She has a year and nine months absence to overcome but can do herself justice with a decent showing.

King Alex shaped like he needed the run on his previous start at Naas and should be left spot on for this now. Barry Connell’s seven-year-old won three times over hurdles last season but disappointed when pulled up on his final start of the campaign over fences at Fairyhouse. His return was encouraging in that respect and he can build upon it now.

If able to recapture the form of her Galway second, then Razzle Dazzle Love shouldn’t be far away. The 125-rated hurdler ran well behind Global Equity and although she was well held by Blue Lord on her most recent start, this looks a like a softer heat and she has the scope to improve on her third chase start.

The formbook points to Vital Island. His second behind Singing Banjo in the Fr Sean Breen Memorial is the standout piece of form and he returns to the track after a good success in a Lingtown point. He’s still searching for his elusive racecourse win but if he can transfer his cross country effort to these regulation fences, he should go close.

Lord Schnitzel is a good alternative. Declan Queally’s gelding returns to the track after a good point-to-point spell which yielded three wins on the spin. All of his successes to date have come between the flags but he’s in a rich vein of form.

A race with an illustrious roll of honour which Eric Bloodaxe can get on. He was far from disgraced behind Ginto in a Grade 2 at Navan, finishing well clear of the remainder with the third going on to win a rated novice event at Thurles next time out. The way he ran on that day suggested a step up in trip may be required and he gets that here.

Humble Glory took a big step forward at Punchestown and was unlucky on that occasion not to land a listed contest when second to Party Central. She shed her maiden tag over this distance at Thurles and so it wouldn’t be a surprise to see her get involved.

Handicap debutant Crosshouse Boy could be well treated. He put up his best effort yet when third in a maiden hurdle at this course on his previous run and could well exploit a mark of 100 now. Maxine O’Sullivan is a nice booking, taking 5lbs off his back, and he also has plenty of scope to improve further as a four-year-old with just five starts to his name.

Eagle Roque ran well over this course and distance two starts ago and gets in here off an unchanged mark of 89. The ground conditions were very similar to what’s expected on Monday.

It’s very hard to get away from Hilltop Supreme. David Fitzgerald’s nine-year-old romped up at Clonmel over fences on his last start and the manner in which he won makes him very hard to oppose now back over hurdles. He runs off a 5lb higher hurdle mark but seems like a much different proposition than on his previous runs over hurdles.

Dusty Sheehy’s Captain Conby showed promise in bumpers before getting up at huge odds to score at Punchestown on his hurdling debut. He has a mark of 114 to contend with but has lots of scope to progress again.

Musta Lovea Lovea ran very well at Downpatrick when last seen and was arguably unfortunate not to land the spoils. He raced into a six-length lead at the furlong pole before being reeled in by Devil’s Cut in the shadows of the post. It was a still a big run and he makes plenty of appeal now off the back of that effort.

Happy Victory wasn’t disgraced on his first run over hurdles at Navan, beaten 17 lengths by Ginto. The switch into bumper company will make things easier for Gordon Elliott’s four-year-old. 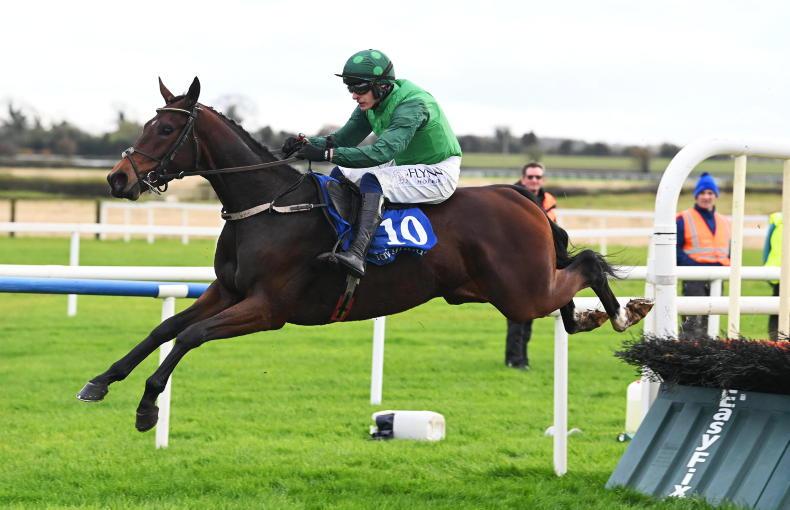 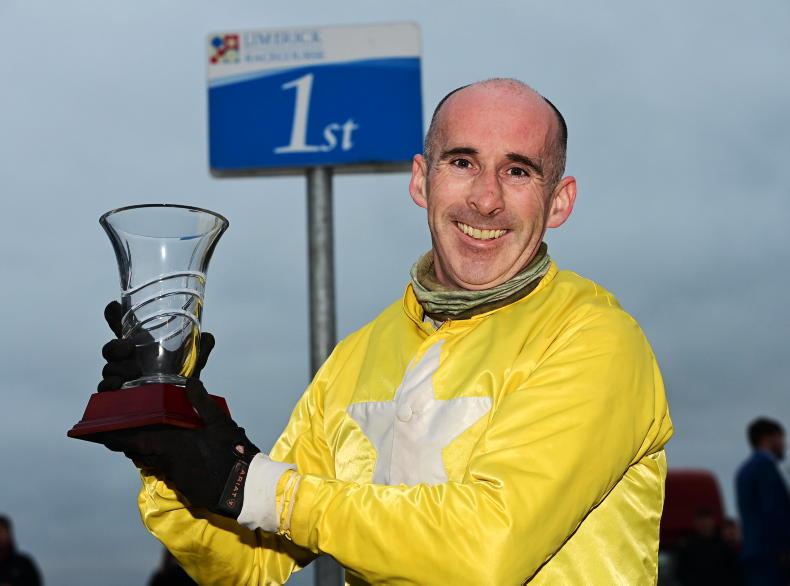 Thomas Weekes
LIMERICK MONDAY: Bloodaxe slices through mud for game success
'I remember him winning a bumper and said I wouldn't mind having a go on him down the road,' Bryan Cooper 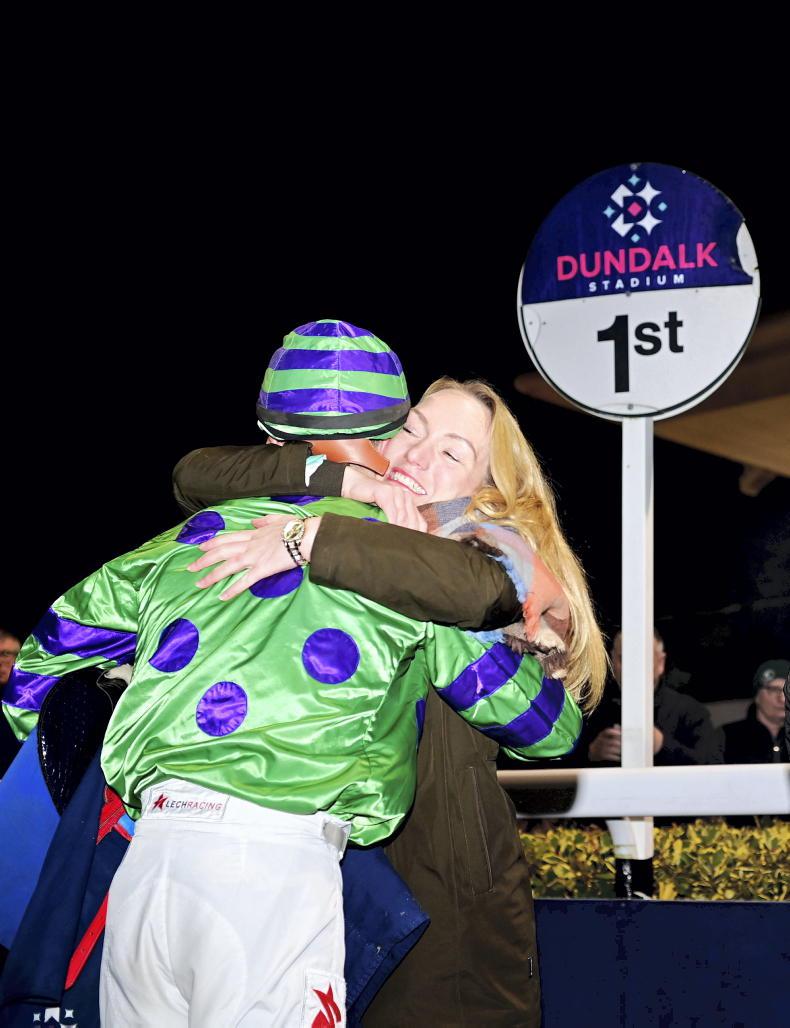 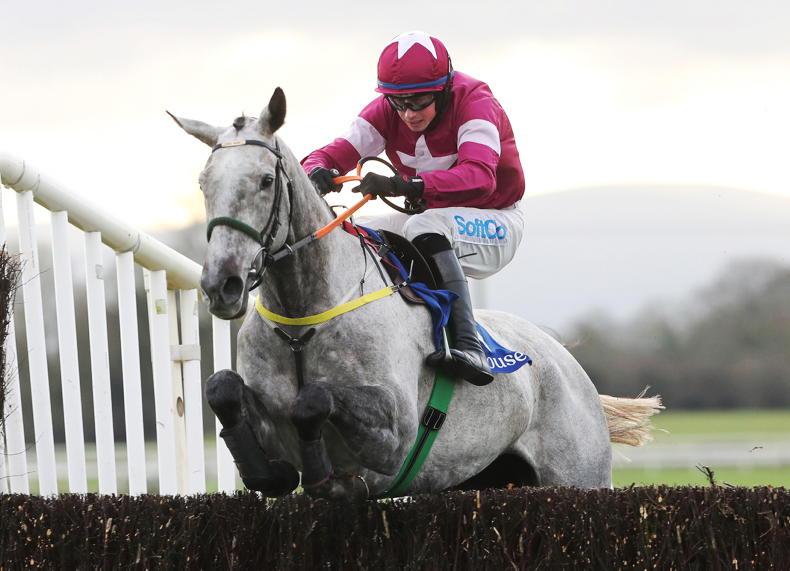