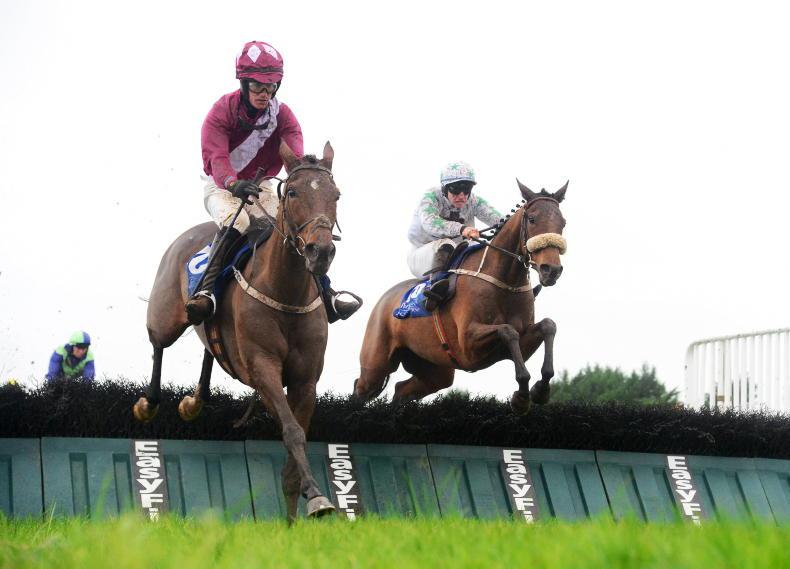 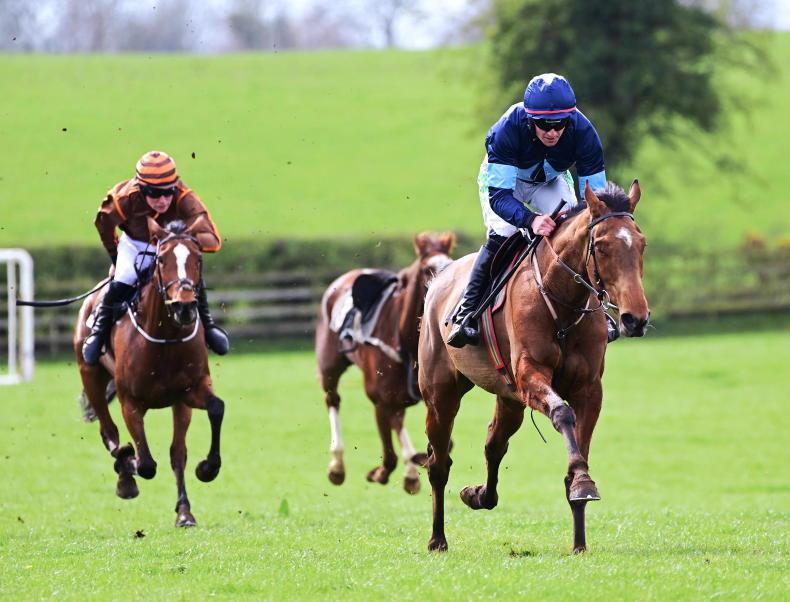 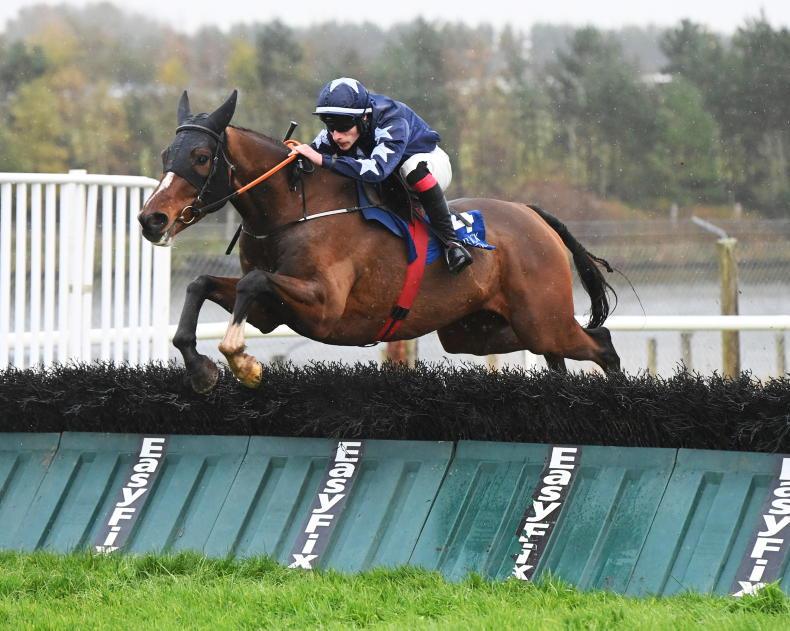 IT was a day to live long in the memory for Clare-born rider Diarmuid Moloney who partnered his first winner on the track when Brandy Harbour bolted up in the 80-95 rated Mr Binman Christmas Festival Handicap Hurdle.

The 24-year-old rider, who has a pointing success to his name and spent a spell across the water with Paul Nicholls, could hardly have hoped for a smoother first success on the track. A runner-up at Galway on his last two starts, the experienced Brandy Harbour was returned the 3/1 favourite to record his first win in 11 months. Grainne O’Connor’s charge, who is owned by the Latin Partnership, led inside the final mile en route to defeating Shean Glory by 14 lengths The winner was showing notable versatility to win over this two-mile trip having shown up so well over three miles on her previous outing.

“Diarmuid is a great fella. He comes into Derek (O’Connor) in the mornings and then comes on to me then. He is a great lad and you could set your clock by him,” said the trainer’s husband Paurick who indicated the winner could now revert to fences.

Jockey Michael O’Connor enjoyed a welcome change of fortune aboard Jimmy Mangan’s Capture The Action in the two-mile mares’ handicap hurdle. O’Connor spent almost six months on the sidelines as a result of a dislocated shoulder sustained at the Punchestown Festival and this mare was providing him with his first winner since then.

As she went in search of her first win since March 2021, Capture The Action came with a sweeping charge on the outer to lead before two out and she went on to score by five and a half lengths to notch up the fourth win over her career.

“We have found out with her that she will not jump or go in amongst horses, so I told Mikey to give the outside to no one. Mikey started out with me as a young lad so I’m delighted to give him a winner,” remarked Mangan whose charge is owned by Eileen Hodnett.

There was a 25/1 winner lying in wait in the 80-102 rated handicap hurdle over just short of two and three quarter miles where Chainofconsequence struck for owner-trainer Aengus King.

Gavin Brouder was on board the front running five-year-old who needed to improve on his last couple of runs but had shown a good deal of promise earlier in the autumn.

The five-year-old needed a decent jump at the last to retrain control of the race and he duly flew that obstacle to defeat Positive Thinker by a length and a half.

BOTH divisions of the Adare Manor Opportunity Hurdle went to reserves and the second heat of that contest turned out to be a race of high drama as Phils Choice approached the second last flight with what appeared to be a commanding lead.

However, disaster struck there as she ran out through the inside wing of that flight to throw the race wide open. Hi Ski was left in the lead at this point but he was then run down by Elusive Guy and Peter Smithers who was partnering his third winner on the track.

The Oakroom Racing Club-owned winner was making a winning debut over hurdles here as he defeated his aforementioned opponent by two and a quarter lengths. Happily Phils Choice and Paddy O’Hanlon emerged unscathed from the late mishap.

“He had nice form in bumpers. He was getting a bit stale in bumpers so we said we’d switch to hurdles and he had schooled very well. He probably needs that soft ground,” stated Fahey who also bred the gelding. “We’ll see what the handicapper makes of him and he could be one to come back here at Christmas.”

Earlier the third reserve Brookie (10/11) and Liam McKenna continued a good run for Tony Martin in the first divide of the opportunity maiden hurdle. This success, which left Martin needing just one more winner to equal his 10-winner tally from last term, came courtesy of a horse who had shown a good deal of promise in his first six runs.

The 110-rated Abigail Rugg-owned gelding was travelling smoothly in the front rank facing up to the last couple of flights and he knuckled down well under pressure in the closing stages to defeat the tenacious newcomer Walk With Paul by half a length.

“His experience helped him and he jumped well. He’s a good moving horse who doesn’t bend his knee too much and I’d say he’ll always appreciate nice ground,” stated Martin. “He has schooled over fences so we have that option with him and we could go in a few directions with him.”

The card began with a most appropriately named winner as Des McDonogh’s Luimneach (3/1) picked up the two miles, three furlongs maiden hurdle for horses who had never previously been placed.

The J.P. McManus-owned five-year-old lined up off a couple of respectable efforts and despite racing a shade keenly he still looked to be full of running for Aidan Kelly turning for home. The 97-rated gelding wasn’t that fluent two out, but quickly got back on an even keel and pinged the last before picking off Cheerful Chap on the run-in to score by a length.

GORDON Elliott maintained his tremendous run of form as Shecouldbeanything, the trainer’s only runner on the card, won the Irish EBF Mares Ladies (Pro/Am) INH Flat Race in fine style.

Aine O’Connor was on board the 7/4 favourite who made all the running and ground her rivals into submission. Della Casa Lunga was the only one able to mount a telling effort in the straight but she was readily dealt with as the Micheal Hanrahan-owned daughter of Malinas galloped on strongly to score by six and a half lengths. Winner of a point-to-point for Paddy Turley last spring, this five-year-old looks a mare of some substance.

Elsewhere on the card, Jennifer Lee, whose brother Billy is one of the country’s finest flat riders, notched up her second success as a trainer when Well Polly (15/2) took the 80-95 rated handicap hurdle over three miles.

A winner on good ground at Roscommon in the summer, the Con Donegan-owned daughter of Gold Well looked at home under these different conditions. Daniel King’s mount had matters in hand from the turn-in and she went on to finish four lengths ahead of Problem Solver.