Title: LISTOWEL SATURDAY: Falco can Blitz them on debut for McNamara 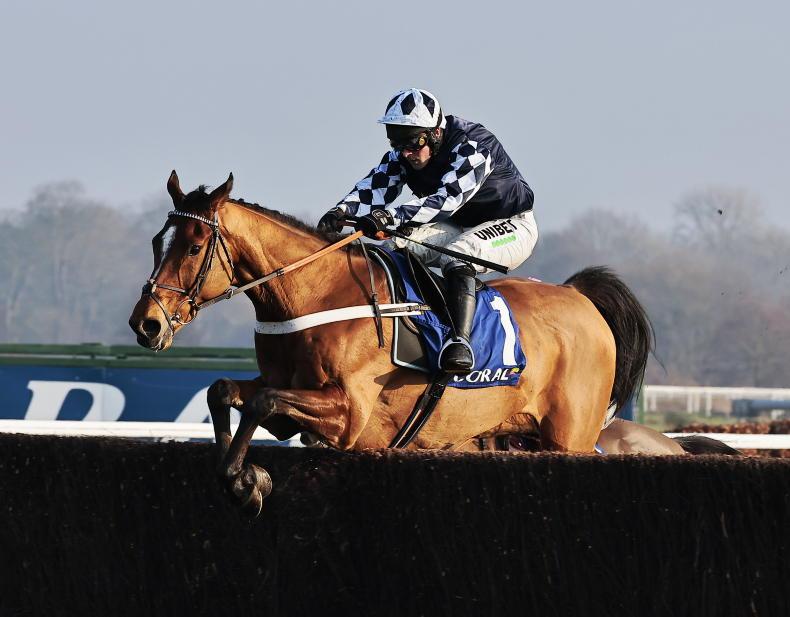 Rock On Pedro boasts just about the best piece of previous hurdles form in this race, courtesy of his fourth placed finish on his debut at Wexford. A fair middle distance handicapper on the flat, he has winning form on soft ground. With normal improvement from his initial outing over jumps, he should be capable of going close.

Ace Aussie was a far superior type on the level but has stamina to prove now, especially on the forecast ground. He shaped with a degree of promise on his hurdling debut at Down Royal last month but may not want this to develop into a slog.

Champ Kiely is difficult to oppose in his bid for a three-timer under rules. The Willie Mullins-trained gelding was hugely impressive when winning on his hurdling debut at the Galway festival. Prior to that, he had landed his bumper on much easier ground at Limerick. He might just be a very smart horse, who can go on to better things.

Lieutenant Highway won’t be easily beaten, as the Gordon Elliott-trained horse has won his last four starts. The application of cheekpieces has brought about a big improvement in form. While his most recent form has all been on good ground, the son of Fame And Glory was placed on soft ground last winter.

Unexpected Depth could be worth chancing on his return from a summer break. The Oliver McKiernan-trained gelding tends to run his best races when fresh, a case in point being his easy Punchestown win in 2020, on the back of a long absence. A former course and distance winner, the eight-year-old will appreciate any give underfoot.

Blanketontheground, who ran well here earlier in the week, is another that will not be inconvenienced by rain. Although yet to prove she truly wants this far, the locally owned mare has run well on a couple of occasions when faced with this distance.

Indie Belle should be spot on for this assignment following a promising reappearance at Galway. Trainer Robert Widger has done well at this fixture in the past and the daughter of Flemensfirth has possibly been laid out for this. A winner at Punchestown last February, she subsequently ran a big race in much stronger company when second at Leopardstown.

Feyan would be an interesting contender if taking up her engagement. Due to run here on Friday, the former Robert Tyner-trained mare is well treated off this mark, especially when taking the claim of Gary Noonan into consideration.

Kilashee, who gained one of her two career wins at this track last year, can repeat that feat. Having made all the running 12 months ago, the John Ryan-trained mare stayed on strongly in determined fashion. Although without a win subsequently, she has run some solid races in defeat.

Alice O’Byrne could be an interesting outsider now that she gets her favoured ground. Having shown promise for Henry De Bromhead a couple of seasons back, she later went point-to-pointing and won a race.

Falco Blitz is a tentative pick in a tight knit handicap. Formerly trained by Nicky Henderson, the eight-year-old has been pulled up in three of his last five starts. However, when he has completed, he has looked smart, particularly when winning at Kempton in January. Eric McNamara loves to train a winner at this meeting and will have his new recruit primed for this race.

Mattie’s Mountain ran a big race in a novice chase here earlier in the week, so has to be considered now switching to handicap company. While lacking the experience of a few of these rivals, he could just be on a favourable mark.

Goodnightngodbless can go two places better than her close third in last year’s renewal. The James Motherway-trained mare was well backed and looked like landing the gamble when leading over the last. However, she was reeled in close home and had to settle for minor honours. Now better off at the weights with the first two, she can gain her revenge.

King Ferdinand catches the eye towards the bottom of the weights. A winner over hurdles for Tom Lacey last season, he makes his chasing debut here off what appears a fair mark. Maxine O’Sullivan is one of the better riders in this contest and her claim could prove invaluable.

Realistic Optimism has plenty of racing experience, as well as just about the best form in this finale. Ross O’Sullivan has been having a terrific year under both codes and this Sageburg gelding can give him further cause for celebrations.

Eoin McCarthy sets punters a real puzzle by running three in the race. One For Lucy, who was declared to run here on Friday, would be the pick were she to skip that engagement for make a quick reappearance.

Next best: One For Lucy