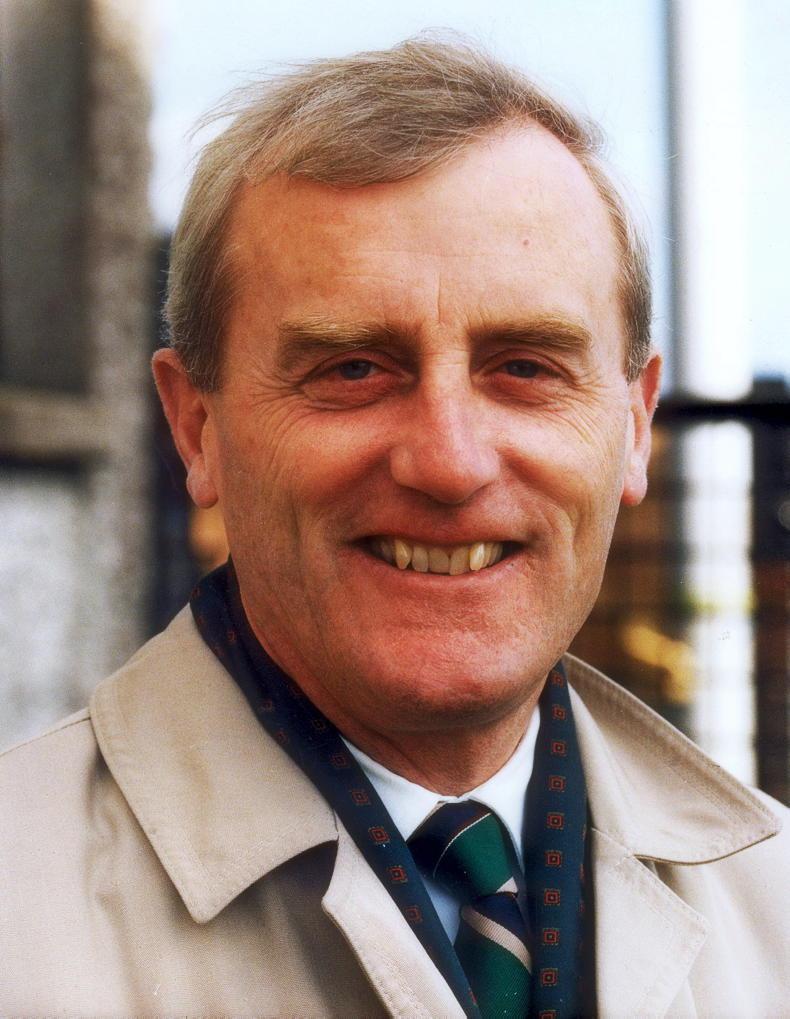 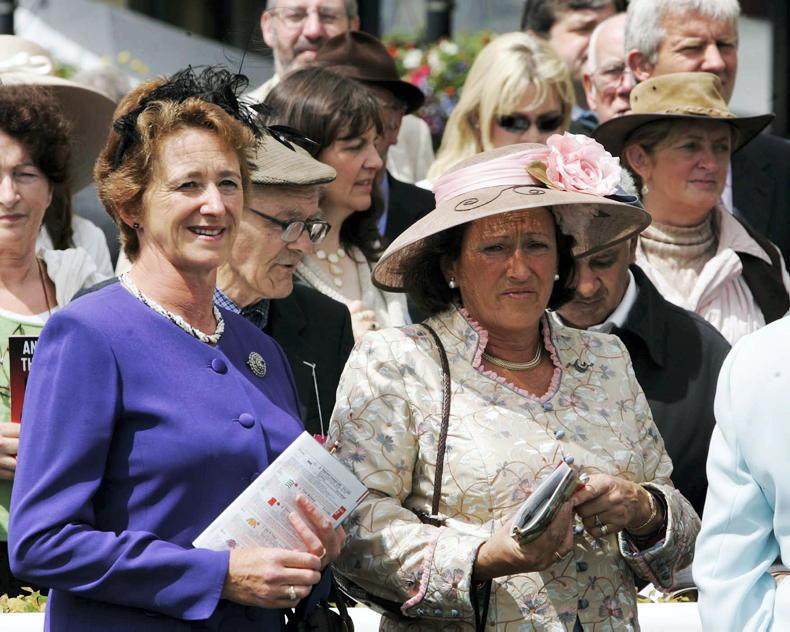 The two daughters of Lelia Cooke, Derna Dwyer and Coral Pritchard-Gordon, at the Curragh \ carolinenorris.ie 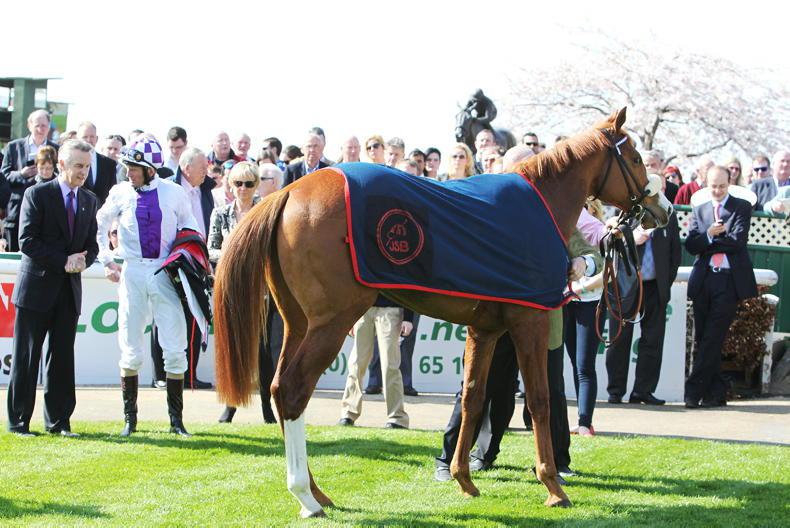 Kevin Manning briefs Jim Bolger after Dawn Approach, the first runner for his sire New Approach, won at the Curragh \ carolinenorris.ie
Previous Next

IN October 1970, Michael Osborne arrived at Tully to take over as manager of the Irish National Stud. In six months time, and exactly 12 year later, he moves on to the North Ridge Stud, Kentucky. Why, at the age of 47, is Michael Osborne leaving? Quite simply, he is the boss of a semi-state company, and frustration has driven him out.

When he was appointed manager 12 years ago he had little to lose. He had become a successful veterinary surgeon in the Naas area, and looked for the post almost as an optimistic afterthought. Therefore, he was amazed when he was selected from literally hundreds of applicants.

He was given a contract and knew little of the red-tape world of civil servants that would eventually strangle him. In 1978 the Irish National Stud was the first company to be the subject of the report of the joint-committee on state-sponsored bodies, and issued a memorandum of activities from 1970-78 to help the committee.

As Osborne put it this week: “Not one recommendation was carried out, although the Irish National Stud board did everything in its power. The trouble is one is dealing with faceless people who do not have bias, but worse still, have no interest. You’d expect a reasonable hearing, but it ain’t so.”

If 1978 held a glimmer of hope following the November meeting with the joint-committee, then 1979 was soul destroying, and probably did more than anything to force Osborne to leave. For some time the stud’s board has been lobbying for Osborne, now managing director, to be paid a reasonable salary.

The opposite happened. The infamous Devlin Report actually had him downgraded from III to IV of the five grades for semi-state managers, with an insulting salary by commercial values of between £13,500 and £15,000 per annum. Also, to make matters worse, the stud, although the property of the Minister for Agriculture, was rented to the Minister for Finance. Therefore applications for funds had to wind its way through two departments.

THE name of Lelia Cooke, who died on Friday, March 23rd, will not be found too often in the record books of Irish racing, as for much of her lifetime women could not hold a licence to ride or train.

Despite these restrictions, she will be remembered by her peers as one of the great Irish horsewomen of the 20th century. Three of the world’s top jockeys, Kieren Fallon. Michael Kinane and Johnny Murtagh, took time to attend her funeral last week, which says much about the respect that she commanded among the racing professionals.

She was born in New York in 1915, where her father Cecil Brabazon was employed as rider and trainer for Ambrose Clarke. It was when the family returned to Ireland and settled at Rangers Lodge on the Curragh that Lelia’s illustrious career in the saddle started in earnest.

She won many classes at local shows, she excelled in the hunting field, but it was as a work rider, in the company of such greats as Joe Canty, Tommy Burns, Morny Wing, Martin Quirke, Ted Gardner, Charlie Smirke and her younger brother, Aubrey, that she excelled.

Those who witnessed her riding skills all share the certain belief that she would have made a top-class flat jockey had women not been barred from having a licence.

Lelia’s marriage to Captain Paddy Harbord soon after the end of the war produced two daughters, Coral [Pritchard-Gordon] and Derna [Dwyer], both of whom are closely involved in racing. Coral is a well-known figure on the world’s racecourses, lending invaluable support to her partner, Sir Michael Stoute, while Derna has also been involved in racing at the highest level as secretary to Vincent O’Brien, and later at Sheikh Mohammed’s Kildangan Stud.

Paddy Harbord founded the Curragh Bloodstock Agency with his brother-in-law, Aubrey Brabazon, in 1948. Following his untimely death, Lelia acted as a director of the company for many years. Her thorough knowledge of horses and her many contacts in the racing and breeding world were invaluable assets.

Lelia lived life in a hurry. When she finally slowed a little in her last few years it allowed time for her to reveal some untold stories. She casually remarked one evening that she had been the first girl to ride at Royal Ascot. Her father was running a colt named Knight’s Caprice at the 1939 meeting, and wanted to give him his final piece of work the morning before the race.

Cecil Brabazon asked Noel Murless if he thought that it would be alright for Lelia to ride the horse. Murless warned him that it would certainly not be permitted for a girl to be seen riding exercise on the royal turf. Lelia was having none of this archaic prejudice, so she tucked her hair under her cap to look like a lad, and proceeded to gallop the horse in defiance of the protocol of the time.

It also emerged that one of her pupils was Prince Aly Khan, who spent some of his summers at Curragh Grange, the home of his father’s stud manager, Sir Henry Greer.

Leila was unimpressed by Aly’s formal, military style of riding, and she wasn’t shy about telling him to pull up his leathers and ride like a jockey!

Humour and an enthusiastic curiosity seem to be common to all who achieve great age. Lelia met her last days with the courage and dignity that had been the hallmarks of her long life.

Ridden by Joe Canty, Knight’s Caprice finished fifth in the 28-runner Wokingham Stakes at Royal Ascot in 1939, and next time out won the 23-runner Stewards’ Cup at Goodwood]

JUST as he did last year, Jim Bolger landed the first two-year-old event of the season, as Dawn Approach justified his position as the evens favourite for the Tally Ho Stud EBF Maiden.

From the first crop of Bolger’s outstanding champion New Approach, the relation to the talented juvenile Galantas was kept close to the pace by Kevin Manning. Dawn Approach, who carries the colours of Jackie Bolger, moved to the front nearing the last furlong, and from this point on he was always in charge. He looked to have something to spare in defeating Canary Row by a length and three quarters.

“He’s a very laid back colt and we were hoping he’d run well, but you never know what’s in these races,” reflected Bolger.

“He’ll improve from this and from a longer distance too. He’ll move himself up in class.”

[Just as his sire had done five years earlier, Dawn Approach went on to become the champion European juvenile, his six wins that year including the Group 1 National Stakes and the Group 1 Dewhurst Stakes. The following year he doubled his Group 1 tally when he won the 2000 Guineas (by five lengths) and the St James’s Palace Stakes.

Now standing at Jim Bolger’s Redmondstown Stud, Dawn Approach’s best son is Poetic Flare who himself won the Group 1 2000 Guineas and Group 1 St James’s Palace Stakes in 2021, while another son Madhmoon was runner-up in the Derby]