The Irish event team including Dromore native Susie Berry qualified for the 2024 Paris Olympics at the World eventing championships in Pratoni, Italy 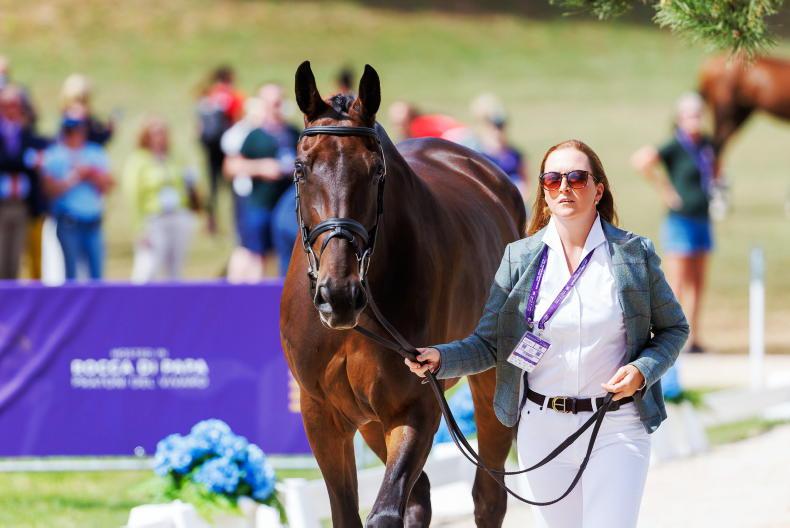 MANY congratulations to the Irish event team who, on their first attempt in this cycle, joined the show jumpers when qualifying for the 2024 Paris Olympics at the World eventing championships in Pratoni, Italy last weekend.

Twelfth of the 16 teams after dressage, the Irish quartet climbed to fifth after cross-country on Saturday and maintained that position on Sunday when the show jumping phase had a huge effect on the result.

Three of the Irish riders exited the arena having left poles on the ground but Dromore native Susie Berry, who was first of the team to take on the final phase, recorded a superb clear round on Helen Caton’s Monbeg My Design. Only 12 of the 68 starters on day three managed to go clear.

Susie’s mother, veterinary surgeon and breeder Callie Berry, travelled out to Italy to cheer on her England-based daughter along with her good friend and neighbour Gwen Persse, another avid supporter of the 26-year-old.

“’Arthur’ is a very careful jumper and loves that phase but, I have to say, that, despite the pressure, Susie was a cool wee dude,” said a very proud mother.

All set for Toomebridge start

BY Wednesday of this week, 34 point-to-point certificates had been registered for horses owned by Wilson Dennison, all are geldings and all but two are a mixture of four- and five-year-olds.

Colin McKeever will be training most of these at Loughanmore, but Wilson’s daughter, Caroline McCaldin, will have charge of seven in her increasing string, while two are in training with James Lambe who has four horses of his own to run between the flags.

There will be a point-to-point at Moira on Saturday, October 8th, at Portrush on October 15th and at Loughanmore on October 22nd.

THERE are a couple of paintings by the late Basil Blackshaw in the upcoming sale of Irish and international art being held by Dublin firm Whyte’s on Monday next, September 26th.