Britain's Charlotte Cooke has a good trip to Millstreet when, among her results, was a win in the Carr & Day & Martin CCI1*-Intro 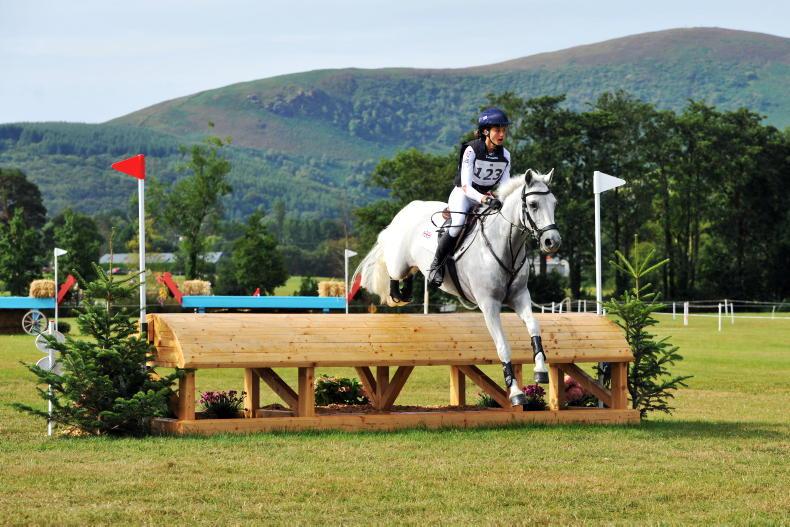 THERE were only three non-Irish riders in the 28-runner Carr & Day & Martin CCI1*-Intro at last week’s Millstreet International Horse Trials but two of these finished first and second as the dressage winner, Ireland’s Noah Brown, picked up eight show jumping penalties to drop to third with Mr Diceman (34.8).

On her previous trip out of Britain, Charlotte Cooke had been eliminated when falling on the cross-country phase of the European Pony championships in Strzegom with Liscannor Tulira. She rode that Connemara gelding in the CCIP2-S here, finishing third, then partnered his stable-companion, another Connemara, Midnight Dancer II, to land the Intro class.

This despite adding four show jumping penalties to the dressage score of 27.3 she was awarded by Britain’s Tim Downs (C) and Ireland’s Paula Geiger (M) and John Lyttle (E).

Midnight Dancer II, who won a similar class at Blair Castle roughly a year ago for Cooke, previously competed for Britain under members of the Healy family. He won team and individual gold at the Europeans in Strzegom in 2019 in the hands of Finn whose sister Ellie claimed team gold on the grey the previous season. The 12-year-old Ardgaineen Boy gelding is out of the Gentle Dancer mare Dawn Dancer.

Although competing for the second time this year for her native Denmark, Charlie Walshe, who finished second on Herobrine (33.2), has lived in Co Westmeath for many years. Walshe and the 10-year-old Black Sam Bellamy gelding recorded a hat trick of victories at EI100 (Amateur) level this season before finishing third, on their dressage score, at the Kilguilkey international in late July.

The very well-related Herobrine was unplaced in two point-to-points and a maiden hurdle in the 2016/17 National Hunt season when trained by Andrew McNamara. He was first produced on the event scene by Walshe’s daughter Sofie.

Australian riders Bill Levett and Sammi Birch left Millstreet with the Carr, Day and Martin prizes awarded at the trot-ups for the CCI4*-L and CCI3*-L respectively. Peter Dillon kept the CCI2*-L prize at home in Ireland.