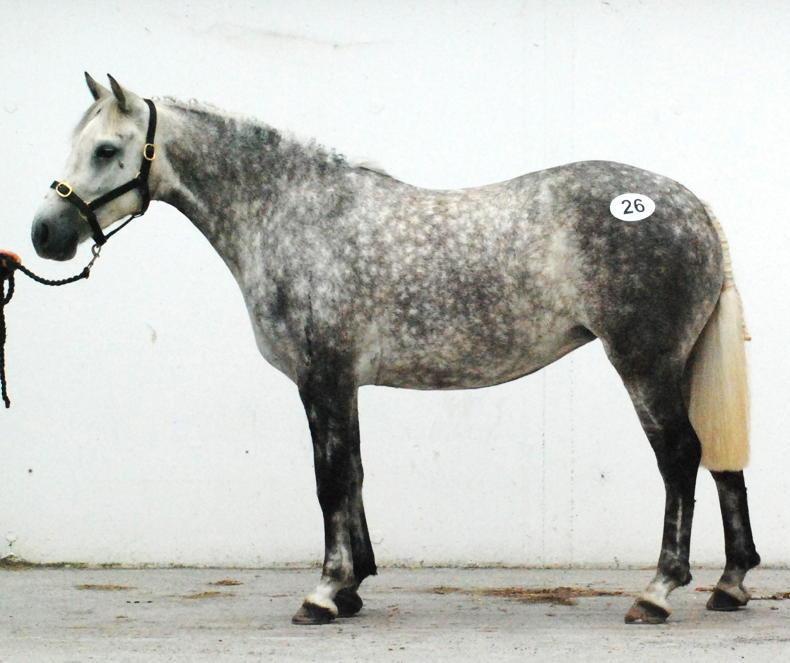 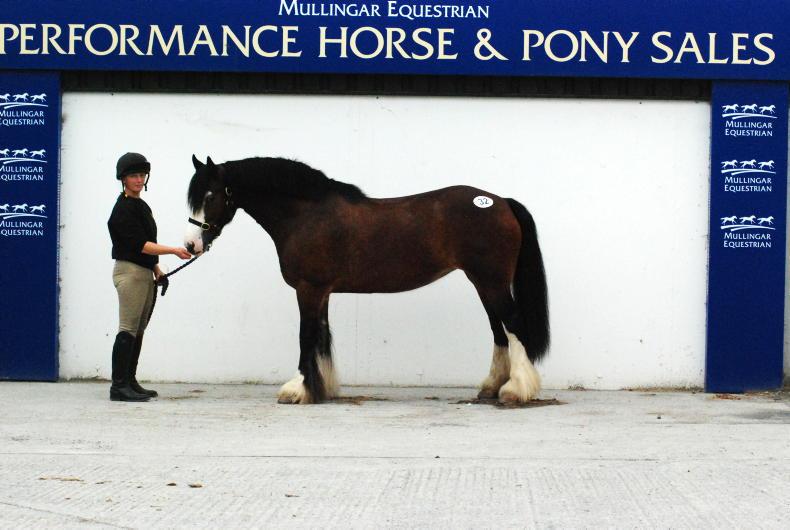 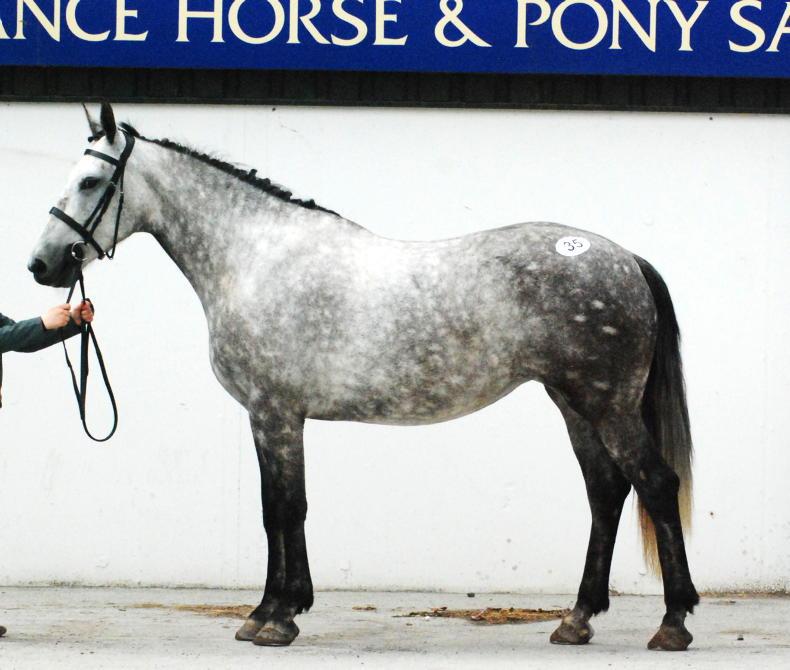 THE very busy Mullingar Equestrian Centre was the venue recently for a one-day performance sale where the two top lots sold were 14.2hh ponies.

There were 45 lots in the catalogue for three-year-olds and upwards and there was a strong trade in animals with experience, ready to progress for their new owners.

Britain’s Hannah Taylor was easily the busiest buyer with seven of the 18 lots sold being knocked down to her including the top-priced Rulahisu Juliet (Lot 26) who was consigned to the sale by her breeder, Jim Ryan of Kilcreene, Co Kilkenny.

Secured by Taylor for €8,200, the traditionally bred six-year-old grey, who has 60 Showjumping Ireland points to her credit, is by the Connemara stallion Grange Bobby Sparrow. She is the eighth of 10 foals registered on CapallOir out of the Diamond Mine mare Ruby Rebel who jumped and is dam of seven other ponies who have jumped in affiliated company.

The best known of these is the 2012 Burning Daylight mare, Burning Rebel while Rulahisu Juliet’s eight-year-old full-sister, Coco Rebel, won an EI90 (Amateur) class at Ballindenisk in May on her seasonal debut and was third next time out at Grove last month.

Taylor gave €7,900 for Corries Robs Stan (Lot 11) who, too, was consigned by his breeder, Juliet Holman from Bagenalstown, Co Carlow. Also six and grey, this gelding is one of just four registered produce by Corries Rob, a son of Kings Master, and is said to be out of a Connemara mare. This pony was described as being “an excellent show jumping or eventing prospect for a keen rider”.

Since gelded, the 10-year-old Corries Rob was also listed in the catalogue and, as Lot 33, was sold by Holman to Taylor for €5,700. While Taylor was the official purchaser, bidding at the sale was carried out by partner Patrick O’Gorman. “We love going to Mullingar Sales,” commented Taylor. “It’s always a lucky place for us to buy good quality, genuine animals. We were delighted once again with the quality and also the suitability of the horses and ponies for the customers on whose behalf we source them. I feel the market is still strong at the moment and the demand for good quality stock still remains.”

Two horses made €6,800 apiece, the first of them being Ballyporeen Holly (Lot 32) who was purchased by north Co Dubin’s David Ensor. An 11-year-old black cob with Riding Club and hunting experience, this mare was sold by Rathmullan’s Raymond Orr, father of National Hunt jockey Conor Orr and his younger brother Oisín, twice champion apprentice here in Ireland and now stable jockey at the powerful Richard Fahey yard in North Yorkshire.

“Raymond bought the mare a year ago to get back into riding but, for one reason or another, this didn’t happen,” said Orr’s partner, Rachel Carton, chairperson of Letterkenny Riding Club. “The mare was lying idle, which suited her to a tee, but was a terrible waste of a cob. Geography counts against us when we advertise on horse-marketing websites or social media. People see Donegal in the ad and reckon it’s just too far to go to check one out, especially with the current price of fuel, so it made sense to bring her down to the sales.”

It was Taylor again who had the final successful bid on the six-year-old Irish Draught mare Lilly’s Kingdom (Lot 35) who was consigned by Westmeath-based German native Chris Josewski. Lightly hunted as a four-year-old and with some training show experience behind her, this grey daughter of King Alton was bred in Co Offaly by Ollie Lowry out of the Star Kingdom mare Dappled Daisy.

Mullingar Sales are now taking entries for their annual Select Show and Auction of Irish-born hunters and eventers which is scheduled for Thursday, September 15th. Entries close by the end of this month with the selection and video day set for Tuesday, August 30th.